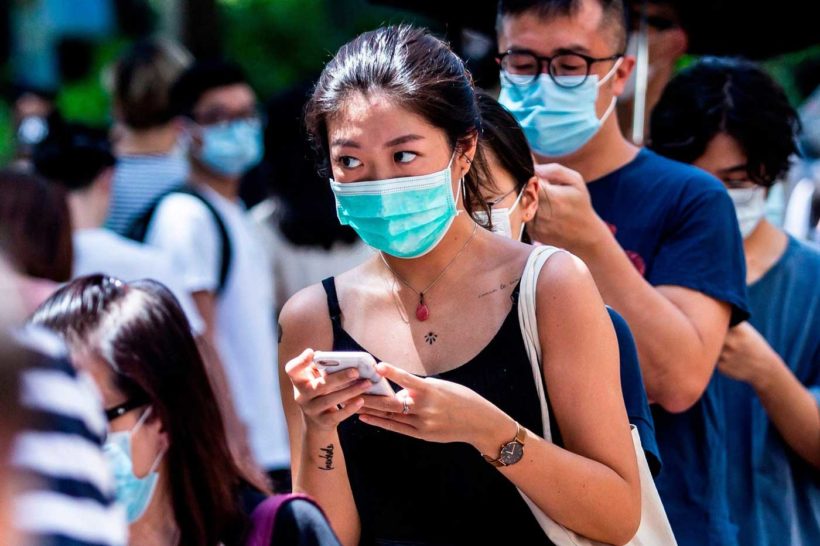 In Hong Kong, no matter where you are, your private conversations, business chats, social media posts or school lectures can be reported to the authorities.

(by Darryl Coote, UPI) — The Hong Kong Police Force launched a hotline on Thursday for residents to inform on those they believe have broken a controversial “national security” law implemented in the summer by China’s communist government.

The Hong Kong police force (which is controlled by China’s Communist Party) announced the launch of the hotline in a press release on Thursday, saying it was done “with a view to facilitating members of the public to provide or report national security-related information.”

“This hotline is solely for receiving national security-related intelligence, such as information, photos, audio or video clips,” the statement read. “The hotline will not give any replies or be answered.”

The hotline is available through WeChat, text messaging and email, it said, claiming that all data collected will be handled in accordance with the Personal Data (Privacy) Ordinance and police will not collect any personal data and will not provide any information to a third party.

In July, after nearly a year of pro-democracy protests in Hong Kong, Beijing (the Communist Party of China) implemented a draconian national security law that outlawed acts of secession, sedition, subversion, terrorism and working with foreign actors to undermine the national security of China in the former British colony.

The law was met with widespread international condemnation and calls from democratic countries and rights groups for it to be repealed. U.S. Secretary of State Mike Pompeo has described it as the “death knell” for the autonomy Hong Kong was promised by China when it returned to Beijing rule from Britain in 1997. 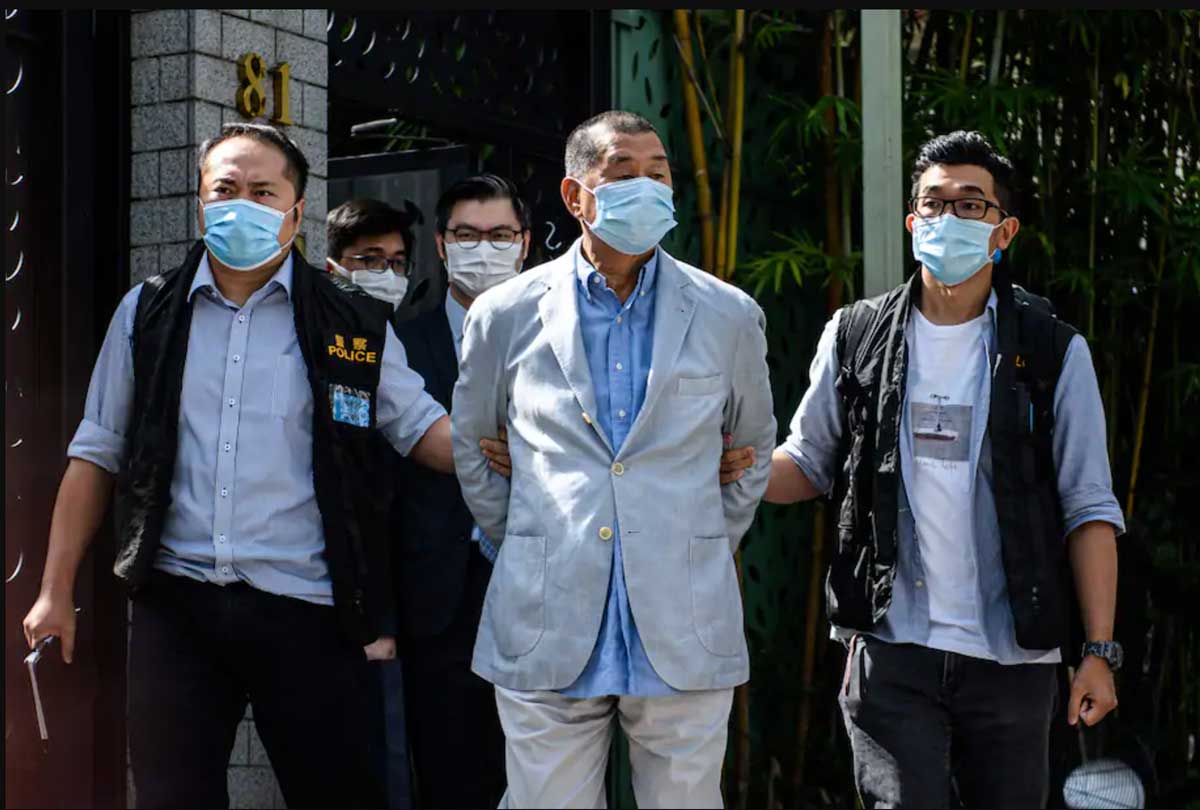 Police lead pro-democracy media mogul Jimmy Lai, 71, from his home after he was arrested under the new national security law in Hong Kong on August 10. (Vernon Yuen/AFP/Getty Images)

Carrie Lam, Hong Kong’s chief executive who is backed by China’s Communist Party, defended the law saying it would protect the region’s autonomy and would only target “an extremely small minority of criminals.”

Lam Cheuk-ting, a lawmaker with the Democratic Party, told RTHK’s Hong Kong Today that the hotline will have a “chilling effect” on Hong Kong as it encourages residents to accuse one another.

“The Hong Kong people will think twice when they speak to each other in relation to any political topics, they will doubt whether their political stance will be reported,” he said.

Amid reports last week that police were considering to launch the hotline, Joshua Wong, a prominent pro-democracy protester, said via Twitter that the tipline will be a threat to everyone, whether they are Hong Kong residents or foreign nationals.

“No matter where you [are], your private conversations, business chats, social media posts or school lectures can be reported via this new hotline,” he said. “By putting ‘eyes and ears everywhere,’ the hotline can also be used for business retaliation, by encouraging citizens snitching on each other & cooking up charges against business competitors, just like what happened during China’s Cultural Revolution.”

Published at UPI .com on November 5. Reprinted here for educational purposes only. May not be reproduced on other websites without permission from United Press International.

2. What is the purpose of the communist-controlled police hotline in Hong Kong?

3. What “assurance” does the communist-controlled police statement give Hong Kong residents?

4. What does the “national security” law do?

5. How did the free world respond to China’s draconian law for Hong Kong?

6. a) Who is Carrie Lam?
b) How did Carrie Lam attempt to defend the law?
c) What proves Ms. Lam’s claims to be false?

7. What ominous effect is the law having on free speech, according to lawmaker Lam Cheuk-ting?

8. Many law enforcement agencies maintain a tip line to enable citizens to report suspicious activities that appear criminal, or to provide information about a particular crime currently under investigation.
a) How is China’s Hong Kong tipline different from the purpose of tiplines in free countries?
b) What did pro-democracy protester Joshua Wong say about the “tipline?” Be specific.
c) What is your response to Mr. Wong’s tweet? 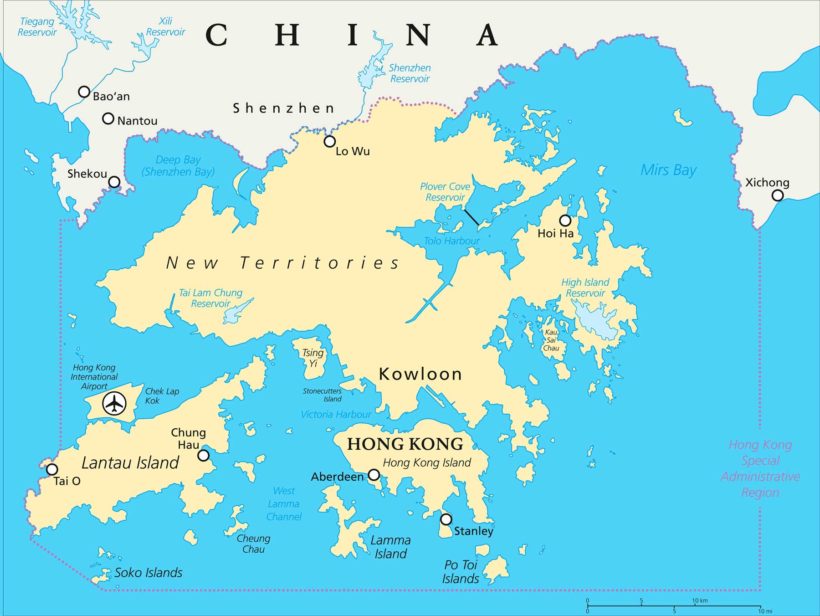 [The New Territories is one of the three main regions of Hong Kong, alongside Hong Kong Island and the Kowloon Peninsula. It makes up 86.2% of Hong Kong’s territory, and contains around half of the population of Hong Kong. (from Wikipedia)]

The details of the law’s 66 articles were kept secret until after it was passed. The law came into effect June 30, an hour before the 23rd anniversary of the city’s handover to China from British rule.

On July 1, the day after China passed the “National Security” law for Hong Kong, pro-democracy protesters were out to voice their support for free speech. Vox reported on July 14: