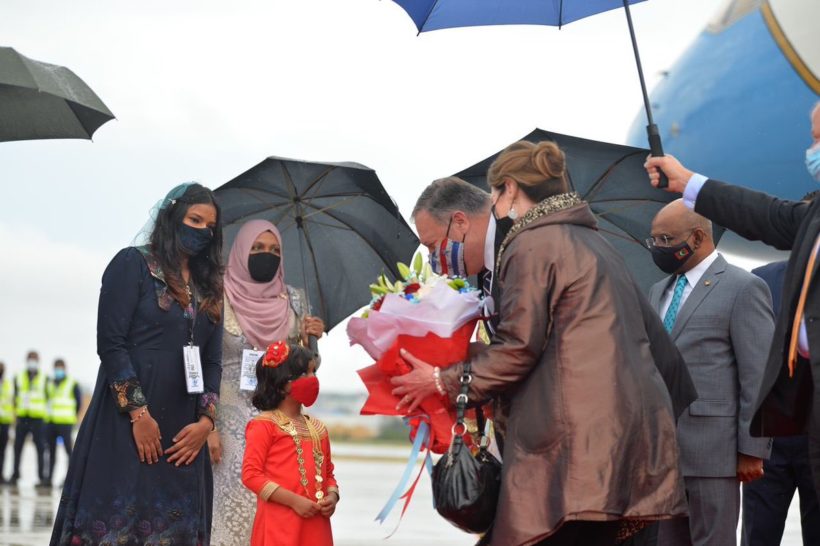 NOTE: Republic of Maldives, also called Maldive Islands, is an independent island country in the north-central Indian Ocean. It consists of a chain of about 1,200 small coral islands and sandbanks (some 200 of which are inhabited), grouped in clusters, or atolls.

(from the Times of India) — The US will open an embassy in Maldives, Secretary of State Mike Pompeo announced on Wednesday (Oct. 28) as the held talks with leadership of the strategically located island nation in the Indian Ocean, weeks after the two countries clinched a key defense cooperation agreement.

“I am pleased to announce our plan to open an Embassy in Male. Since the establishment of our diplomatic ties in 1966, we’ve seen Maldives make great progress in supporting democratic institutions, and we are proud to partner with them on regional security issues,” Pompeo tweeted.

US embassy services for Maldives is currently available from the US embassy in Colombo, Sri Lanka.

The State Department earlier said that Pompeo will travel to Male to “reaffirm our close bilateral relationship and advance our partnership on issues ranging from regional maritime security to the fight against terrorism.” 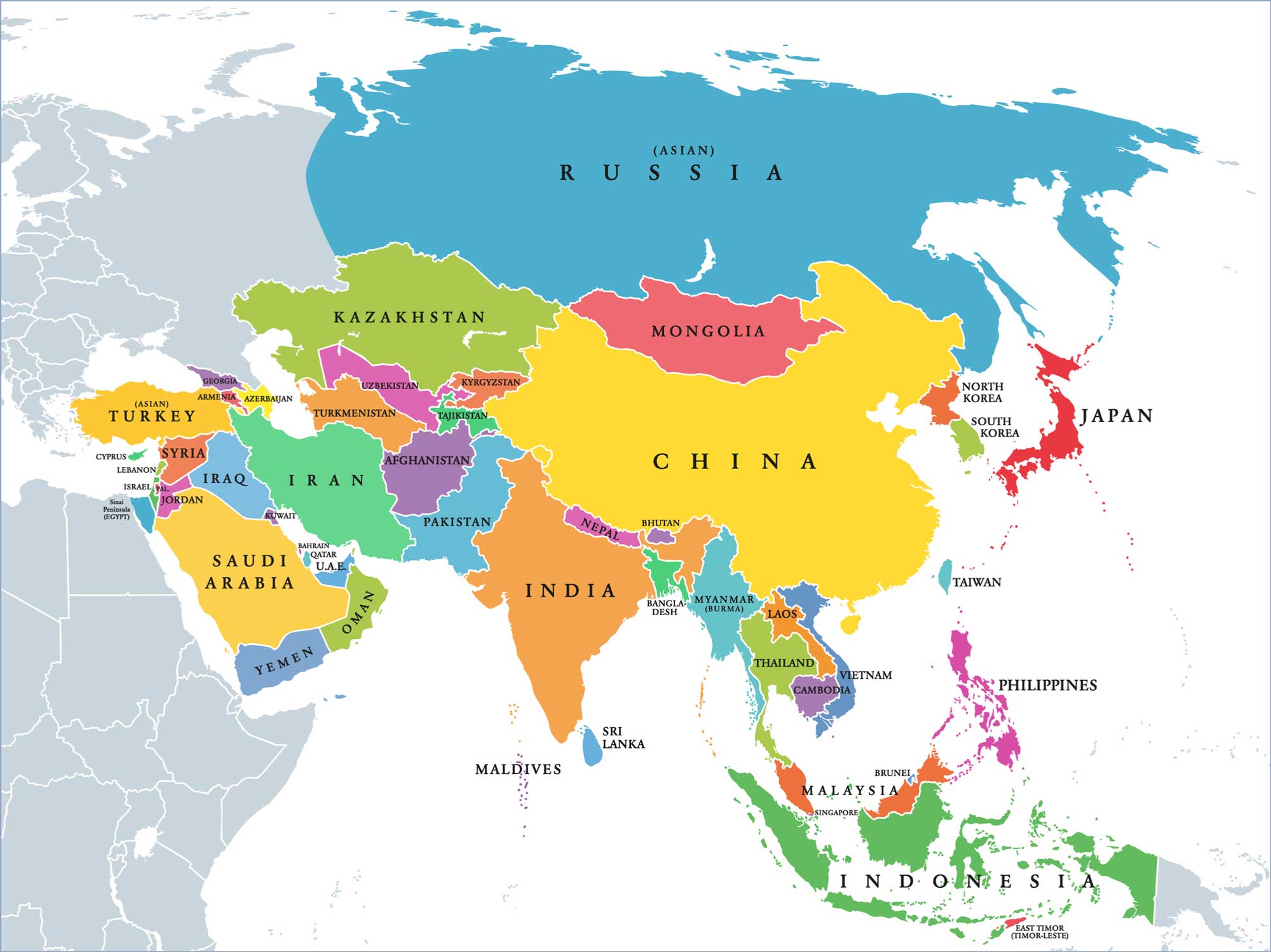 The top US diplomat, who arrived here from India and Sri Lanka after holding talks with the country’s leadership, said he had a “great” meeting with the Maldives President Ibrahim Mohamed Solih.

“Great meeting with President @ibusolih in Male. I made a historic announcement regarding our plan to open a U.S. Embassy in Maldives. We deeply value our friendship with the Maldivian people and look forward to taking our partnership to the next level,” Pompeo said in a tweet after his meeting with President Solih.

Earlier on his arrival here, Pompeo wrote that he was “thrilled” to visit Maldives.

“Thrilled to be the first Secretary of State to visit the Maldives in nearly three decades. I look forward to strengthening the U.S.-Maldives relationship and discussing our mutual interests in a free, open, and rules-based #IndoPacific region,” he tweeted.

In September, the US [signed] a defense cooperation deal with Maldives amidst the Chinese Navy’s growing presence in the Indian Ocean.

The US signed a framework for defense cooperation with the Maldives to deepen engagement in support of maintaining peace and security in the strategic Indian Ocean, as the Trump administration looks for strengthening alliances in the Indo-Pacific to counter China’s growing presence in the region.

The framework for defense and security relationship was signed in Philadelphia on September 10 between Deputy Assistant Secretary of Defense for South and Southeast Asia Reed Werner and Maldivian Minister of Defense Mariya Didi.

“The framework sets forth both countries’ intent to deepen engagement and cooperation in support of maintaining peace and security in the Indian Ocean, and marks an important step forward in the defense partnership,” the Pentagon said last month.

The Indo-Pacific is a bio-geographic region of Earth’s seas, comprising the tropical waters of the Indian Ocean, the western and central Pacific Ocean.

Defense Minister Didi said the framework will strengthen defense and security cooperation between the two countries…and that peace and security in the Indo-Pacific and Indian Ocean region is tied to the best interests of both countries.

[Minister Didi also] stressed the importance of bilateral dialogue and engagement, against a backdrop of growing transnational threats such as piracy, violent extremism, terrorism, and illicit trade, which she said remained relevant, even amidst the coronavirus pandemic.

Both sides also reiterated their commitment to a free and open Indo-Pacific that promotes the security and prosperity of all nations in the region, the Pentagon said.

The resource-rich Indo-Pacific region is where China has been trying to spread its influence. China is also eyeing to expand its influence in the Indian Ocean region. China has already taken control of Pakistan’s strategic Gwadar Port on the Arabian Sea.

China is engaged in hotly contested territorial disputes in the South China Sea, and with Japan in the East China Sea. Both the areas are said to be rich in minerals, oil and other natural resources.

Beijing [falsely] claims almost all of the South China Sea. Vietnam, the Philippines, Malaysia, Brunei and Taiwan have overlapping claims in the waterway.

Published by indiatimes .com on Oct. 28, 2020. Reprinted here on Nov. 3 for educational purposes only. May not be reproduced on other websites without permission from the Times of India.

2. Why is the U.S. opening an embassy in Maldives, according to Secretary of State Mike Pompeo?

3. a) When did the last U.S. Secretary of State visit the Maldives?
b) List the countries that currently have diplomatic missions in the Maldives.

4. What is the U.S. purpose for the defense cooperation deal the U.S. signed with the Maldives in September? Be specific.

5. The governments of both the U.S. and Maldives reiterated their commitment to a free and open Indo-Pacific that promotes the security and prosperity of all nations in the region. How is China threatening that freedom and security?

Secretary of State Michael R. Pompeo traveled to Malé, Maldives, on October 28, 2020, where he announced plans to open a U.S. Embassy in Malé and met with President Ibrahim Mohamed Solih and Foreign Minister Abdulla Shaheed.  He also highlighted the United States’ support for Maldives’ democracy and sovereignty.

THE UNITED STATES AND MALDIVES: A RAPIDLY GROWING RELATIONSHIP

Maldives, officially the Republic of Maldives, is a small archipelagic island country in South Asia, situated in the Arabian Sea of the Indian Ocean.

For previous articles on the U.S., China and the South China Sea: