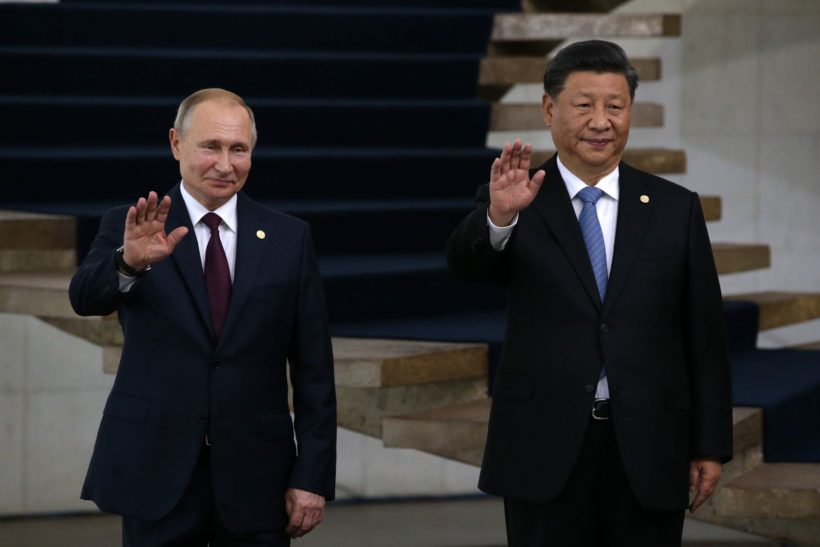 The UN’s Human Rights Council is responsible for strengthening the promotion and protection of human rights around the globe and for addressing situations of human rights violations and make recommendations on them. (from the HRC website)

(by Clyde Hughes & Darryl Coote, UPI) — The United Nations General Assembly elected Russia, China and Cuba to the Human Rights Council last week (on Oct. 13), attracting staunch criticism from the United States which accused those nations of being some of the worst violators of human rights.

Russia and Cuba ran unopposed [in their regions] while Saudia Arabia lost in a five-nation contest for four spots in the Asia region with Pakistan, Nepal and Uzbekistan.

China, meanwhile re-gained its seat [for another 3 year term] by only 139 votes, the lowest of the 15 victorious countries and a significant drop from the 180 votes it won in 2016.

U.S. Secretary of State Mike Pompeo lambasted the council over its selection of China, Russia and Cuba, saying it only further validates the U.S. decision in 2018 to withdraw from the Human Rights Council [due to the human rights abuses of several of the council’s members and also for the council’s anti-Israel bias. The council has continually adopted resolution after resolution condemning Israel for defending itself against Palestinian violence] while largely ignoring attacks/murders perpetrated by groups like Hamas. The UNHRC singled out Israel in its first year, failing to officially criticize any other country for human rights violations].

Russia hadn’t been part of the Eastern European group since 2016, while China and Saudi Arabia were part of the Asia-Pacific group that served from 2017 through 2019.

The United States, which has wavered multiple times in the past about maintaining a seat on the HRC, withdrew in 2018 under President Donald Trump, accusing the council of being “hypocritical and self-serving.”

Many in the human rights community (as well at the Trump administration) have complained about China’s treatment of the Uygur Muslim-minority population in its northwestern Xinjiang region, among other purported abuses [including China’s authoritarian takeover of democratic Hong Kong].

Russia is under scrutiny over the recent poisoning of opposition leader Alexei Navalny, the 2018 poisoning of a former spy and his adult daughter [who were living in England] and its 2014 annexation of Crimea from Ukraine.

Saudi Arabia is under suspicion for the death of dissident writer Jamal Khashoggi, a frequent critic of the Saudi royal family. Khashoggi was killed and dismembered in Turkey in 2018, but his body has not been recovered.

Human Rights Watch Director Louis Charbonneau called on the general assembly prior to the vote to rethink its consideration of the nations.

“Serial rights abusers should not be rewarded with seats on the Human Rights Council,” Charbonneau said.

Hillel Neuer, executive director of the watchdog group UN Watch – the only U.N.-accredited watchdog – bristled at the fact that China, Russia and Saudi Arabia were being considered.

“When these dictatorships win election to the U.N.’s highest human rights body…, which victims of their persecution will you be thinking about? Let’s use this moral outrage to shine a spotlight on their victims,” Neuer tweeted.

Following the election last Tuesday, Neuer tweeted that Tuesday was “a black day for human rights.

“The inmates are running the asylum,” he said.

NOTE: Read the “Background” and watch the videos below before answering the questions.

Why do you think these countries, responsible for egregious human rights violations, received so many votes?

4. a) How many votes did China receive in 2016 as compared to last week’s vote?
b) Why do you think so many countries voted for China but not for Saudi Arabia?

5. Why did the UN General Assembly vote in 2006 to replace the UN Commission on Human Rights with the Human Rights Council?

a) How effective do you think the UN’s Human Rights Council is in protecting victims of human rights abuses?
b) What do you think the world’s free countries (the U.S., the 27 member countries in the European Union, Canada and others) should do about the “Human Rights” council? Note: The U.S. is the largest provider of financial contributions to the United Nations, providing 22 percent of the entire UN budget in 2020, per wikipedia.

To promote and protect human rights around the world.

The UNHRC has 47 members elected each year by the 193 member countries of the UN General Assembly for staggered three-year terms on a regional group basis.

No member may occupy a seat for more than two consecutive three-year terms.

The seats are distributed among the UN’s regional groups as follows: 13 for Africa, 13 for Asia, six for Eastern Europe, eight for Latin America and the Caribbean (GRULAC), and seven for the Western European and Others Group (WEOG).

Two UN Secretaries General, the European Union, Canada, and the United States have accused the UNHRC of focusing disproportionately on the Israeli–Palestinian conflict, and many allege an anti-Israel bias – the Council has resolved more resolutions condemning Israel than the rest of the world combined. The UNHRC works closely with the Office of the High Commissioner for Human Rights (OHCHR) and engages the UN’s special procedures.  (from wikipedia)

NOTE: The two countries that are not members of the UN are Vatican City (Holy See) and Taiwan (because China opposes its membership, claiming it is not a country, but part of China).  Vatican City (and the Palestinian Authority) are considered to be non-member states of the United Nations, which allows them to participate as permanent observers of the General Assembly and are provided access to UN documents. Taiwan is not currently permitted observer status at the UN, due to Communist China’s opposition.

China is an authoritarian one-party political system led by President Xi Jinping who is also the Secretary General of the Chinese Communist Party. No Chinese national leader is freely elected. In March 2018, President Xi amended the constitution to eliminate presidential term limits, enabling him to rule the country indefinitely.

Under President Xi, China brutally silences criticism and dissent through a variety of tactics, including torture, enforced disappearances and arbitrary detention. The Chinese Human Rights Defenders NGO asserts that under President Xi, China has become “the most draconian and invasive since the 1980s.” According to Human Rights Watch, “human rights activists are now enduring their worst persecution since peaceful protesters took to Tiananmen Square and streets across China in 1989.”

China severely restricts basic civil liberties including freedom of expression and freedom of association. (from a report by UNWatch.org– read details on China, Cuba, etc.)

How many UN member states are not full fledged democracies? (See answer here.)