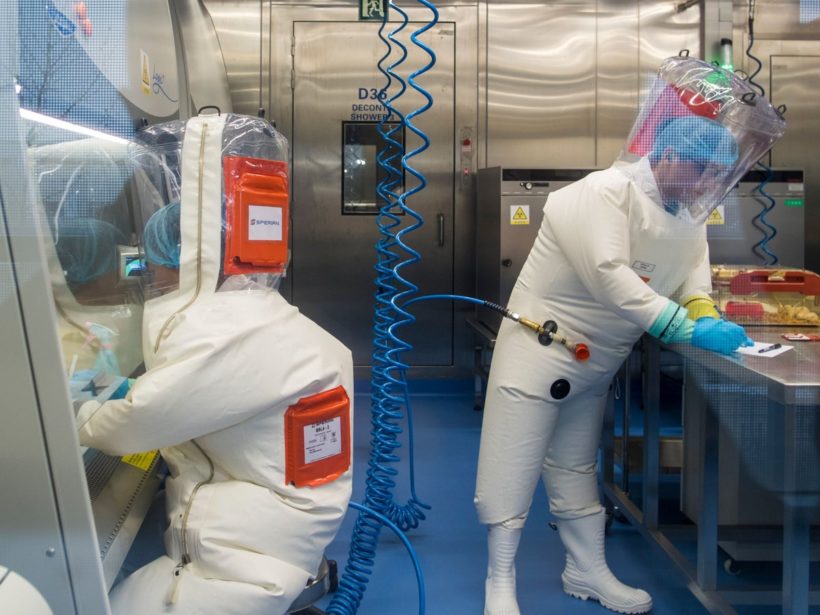 (By Joshua Rhett Miller, The NY Post) – Former Secretary of State Mike Pompeo said he is “convinced” that the coronavirus pandemic originated in a Chinese lab — and is accusing the Communist government of covering up the leak. …

“We know for sure they [the Chinese government] covered up this virus. I am confident that we will find that the evidence that we have seen to date is consistent with a lab leak and I’m convinced that’s what we’ll see. If I am wrong, I hope the Chinese Communist Party will come forward and make a fool of me.”

Pompeo made the comments following a May 23 report in the Wall Street Journal that three workers at the Wuhan Institute of Virology were hospitalized in November 2019 with symptoms consistent with both COVID-19 and seasonal illness.

Pompeo said he discussed the possibility that the pandemic — which has killed more than 3.4 million worldwide as of Monday — started as a lab accident early on with then-CDC Director Dr. Robert Redfield in early January 2020.

Authorities in Beijing have claimed the first confirmed case of COVID-19 was identified on Dec. 8, 2019.

The first case of the virus in the US was reported in Washington state on January 20, 2020.

“The Chinese Communist Party had gone completely dark,” Pompeo said. “They wouldn’t take our phone calls, they wouldn’t answer our questions. We sent inquires, we couldn’t get a straight answer …”

“The Chinese Communist party clearly knew they had a problem, they didn’t want the world to know it and I’m convinced they still know they have a problem and don’t want us to know it.”

Pompeo’s charge also comes just days after a group of top scientists around the globe [refuted] the World Health Organization’s claim that it’s “extremely unlikely” the deadly virus leaked from a Wuhan lab.

In a letter published in the journal Science on May 14, the researchers called for a “proper investigation” into the “viable” claim.

“Theories of accidental release from a lab and zoonotic spillover both remain viable,” read the letter.  “Knowing how COVID-19 emerged is critical for informing global strategies to mitigate the risk of future outbreaks.”

In March 2021, a joint study conducted by the [Chinese controlled] WHO and Chinese officials on the origins of the pandemic instead concluded humans likely became infected through an animal that got the virus from bats. [Following the Wall Street Journal’s report on May 23, 2021, World Health Organization (WHO) director Tedros Adhanom (who is known to be under China’s control) then had to announce that his organization’s investigative team, which dismissed the lab-leak theory as unlikely, had not sufficiently investigated the possibility].

The director of the Wuhan National Biosafety Lab, which is part of the Wuhan Institute of Virology, is [unsurprisingly] denying the Wall Street Journal’s report, according to CNN.

“I’ve read it, it’s a complete lie,” director Yuan Zhiming reportedly told Chinese government-run Global Times. “Those claims are groundless. The lab has not been aware of this situation, and I don’t even know where such information came from.”

A spokesman for Communist China’s Foreign Ministry, meanwhile, accused US officials of “hyping up” the lab leak theory.

Please note: This is the last Daily News Article post for the school year.

1. a) What does former U.S. Secretary of State Mike Pompeo believe to be true about the origin of the Covid-19 virus?
b) What does Pompeo accuse the Chinese government of doing?

2. What did the Wall Street Journal report on May 23 regarding the Wuhan Institute of Virology?

3. Read the Jan. 15 findings released by the U.S. State Department: “Fact Sheet: Activity at the Wuhan Institute of Virology.”
a) What do you conclude? Based on this Fact Sheet, is it possible that the Chinese government was working on a virus that was accidentally spread from the Wuhan lab? Explain your answer.

b) Until the Wall Street Journal released its report, the media labeled the idea that a leak from the Wuhan lab was the possible origin of the virus as “a conspiracy theory” that had been “debunked.” (Dr. Fauci also had said the evidence pointed to natural causes – that the virus most likely spread from a bat to a human.)
There are White House reporters (and State Department reporters) who would have seen this information. Why do you think the media chose to ignore the information?

4. a) What did the Chinese government do after the first case of the Wuhan virus was reported in the U.S. (on Jan. 20, 2020)?
b) What did Secretary Pompeo believe to be the reason for this reaction?

5. a) What did the WHO and Chinese officials claim in March that a study showed about the origin of the virus?
b) What did a group of top scientists publish in a letter on May 14 about the WHO’s claim about the virus origin?

6. Why is it imperative to learn where/how the virus originated?

7. Watch the videos under “Resources” below. Senator Rand Paul points out that studies on hundreds of animals show no evidence they carried the virus. What did he say about bats?

8. a) Do you think the media is doing a good job in informing the American public on Covid-19? Explain your answer. (Ask a parent the same question.)
b) Why should both Trump supporters and Biden supporters answer the same to a)?

Watch a May 24, 2021 interview with former Secretary of State Mike Pompeo:

What did Dr. Fauci know?