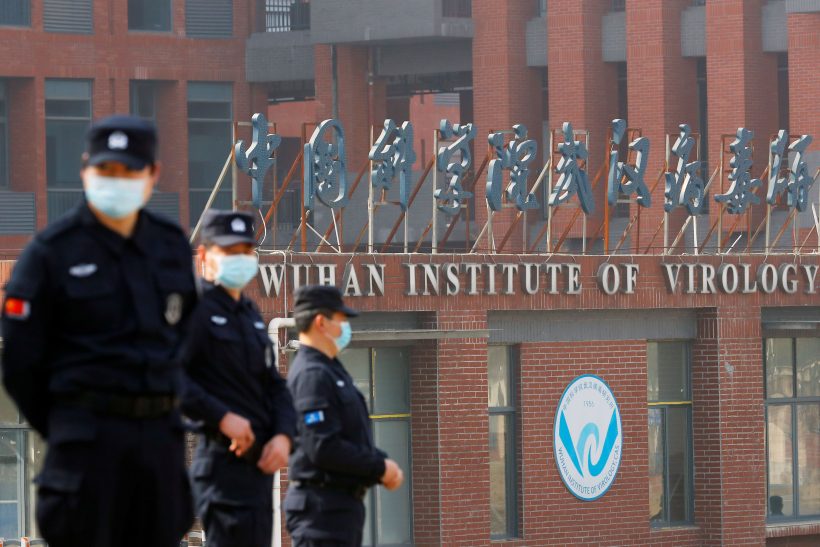 (by Joshua Rhett Miller, NY Post) — A group of top scientists from around the globe has pushed back on the World Health Organization’s conclusion that it is “extremely unlikely” COVID-19 leaked from a Wuhan lab — insisting the theory is “viable” and deserves “a proper investigation.”

Eighteen prominent scientists, including a Harvard University epidemiologist and a Stanford University microbiologist, are calling for a “transparent” and “data-driven” probe into the origins of the pandemic that has killed more than 3.34 million people worldwide as of Friday.

“Theories of accidental release from a lab and zoonotic spillover both remain viable,” the scientists wrote in a letter published Thursday in the journal Science.

“Knowing how COVID-19 emerged is critical for informing global strategies to mitigate the risk of future outbreaks.”

The letter comes after a joint study in March by the WHO and Chinese officials on the origins of the virus concluded that humans likely became infected through an animal that got the virus from bats — while a laboratory incident was “extremely unlikely.”

But the scientists who penned Thursday’s letter say the prospect of a lab leak cannot be ruled out since the theory was “not given balanced consideration” – with just 4 pages of the 313-page report devoted to it.

“Notably, WHO Director-General Tedros Ghebreyesus (who is not a doctor – see BACKGROUND below) commented that the report’s consideration of evidence supporting a laboratory accident was insufficient and offered to provide additional resources,” the letter reads, adding that “greater clarity” is within reach via additional investigation.

“We must take hypotheses about both natural and laboratory spillovers seriously until we have sufficient data,” the scientists’ letter continued.

“A proper investigation should be transparent, objective, data-driven, inclusive of broad expertise, subject to independent oversight, and responsibly managed to minimize the impact of conflicts of interest.”

Dr. Anthony Fauci, the top US infectious disease “expert” (and the highest paid employee in the federal government – at least $417,000/year)
acknowledged on Capitol Hill earlier this month that the virus could have originated in a Wuhan lab and said the possibility should be investigated further.

“That possibility certainly exists, and I am totally in favor of a full investigation of whether that could have happened,” Fauci told GOP Sen. Roger Marshall.

A year earlier, in May 2020, Fauci said the virus likely “evolved in nature and then jumped species” rather than being “artificially or deliberately manipulated.”

Fauci’s comments contradicted then-President Donald Trump and Secretary of State Mike Pompeo, who said there was “enormous evidence” that the virus originated in a lab in Wuhan, where the outbreak first emerged in December 2019. …

One of the scientists who signed Thursday’s letter, meanwhile, told the Los Angeles Times that the possibility of a lab escape should be further considered.

“We believe this question deserves a fair and thorough science-based investigation, and that any subsequent judgment should be made on the data available,” said Dr. David Relman, professor of microbiology and immunology at Stanford University.

“We’re reasonable scientists with expertise in relevant areas and we don’t see the data that says this must be of natural origin.”

2. List the who, what, where and when of this news report.

4. In their March 2021 report on the origin of the virus, what explanation did the WHO and China give as the reason for the Covid-19 outbreak?

5. What possibility did Dr. David Relman, professor of microbiology and immunology at Stanford University say should be considered?

6. What motive would China’s Communist government, run by ruler for life Xi Jinping have for claiming the spread of the virus was not caused by his government?

7. a) Read “The Problem with Tedros, Ghebreyesus, head of the WHO” under “Background” below. What should the U.S. and our allies do about this?

NOTE: In 2010, Reuters reported that WHO Director-General Margaret Chan, speaking a day after returning from a visit to North Korea, “said its health system would be the envy of many developing countries because of the abundance of medical staff that it has available.” Reuters also noted that Chan said no one was overweight in North Korea – and that she saw no evidence of starving people as had been reported by multiple news outlets.

CHALLENGE: Read a March 31 commentary by Betsy McCaughey “New WHO-China report on COVID origins is just more of the old runaround” posted in “Background” below the questions.
a) Why had a global group of epidemiologists and other scientists questioned he WHO/China report even before its release in March?
b) The World Health Organization is a specialized agency of the United Nations “responsible for international public health.” China controls the World Health Organization (WHO). What should every American learn from Betsy McCaughey’s commentary?

The Problem with Tedros, Ghebreyesus, head of the WHO:

Ethiopian Tedros Adhanom Ghebreyesus, director-general of the UN’s World Health Organization (WHO), who has a doctorate in philosophy, was previously a senior figure in one of Africa’s most repressive regimes which was strongly backed by Beijing.

He won the top job at WHO with support of China despite controversy over his time as Ethiopia’s health minister and contested claims about covering up cholera epidemics in the country in 2006, 2009, and 2011.

Tedros has also been condemned for seeking to honor the Zimbabwean despot Robert Mugabe. …..

So why would Tedros be so sympathetic to China? Perhaps it goes back to his time as a top Ethiopian politician. He served in senior roles under Meles Zenawi, who ran a brutal dictatorship with close ties to Beijing, which admired the regime’s authoritarian model of development.

Intriguingly, Tedros was accused of covering up three outbreaks of cholera during his seven years as health minister, although the claims were dismissed as dirty tactics to try to derail his bid to become the WHO boss.

Shortly after starting his new job with the WHO in 2017, he appointed Robert Mugabe as a ‘goodwill ambassador’, only to back down after furious protests from human rights groups pointing out the despot had devastated Zimbabwe’s health service while wrecking his nation.

Mugabe, as head of the African Union and a close ally of China, had helped him win the WHO post. Beijing also used its financial muscle to build support among developing nations, with Xi said to see the achievement as a sign of China’s growing strength.

Some US think-tanks have raised fears over China’s abuse of global bodies, as part of its mission to extend influence across the world – a strategy confirmed by Lianchao Han, a pro-democracy activist who once worked in China’s foreign office. ‘

At first they just wanted to participate to show they were a global power. Now China’s strength has increased, they want to dominate and direct global bodies to push their agenda and model of governance,’ he said. (Excerpted from an April 4, 2020 report by Ian Birrell at UK Daily Mail)

On Tuesday, a long-awaited joint report from the World Health Organization and Beijing provided no answers about the origins of the virus emanating from China that has killed 2.7 million people so far. Mankind is desperate for the truth, but the Chinese Communist Party is giving the world the runaround.

Meanwhile, China is conducting dangerous laboratory research on how to manipulate viruses naturally occurring in the animal world to make them lethal to humans and to “target specific ethnicities.”

The United States and 13 other countries, including Japan, the UK and Canada, immediately discredited the WHO-China report.

Even before Tuesday’s release of the report, a global group of epidemiologists and other scientists panned it because WHO investigators “had to rely on information the Chinese authorities chose to share with them.”

The report argues the virus probably spread from bats to another animal species (yet to be identified, despite testing thousands of species) and then naturally leapt to humans living in the city of Wuhan.

A fluke of nature that coincidentally occurred in the only city in China with a maximum-security research lab investigating viruses. Dr. Robert Redfield, former director of the Centers for Disease Control and Prevention, doesn’t buy it. The most likely scenario, he says, is that the virus escaped from the Wuhan lab. A mountain of circumstantial evidence supports that idea.

Wuhan Institute scientists collected viral samples from bat caves, including the virus most closely resembling the cause of COVID-19. In testing the bug, the scientists infected mice that were genetically engineered to have lungs similar in some ways to those of humans.

In fall 2019, just before the outbreak, the Wuhan Institute took its virus data offline, according to the MIT Technology Review. The institute is stonewalling.

The WHO-China report dismisses a lab leak as “extremely unlikely,” calling lab accidents “rare.” That’s laughable. Our own Centers for Disease Control and Prevention has had several near misses. Viruses can leak out of labs on workers’ clothing or accidentally infect a worker. In 2018, US embassy personnel in Beijing alerted the State Department of safety problems at the Wuhan Institute, but China resisted international monitoring.

Former Secretary of State Mike Pompeo cautions that “most signs point to the Wuhan Institute of Virology as the source of COVID-19.”

Though Pompeo is suggesting an accident, Chinese researchers admit their goal is biological weapons. The United States must prepare for this threat. Biological warfare is a top priority of China’s president, Xi Jinping. Defending against it has to be a top US priority.

Yet Washington pols are complacent. The United States lacks an extensive system of surveillance testing. When labs test specimens for routine medical reasons, they should also be randomly sampling for new viruses and bacteria invisibly invading the country. That will alert the nation, instead of letting it be caught off guard and having emergency rooms suddenly flooded with patients with an unknown disease.

The CARES Act, passed last March, provides only $500 million for surveillance testing, a token 1/60th of 1 percent of the trillions spent in response to COVID this past year. Washington pols would rather spend money on favorite causes, such as performing arts centers and bailouts for high-spending state and city governments.

The WHO-China report tells us almost nothing. But the information coming out about China’s bioweapons research is a wakeup call our political leaders should heed.

Instead, some Democrats have attacked Redfield, insisting that blaming the pandemic on a lab in China “put a big bull’s eye” on people of Asian descent. That’s nonsense. Hate crimes against Asian Americans are deplorable, but the US government must not be deterred from seeking the truth about the current pandemic and future risks from China’s viral research.  (This commentary was published March 31, 2021)
++++