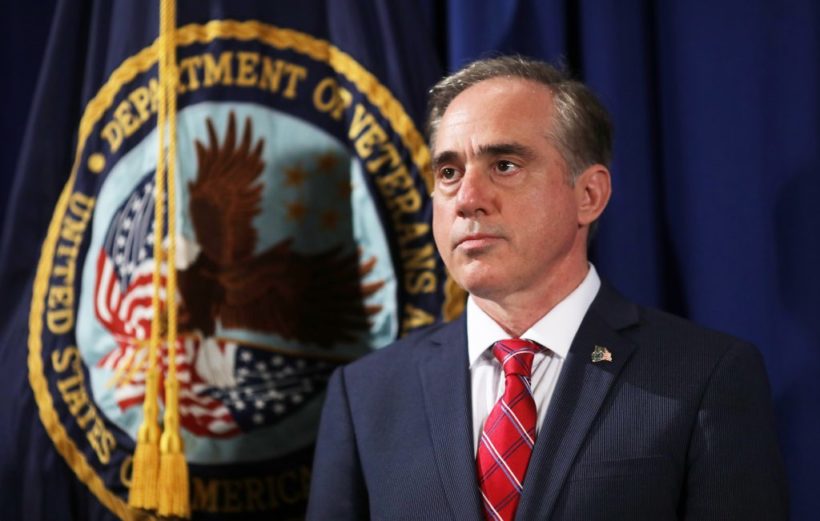 At a House hearing Wednesday, Shulkin said the VA had identified more than 430 vacant buildings and 735 that he described as underutilized, costing the federal government $25 million a year. He said the VA would work with Congress in prioritizing buildings for closure and was considering whether to follow a process the Pentagon had used in recent decades to decide which of its underused military bases to shutter, known as Base Realignment and Closure, or BRAC.

“Whether BRAC is a model that we should take a look, we’re beginning that discussion with members of Congress,” Shulkin told a House appropriations subcommittee. “We want to stop supporting our use of maintenance of buildings we don’t need, and we want to reinvest that in buildings we know have capital needs.” In an internal agency document obtained by The Associated Press, the VA pointed to aging buildings it was reviewing for possible closure that would cost millions of dollars to replace. It noted that about 57 percent of all VA facilities were more than 50 years old. Of the 431 VA buildings it said were vacant, most were built 90 or more years ago, according to agency data. The VA document did not specify the locations.

While President Donald Trump’s budget blueprint calls for a 6 percent increase in VA funding, Shulkin has made clear the government’s second-largest agency with nearly 370,000 employees will have to operate more efficiently and that budget increases should not be considered a given in future years.

The department recently announced hiring restrictions on roughly 4,000 positions despite the lifting of the federal hiring freeze and also left open the possibility of “near-term” and “long-term workforce reductions.” Shulkin is also putting together a broader proposal by fall to expand the VA’s Choice program of private-sector care.

The Pentagon’s BRAC process often stirred controversy in the past as members of Congress expressed concern about the negative economic impact of shuttering military bases and vigorously opposed closures in their districts.

Rep. Jeff Fortenberry, R-Neb., a vice chair of the appropriations panel, told Shulkin that Congress was looking forward to working with the VA “constructively” on the issue in part by determining how excess VA buildings could be put to good community use, such as for fire-fighting, security or landscape maintenance.

“Don’t ever use the term BRAC because it brings up a lot of bad memories,” Fortenberry cautioned. “You automatically set yourself up for a lot of controversy.”

In effort to curb further missteps by the department, President Trump recently signed an executive order to establish an Office of Accountability and Whistleblower Protection within the VA.

The VA has been treading carefully three years after the wait time scandal that plagued the department nationwide.

Shulkin told CBS News back in April that there’s a “bipartisan” commitment to fixing the VA under Mr. Trump.

2. How many VA buildings has the VA identified for possible closure? For what reasons would they close? Be specific.

3. How did Secretary Shulkin explain his reasoning?

4. How old are the buildings being considered for possible closure?

5. a) What is private-sector care?
b) CHALLENGE: The ongoing VA scandal, which was reported in detail in 2014 (see “Background” and “Resources” below) was about unacceptably long wait-times to see a doctor and/or specialist, and unnecessarily long wait-times to receive treatment. Instead of fixing the crisis, President Obama’s VA Secretary changed the way veterans evaluated the VA from asking how patients rated the time it took to actually see a doctor and get treated to how the patients rated the quality of the doctors and treatment they received. He then said the VA was getting great ratings from veterans. The Senate and House both have standing Committees on Veterans Affairs, yet over the years, the terrible treatment our vets receive has not improved. To fully understand the magnitude of this problem, you must read about it. (See “Background” and “Resources” below.) Do you think offering veterans private-sector care could solve the problem? Explain your answer.
c) Ask a parent the same question. Discuss your answers.

6. The problem with closing some under-utilized facilities is that those vets who do use them would have to now travel far for their medical care. Would the option of using private-sector medical care be a good solution for this problem? Explain your answer.

7. a) The crisis with VA medical care for our veterans was publicized in detail after a whistleblower doctor came forward. Many who would have done the same did not come forward because they were afraid it would cost them their jobs. What did President Trump do to protect whistleblowers?
b) What exactly will this office do?

8. a) President Trump has promised to fix the VA. Do you think he will succeed where Presidents Bush and Obama and Congress have failed for so many years? (Is he being naive? Is expecting results from Secretary Shulkin realistic? Can such a large federal government agency be fixed?) Explain your answer.
b) Ask a parent the same question. Discuss your answers.

CHALLENGE: Re-read the first sentence in paragraph 2. Re-write the sentence to make it more accurate.

From a May 5, 2014 editorial by Betsy McCaughey at NYPost:

At the end of April 2014, the nation was shocked by charges that more than 1,400 vets lingered and 40 died on a secret waiting list at the Phoenix, Ariz., Veterans Administration medical center. The list was concocted to conceal long waits for care. But what you haven’t heard is even worse: VA hospitals across America are manipulating the official electronic waiting list, and the deadly coverups have been going on for years.

The abuse was vividly documented in a March 2013 hearing of the House Committee on Veterans Affairs, more than a year before the Phoenix scandal broke.  Debra Draper, the GAO’s director of health care, told Congress that the GAO visited four VA medical sites and found that more than half the schedulers were manipulating the system to conceal how long vets wait to see a doctor. Roscoe Butler, an American Legion investigator, described seeing similar tricks. Asked if the VA could correct the problem, Draper was skeptical.

A bipartisan proposal offered by Reps. Peter King (R-LI) and Steve Israel (D-LI) urges that vets needing mental-health care be referred to civilian caregivers. (from a May 5, 2014 commentary by Betsy McCaughey at NYPost “The Lying and the Dying”)

Read StudentNewsDaily posts on the VA scandal from 2014:

View the list of results of VA wait-time probes in your state.

Did you know that Democratic socialist Senator Bernie Sanders was the Chairman of the Senate Committee on Veterans’ Affairs from 2013-2015? In a presidential primary debate, Sen. Sanders cited his involvement in “the most comprehensive VA health care bill in this country.” Read an April 2016 editorial, “The Veterans Scandal on Bernie Sanders’s Watch” (Republican Senator Johnny Isakson became chairman in 2015.) Visit the Senate Committee on Veterans’ Affairs webpage.