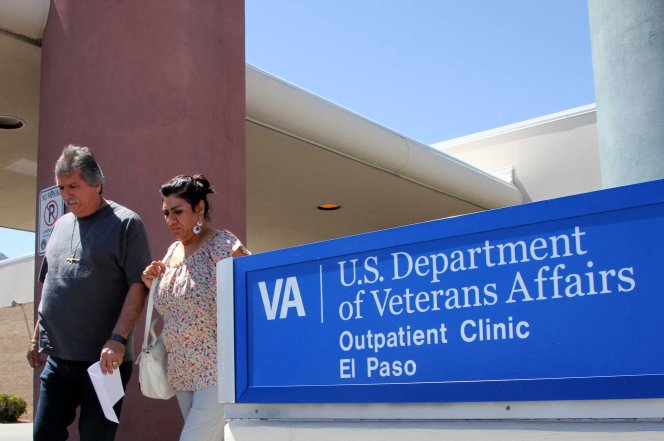 The Department of Veterans Affairs (VA) has been under scrutiny since 2014 when a cover-up of long waiting lists and shoddy medical care for veterans at a hospital in Phoenix embarrassed the Obama administration. (See “Background” below the questions.)

“The reports detail for the first time since the Phoenix VA wait-time scandal in 2014 how widespread scheduling manipulation was throughout the VA,” USA Today said.

The paper said its story was based on 70 reports released following a Freedom of Information Act* (FOIA) request from USA Today. About half of the 70 reports are from investigations that were completed more than a year ago. [*The FOIA is a law that gives you the right to access information from the federal government. It is often described as the law that keeps citizens in the know about their government. It allows for the full or partial disclosure of previously unreleased information and documents controlled by the federal government.]

Investigations launched by the inspector general into more than 100 facilities after the Phoenix scandal found that manipulations had been going on in some cases for as long as a decade, USA Today said.

Asked by Reuters to comment on the report, the agency referred to a statement it had issued in February which said the inspector general had substantiated intentional misuse of scheduling systems in 18 reports. Twenty-nine employees were disciplined as a result, the statement added.

USA Today said according to agency data, more than 480,000 veterans were waiting more than 30 days for an appointment as of March 15.

[Shea Wilkes, co-director of a group of more than 40 whistle-blowers from Veterans Affairs (VA) medical facilities in more than a dozen states, said the group continues to hear about it from employees across the country who are scared to come forward.

“Until the VA decides it truly wants to change its corrupt and poor culture, those who work on the front lines and possess the true knowledge relating to the VA’s continued data manipulation will remain quiet and in hiding because of fear of workplace harassment and retaliation,” said Wilkes, a social worker at the VA Medical Center in Shreveport, La.

This is not the first time the VA has said it would fix problems with scheduling:

In the newly released reports, investigators found schedulers were using the same strategies. Most commonly, schedulers would start the wait clock on the day of the appointment they were booking rather than when the veteran wanted to be seen. The system then showed there was no wait time even if the veteran had to wait weeks or months for an appointment.]

2. When did the scandal with VA wait-times for veterans’ medical care come to light?

3. a) Define manipulation as used in the article.
b) How did manipulation by schedulers affect how wait times were viewed?

4. a) What is the FOIA?
b) The revelation about ongoing fraud at many VA medical facilities was only revealed after an FOIA request from USA Today. How long ago were half of the inspector general’s 70 investigations completed?

In the newly released reports, investigators found schedulers were using the same strategies. Most commonly, schedulers would start the wait clock on the day of the appointment they were booking rather than when the veteran wanted to be seen. The system then showed there was no wait time even if the veteran had to wait weeks or months for an appointment.

The agency said it has retrained thousands of schedulers and is updating software to make it easier for them to book appointments properly. A pilot program at 10 facilities allows veterans to book their own appointments, and the VA expects to roll that out nationwide, according to David Shulkin, a physician who took over as undersecretary for health at the VA in June.

Shulkin told USA TODAY he also initiated two massive, same-day efforts to try to provide care sooner for more than 100,000 veterans, and he said the agency also has increased capacity to get wait times down.

a) How/who/in what way do you think the VA should be required to prove that they have completely ended the fraud at VA medical facilities? (direct reports/accounting to President Obama, to Congress, in press conferences with the media, open access to all records to independent investigators…?) Explain your answer.

b) Which presidential candidate do you think would be able to clean up the fraud at the VA (and other federal agencies)? Explain your answer.

From a May 5, 2014 commentary by Betsy McCaughey at NYPost:

At the end of April 2014, the nation was shocked by charges that more than 1,400 vets lingered and 40 died on a secret waiting list at the Phoenix, Ariz., Veterans Administration medical center. The list was concocted to conceal long waits for care. But what you haven’t heard is even worse: VA hospitals across America are manipulating the official electronic waiting list, and the deadly coverups have been going on for years.

The abuse was vividly documented in a March 2013 hearing of the House Committee on Veterans Affairs, more than a year before the Phoenix scandal broke.  Debra Draper, the GAO’s director of health care, told Congress that the GAO visited four VA medical sites and found that more than half the schedulers were manipulating the system to conceal how long vets wait to see a doctor. Roscoe Butler, an American Legion investigator, described seeing similar tricks. Asked if the VA could correct the problem, Draper was skeptical.

A bipartisan proposal offered by Reps. Peter King (R-LI) and Steve Israel (D-LI) urges that vets needing mental-health care be referred to civilian caregivers. (from a May 5, 2014 commentary by Betsy McCaughey at NYPost “The Lying and the Dying”)

View the list of members of the U.S. Senate Committee on Veterans’ Affairs

View the list of members of the U.S. House Committee on Veterans’ Affairs

View the list of results of VA wait-time probes in your state.