See the results of VA wait-time probes in your state

Posted on April 8, 2016 in Uncategorized

Following the Department of Veterans Affairs’ scandal in Phoenix in 2014, the VA inspector general launched more than 100 investigations at facilities across the country. Newly released reports from the probes reveal supervisors instructed schedulers to falsify wait times at VA medical facilities in at least seven states, and employees at 40 medical facilities in 19 states and Puerto Rico regularly “zeroed out” veteran wait times, which masked growing demand as new waves of veterans returned from wars in Iraq and Afghanistan and as aging Vietnam veterans needed more care.

ALABAMA – Tuscaloosa, VA medical center. Investigators found that leadership at the facility determined in June 2014 that a scheduler had kept a paper list of veterans when transitioning patients from general mental health to a Post Traumatic Stress Disorder clinical team. Investigators concluded there did not “appear to be any kind of guidance” from managers on scheduling policies and the supervisors “could not clearly articulate” scheduling directives. There was no evidence upper management knew about inappropriate scheduling. The center’s director said supervisors had since undergone face-to-face and online training. Completed Sept. 28, 2015.

ARIZONA – Lake Havasu, outpatient clinic. Investigators found no violations, although one employee told investigators most patients ask to be seen on the next available appointment date, which then becomes their “desired date,” a violation of scheduling directives that effectively zeros out wait times. Still, the inspector general concluded they were “clerical violations” due to a misunderstanding. Completed Feb. 26, 2015.

ARKANSAS – Little Rock, VA medical center. Investigators found supervisors directed employees to manipulate appointment dates, resulting in the appearance of lower wait times. One scheduler reported a supervisor instructed as recently as the morning of the investigators’ interview to zero out wait times. Investigators concluded two supervisors displayed a “lack of candor” about their knowledge and participation in the manipulation. Completed Feb. 24, 2015.

DELAWARE – Wilmington, VA medical center and outpatient clinics in Dover and Northfield, N.J. Investigators found schedulers had been zeroing out wait times by inputting the next available date as the “desired date.” A manager lied to investigators but then conceded she had been untruthful and blamed “nervousness and anxiety.” At the clinic in Dover, patients were listed in a book rather than the electronic scheduling system, and one doctor opined that was because “VA staff may have wanted good ratings,” although investigators concluded the list was being kept for “no malevolent purposes.” Schedulers at the clinics in Dover and Northfield also were inputting the next available date as the desired date. A supervisor directed schedulers in an email with a list of patients whose appointments showed long wait times, “I need everyone to make an exerted effort to keep these to 0 or 1 day,” effectively ordering them to cook the books. Completed Sept. 29, 2014.

GEORGIA – Dublin, VA medical center. The medical center’s director ordered an employee to cancel 1,546 referrals to non-VA care without contacting the patients in an effort to meet VA goals of reducing open referrals. The director omitted key information when speaking with investigators showing “a lack of candor.” Completed Sept. 8, 2014.

HAWAII – Honolulu, VA medical center. Three schedulers told investigators that veterans asked for the next available date so that became their desired date, effectively zeroing out wait times. One used the next available date as the desired date to get veterans off an electronic wait list. Investigators found no evidence that managers instructed employees to manipulate wait times. Completed Jan. 19, 2015.

IOWA – Des Moines, VA medical center. Investigators did not find any scheduling improprieties. They found a spreadsheet was used to track wait times but it was not a “secret list” designed to hide wait times. Completed Jan. 30, 2015.

MASSACHUSETTS – Northampton, VA medical center. Schedulers were using a fake desired date to see available appointments or using the next available as the desired date, masking wait times, which meant the mental health clinic data showed 93.97% of patients were seen within 14 days (The target was 70%). A confidential source provided records showing one veteran seeking primary care services didn’t get an appointment for more than seven months because it was reportedly “lost in the system.” The medical center also did not use electronic wait lists when it could have. Investigators did not identify any “schemes or gaming of the system” and found no “specific patient harm.” Completed Oct. 31, 2014.

MISSOURI – Kansas City, VA medical center. A cardiology clinic clerk had kept 1,032 paper records locked in a drawer rather than processing them, and at least 37 of those represented patients whose care had been delayed. Those were immediately scheduled. A review by facility clinical staff identified no specific harm to patients. Completed Sept. 2, 2014.

NEW JERSEY – Northfield, outpatient clinic. Schedulers were entering next available date as desired date, effectively zeroing out wait times. A supervisor directed schedulers in an email with a list of patients whose appointments showed long wait times, “I need everyone to make an exerted effort to keep these to 0 or 1 day,” effectively ordering them to cook the books. Completed Sept. 29, 2014.

NORTH CAROLINA – Durham, VA medical center. Investigators found supervisors routinely directed schedulers to hide actual veteran wait times by changing them in the system in a way that falsely showed they met VA performance targets. They concluded this practice was “greatly diminished” after 2010, training on proper scheduling had been instituted and supervisors were now identifying and correcting schedulers. A supervisor told investigators she found three schedulers zeroing out wait times just a week before investigators arrived. Completed Aug. 9, 2015.

PUERTO RICO – San Juan, VA medical center. Schedulers routinely used the next available as the desired dates and changed appointments that fell outside the 14-day policy, and the practice was done “under pressure” that was “clearly evident” from first line supervisors to meet the agency’s goal. Investigators found no evidence of senior management direction or knowledge of the manipulation. A current manager said schedulers were being trained on the proper policies. Completed Sept. 29, 2014.

VERMONT – White River Junction, VA medical center. Supervisors routinely directed schedulers to zero out wait times, investigators concluded. Data showed more than half of schedulers — 152 out of 293 — had zero wait times for 100 % of appointments booked during a two-year period before the investigation. One scheduler said if they didn’t, they would get “called on the carpet.” Another said they would come up on a “naughty list.” Others said they were told if that happened three times, it would affect their performance reviews negatively. As part of a “14-day-rule,” specialty and surgical care services were holding on to referrals — not putting them into the scheduling system until they could be seen within 14 days, thereby falsely showing the wait times met the VA target. Investigators also found employees used “ad-hoc methods” including a spreadsheet to track patients needing appointments, a practice that hid actual wait times. A physician told investigators that since starting work at the center three months prior she had found cancer in at least 10 patients that had been missed during earlier VA visits and that number was “conservative.” She said the pressure to see more patients and show higher productivity forced previous providers to schedule 15- to 20-minute appointments that didn’t allow for adequate exams. This was not due to wait-time manipulation as the system accurately showed long wait times for her department. Completed Dec. 16, 2014.

WYOMING – Cheyenne, VA medical center and associated outpatient clinic in Fort Collins, Colo. A manager directed the canceling and rebooking of thousands of appointments so the system falsely showed veteran wait times shorter than the VA’s 14-day goal. The manager conceded to investigators it was manipulation and “gaming” the system. Investigators did not conclude anyone received bonuses for the practices. Completed June 24, 2015. 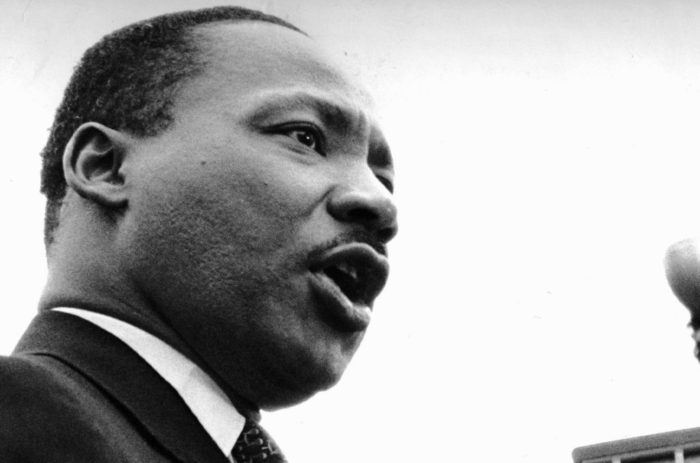 Read the speech Dr. King delivered over 50 years ago on August 28, 1963, at the Lincoln Memorial: “…I have a dream that one day this nation will rise up and live out the true meaning of its creed: We hold these truths to be self-evident that all men are created equal.” 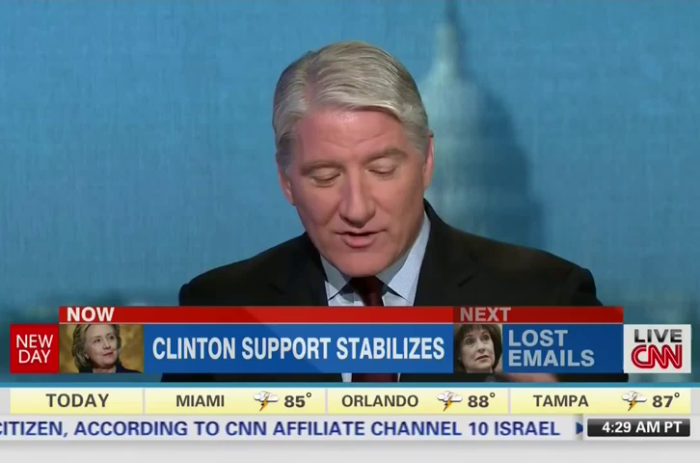 CNN host John King is more than a little bit suspicious of the Obama administration’s claim that it lost more than two years of emails belonging to Lois Lerner.

The following is a clip from the U.N. General Assembly on September 27, 2012.  Israeli Prime Minister Benjamin Netanyahu brought […]