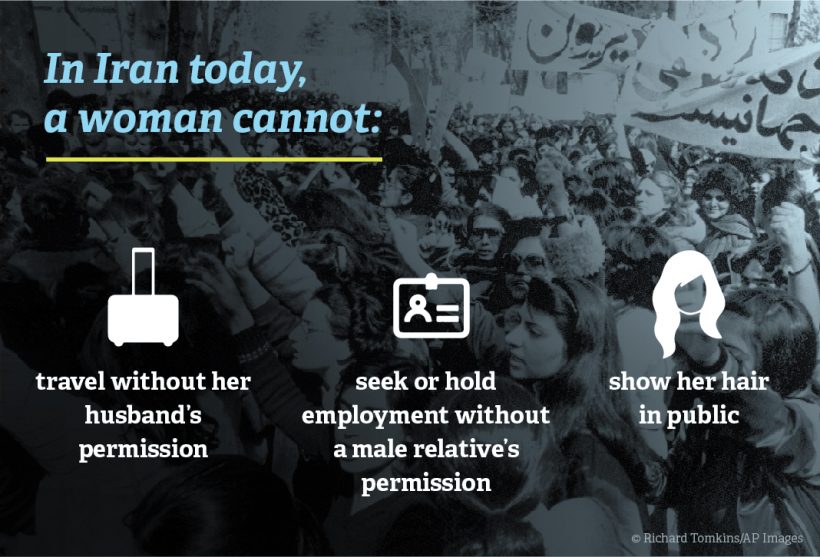 (by Milly Vincent, UK Daily Mail) — The election of Iran to the UN’s committee on women’s rights on Tuesday has been called an “insult” by activists due to the country’s [treatment of] women.

Iran was elected among five other nations to sit on the UN’s Status of Women commission, which is dedicated to the promotion of gender equality and the empowerment of women.

Of the 54 nations in the UN’s Economic and Social Council, 43 of them voted for Iran to sit on the women’s rights commission for a four-year term.  UN watchdog group  UN Watch determined that at least four nations who voted for Iran in the secret ballot must have been Western Group democracies.

Iran received the smallest number of votes of those newly elected to sit on the panel beginning next year – which included Lebanon and Pakistan. China and Japan are already commission members.

Under Iranian marriage laws women are unable to leave the country or get a passport without their husband’s permission.

Husbands have “the right to prevent [their wives] taking up employment that he considers incompatible with family interests or his dignity,” – and child marriage is prevalent. 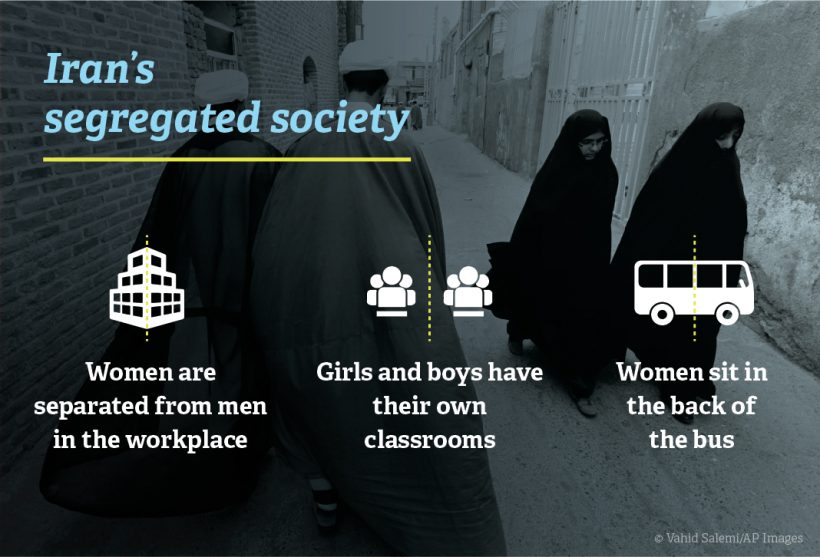 Women cannot take part in certain sports banned by the government and it is compulsory to wear a hijab or face jail.

The Association of Iranian Women in France and their counterparts in Italy and Sweden in a statement:

“We consider the election of the extremely misogynistic regime of Iran as an insult to all Iranian women, the main victims of this regime during the last four decades. We call on governments, institutions and associations to condemn this decision.”

Masih Alinejad, a US-based activist and founder of My Stealthy Freedom, told the Swedish parliament that the decision to elect Iran onto the UN women’s rights committee was an “insult,” Asharq Al-Awsat reports.  She said:

“A regime that does not allow women to make decisions for their own bodies has been elected to a body to monitor the condition of women around the world.”

…Women who do not wear the headscarf in public face jail. Nasrin Sotoudeh, a lawyer who campaigned against laws forcing women in Iran to wear the hijab is facing 38 years behind bars and 148 lashes for speaking out.

This is a black day for women’s rights, and for all human rights. Iran’s persecution of women is gross and systematic, both in law and in practice.  The UN’s own secretary-general has reported on Iran’s “persistent discrimination” against women and girls.

Iran’s fundamentalist mullahs force women to cover their hair, with many arrested and attacked daily under the misogynistic hijab law. They require a woman to receive permission from her father to get married.”

In an online statement Mr. Neuer praised the Biden administration for forcing a vote on which nations would be elected to the Commission on the Status of Women [instead of the usual rubber stamp] but added that the US “should also speak out to condemn the obscene election of [Iranian Supreme Leader] Ayatollah Khamenei’s regime to a women’s rights body.”

Biden administration officials had not commented on Iran’s election to the commission by late Friday.

The State Department did not respond to a VOA Persian request for comment on how the U.S. voted and what it thinks of votes by its allies.

In a Friday tweet, Neuer expressed disappointment in the U.S. “going silent” on the issue.

“Those who believe in the founding values of the United Nations cannot be silent when they are subverted,” he wrote.

Published at dailymail .co .uk on April 26, 2021. Reprinted here for educational purposes only. May not be reproduced on other websites without permission.

2. What is the purpose of the UN’s Status of Women commission?

3. List the rights violations imposed on women by the ruling autocratic mullahs of Iran as mentioned in the article.

4. What points did Hillel Neuer, director of UN Watch, make about Iran being elected to the women’s rights commission?

6. a) Why do you think the vote was a secret ballot?
b) Why should the Biden administration publicize how the U.S. voted?

7. In Japan, 83-year-old Yoshiro Mori, the president of the 2020 Summer Olympic Games in Tokyo resigned in February following outrage over comments he made about women, saying women talk too much and “if their speaking time isn’t restricted to a certain extent, they have difficulty finishing, which is annoying.” He also said, “The education ministry has been very insistent about choosing female directors. But a board meeting with plenty of women will make it drag on.”
Following Mr. Mori’s comments, hundreds of female Olympic volunteers resigned in protest and demanded that he step down, female opposition lawmakers in the Japanese Diet (similar to U.S. Congress) wore white as a show of protest, corporate sponsors threatened to withdraw and several runners in the Olympic torch relay quit.

Why do you think there is no world outcry – or outrage in Japan – over Iran’s election to the women’s rights commission? Or outrage by the Biden administration? — Candidate Joe Biden [and VP Kamala Harris] ran on a platform that stated they would “Protect and empower women around the world.”

Last month a UN report by Javaid Rehman, the UN Special Rapporteur on the situation of human rights in Iran, stated “concern” that “the legal age for a girl to marry in the Islamic Republic of Iran is 13 years, with even younger girls allowed to marry with paternal and judicial consent.”

“Egregious gender-based discrimination persists in law, practice and societal attitudes, disempowering women and girls from participating and contributing in society.”

(from the Daily Mail article above) 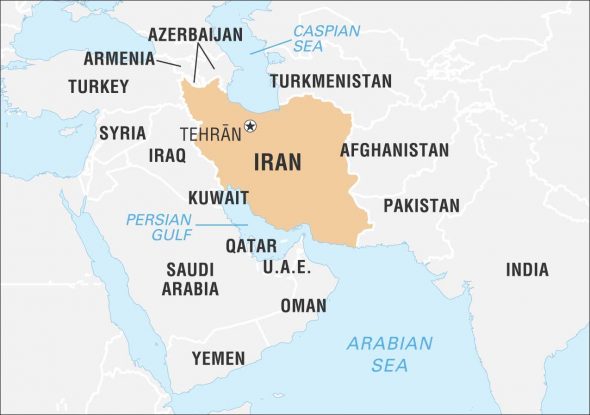 Watch an exchange between Sky News Australia’s host Andrew Bolt and Spiked Online Editor Brendan O’Neill, who says it “feels like a sick joke” that the United Nations elected Iran to the women’s commission.