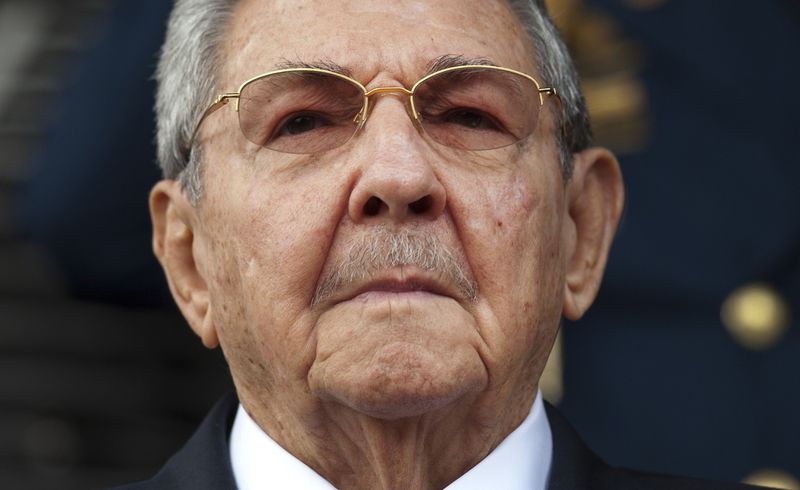 Raul Castro (above), First Secretary of the Communist Party of Cuba, succeeded his brother, Fidel Castro, in April 2011.

(by Bill Chappell, NPR) — The Trump administration is designating Cuba as a state sponsor of terrorism in a move that will return the island nation to the…list from which it was removed five years ago.

Pompeo also said the Trump administration is intent on “denying the Castro regime the resources it uses to oppress its people at home, and countering its malign interference in Venezuela and the rest of the Western Hemisphere.”

[“With this action, we will once again hold Cuba’s government accountable and send a clear message: the Castro regime must end its support for international terrorism and subversion of US justice,” Pompeo said in a statement.

“The United States will continue to support the Cuban people in their desire for a democratic government and respect for human rights, including freedom of religion, expression and association,” Pompeo also said].

…The U.S. removed Cuba from its state sponsors of terrorism list in May 2015 after President Barack Obama’s administration had reached an agreement [secretly] to restore relations with Cuba months earlier, including a plan to boost travel and trade between the two countries. [Only Congress can end the five-decade embargo. But President Obama was able to implement policies to weaken it]. …

Being put on the U.S. terror list [enables the U.S. to impose] sanctions, including “restrictions on U.S. foreign assistance; a ban on defense exports and sales; certain controls over exports of dual use items; and miscellaneous financial and other restrictions,” the U.S. State Department says.

In a much-anticipated move, [after its democratic transition], the U.S. formally took Sudan off the list last month as part of a deal in which the country agreed to normalize relations and open economic ties with Israel.

The Trump administration has steadily reversed many of the steps Obama took to end [the decades-long Cuban embargo, implemented by Democratic President John F. Kennedy in 1962 by executive order following Castro’s communist overthrow of the government, replacing one dictator for another]. In the spring of 2019, the Trump administration placed new sanctions and penalties on Cuba, hoping to undermine the communist regime and help the Cuban people regain a democratic government. It also killed a deal that would have made it easier for Cuban baseball players to join professional teams in the U.S. and Canada.

And in May it returned Cuba to a list of countries that [are] “not cooperating fully” with its counterterrorism efforts. It cited the country’s refusal of a request from Colombia to extradite leaders of the communist National Liberation Army, (a terrorist group) and said Cuba has harbored “several U.S. fugitives from justice.”

[These fugitives include convicted cop killer JoAnne Chesimard. Chesimard, also known as Assata Shakur, was convicted of murdering New Jersey State Trooper Werner Foerster during a shoot-out on the New Jersey Turnpike in May of 1973.

After being pulled over for a routine traffic stop, Chesimard and fellow members of the radical Black Liberation Army opened fire on Foerster and another State Trooper.  According to reports, Chesimard killed Foerster “execution style,” shooting him in the head as he lay wounded by gunfire.

For her role in this heinous crime, Chesimard was sentenced to life in prison. However, after her conviction, Chesimard escaped from prison and fled to Cuba where she was granted political asylum by the Communist dictator Castro and has lived ever since].

Published at NPR on Jan. 11. Reprinted here for educational purposes only. May not be reproduced on other websites without permission.

2. For what reasons did the Trump administration put Cuba back on the list of state sponsors of terrorism?

3. What message did Secretary of State Pompeo have for the Cuban people?

4. a) Name the other countries on the U.S. list of state sponsors of terrorism.
b) How does being on this list affect a country?

5. Who is JoAnne Chesimard and where is she now?

6. Joe Biden has indicated he will return to some engagement with Cuba’s communist dictatorship. Agence France-Presse reports: “The terror designation severely hampers investment by foreigners who will now risk US prosecution and can only be removed after a formal review by the Biden administration, meaning it may be in force for months. To remove Cuba from the terror list, Antony Blinken, Biden’s nominee for secretary of state, would have to initiate a review that shows that Havana did not engage in terrorism over the past six months.”
Consider what you already knew about the communist government of Cuba (and its treatment of any opponents) and what you learned from reading Secretary Pompeo’s Statement under the “Background,” as well as the links under “Resources.” Do you agree with the Trump administration’s decision to return Cuba to this list? Ask a parent the same question. Discuss your answers.

Read the Jan. 11 statement from Secretary Pompeo “U.S. Announces Designation of Cuba as a State Sponsor of Terrorism” (from state.gov):

The State Department has designated Cuba as a State Sponsor of Terrorism for repeatedly providing support for acts of international terrorism in granting safe harbor to terrorists.

The Trump Administration has been focused from the start on denying the Castro regime the resources it uses to oppress its people at home, and countering its malign interference in Venezuela and the rest of the Western Hemisphere.

With this action, we will once again hold Cuba’s government accountable and send a clear message: the Castro regime must end its support for international terrorism and subversion of U.S. justice.

For decades, the Cuban government has fed, housed, and provided medical care for murderers, bombmakers, and hijackers, while many Cubans go hungry, homeless, and without basic medicine.  Members of the National Liberation Army (ELN), a U.S.-designated Foreign Terrorist Organization, traveled to Havana to conduct peace talks with the Colombian government in 2017.  Citing peace negotiation protocols, Cuba has refused Colombia’s requests to extradite ten ELN leaders living in Havana after the group claimed responsibility for the January 2019 bombing of a Bogota police academy that killed 22 people and injured more than 87 others.

Cuba also harbors several U.S. fugitives from justice wanted on or convicted of charges of political violence, many of whom have resided in Cuba for decades.  For example, the Cuban regime has refused to return Joanne Chesimard, on the FBI’s Most Wanted Terrorists List for executing New Jersey State Trooper Werner Foerster in 1973; Ishmael LaBeet, convicted of killing eight people in the U.S. Virgin Islands in 1972; Charles Lee Hill, charged with killing New Mexico state policeman Robert Rosenbloom in 1971; and others.

Cuba returns to the SST list following its broken commitment to stop supporting terrorism as a condition of its removal by the previous administration in 2015.  On May 13, 2020, the State Department notified Congress that it had certified Cuba under Section 40A(a) of the Arms Export Control Act as “not cooperating fully” with U.S. counterterrorism efforts in 2019.

In addition to the support for international terrorism that is the basis for today’s action, the Cuban regime engages in a range of malign behavior across the region.  The Cuban intelligence and security apparatus has infiltrated Venezuela’s security and military forces, assisting Nicholas Maduro to maintain his stranglehold over his people while allowing terrorist organizations to operate.  The Cuban government’s support for FARC dissidents and the ELN continues beyond Cuba’s borders as well, and the regime’s support of Maduro has created a permissive environment for international terrorists to live and thrive within Venezuela.

The United States will continue to support the Cuban people in their desire for a democratic government and respect for human rights, including freedom of religion, expression, and association.  Until these rights and freedoms are respected, we will continue to hold the regime accountable. 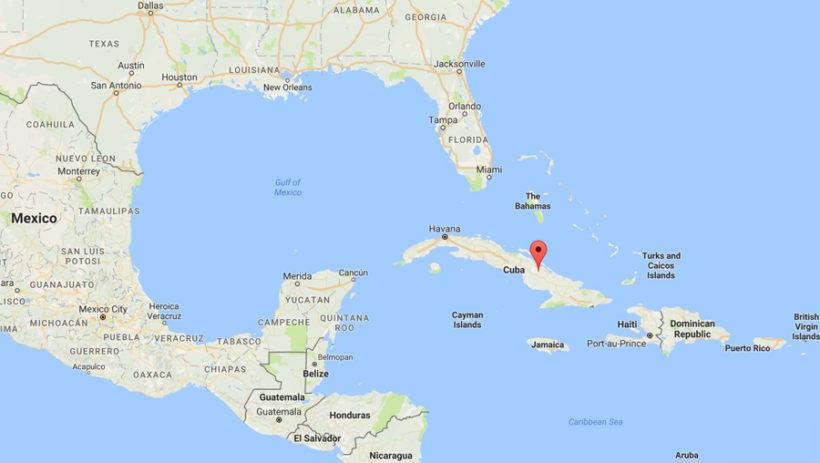 Read previous articles on U.S.-Cuba (Note: Democrats want to lift the embargo and normalize relations with Cuba before they commit to democratic policies; Republicans do not):

Read the text of the speech at: state.gov/reclaiming-americas-voice-for-freedom.