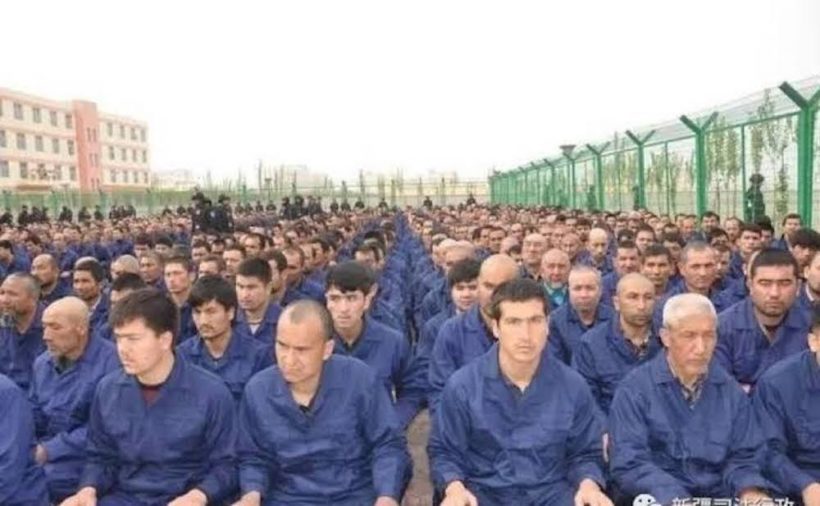 (by Tyler Sonnemaker, Business Insider) –Nike, Coca-Cola, and Apple are among the companies lobbying to weaken a bill aimed at banning US firms from relying on Chinese forced labor, The New York Times reported Sunday.

HSBC, American Apparel, and several industry groups also lobbied on the bill, which would ban many goods imported from Xinjiang unless companies prove they weren’t made with forced labor.

The Uyghur Forced Labor Prevention Act, as it’s called, passed the House in September by a 406-3 margin, and according to The New York Times, has the support needed to pass the Senate.

Various reports have linked Nike, Coca-Cola, Apple, and other major US companies to suppliers in the region, where China has been accused of detaining and violating the rights of as many as one million Uighurs and other Muslim minorities.

The bill would ban US companies from importing a wide range of goods made in Xinjiang – where the communist government led by Xi Jinping has been accused of mass human rights violations – unless companies can prove that the goods weren’t made using forced labor.

Other companies and trade groups, including HSBC, American Apparel, the National Retail Federation, and the US Chamber of Commerce also lobbied on the bill, according to lobbying disclosure forms. …

Apple took issue with the claim that it tried to water down the bill in a statement to The Times.

Nike’s global communications director, Greg Rossiter, told The Times that the company “did not lobby against” the bill but rather had “constructive discussions” with congressional staffers.

Coca-Cola told The Times in a statement that it “strictly prohibits any type of forced labor in our supply chain.”

The US Chamber of Commerce declined to comment to The Times. It instead referred it to a letter it and other groups wrote in November, saying they supported addressing forced labor.

Human rights groups, media reports, and other independent researchers have extensively documented China’s mass surveillance and detainment of as many as one million Uighurs, Kazakhs, Kyrgyz, and other Muslim minority groups in internment camps, where reports allege they are subjected to torture, [other] abuse, and forced labor for little or no pay.

In March, a report by the Australian Strategic Policy Institute (ASPI), which estimated that 80,000 Uighurs have been forcibly relocated to factories across China, found evidence of forced Uighur labor at four separate factories in Apple’s supply chain as well as the supply chains of Nike, BMW, and Amazon.

Also in March, the Congressional-Executive Commission said in a report that Nike and Coca-Cola, as well as major brands such as Adidas, Campbell Soup, Costco, H&M, Kraft Heinz, Patagonia, and Tommy Hilfiger, were suspected of relying on forced Chinese labor.

Nike claimed in a March statement that it “does not source products” from Xinjiang and that it “confirmed with our contract suppliers that they are not using textiles or spun yarn from the region.” Nike also told The Times that a factory in Qingdao that makes its shoes stopped using Uighur labor in 2019, though the ASPI report, citing Chinese state media, found that 800 Uighurs were still forced to work there as of November 2019.

Coca-Cola told The Times that a COFCO Tunhe plant in Xinjiang — that The Wall Street Journal reported last year was using forced labor — passed an independent audit in 2019 as well.

Amid growing bipartisan support for [challenging] China over the alleged human rights abuses, as well as holding companies accountable for exploiting it, US lawmakers introduced the Uyghur Forced Labor Prevention Act earlier this year. The bill could force companies — especially those with substantial supply chains in China, such as Nike, Coca-Cola, and Apple — to make major changes to how and where they manufacture their products, and is viewed as having more teeth than current laws.

In response, many companies have sought to weaken the disclosure and compliance requirements proposed in the bill.

The Washington Post reported earlier this month that Apple had lobbied against the bill, and according to The Times, the tech giant pushed for longer deadlines to reach compliance, less disclosure to the general public, and putting more onus on the US government to assess whether Chinese entities are complicit in the oppression of Muslims.

Apple, Nike, and Coca-Cola have over the years been accused by human rights groups of a variety of labor abuses and worker exploitation, particularly in China. They have also made various pledges and taken some steps to address that criticism.

Monitoring that, however, has become difficult. Five major auditing groups hired by Western firms told The Wall Street Journal in September that they are no longer carrying out supply chain inspections in China because restrictions imposed by government officials have made it too difficult to effectively and independently evaluate working conditions in the country.

Published at businessinsider .com on Dec. 1. Reprinted here for educational purposes only. May not be reproduced on other websites without permission from Business Insider.

2. What is the Uyghur Forced Labor Prevention Act – what does it do?

3. What have human rights groups and others documented about the communist government’s treatment of Muslim minority groups in China?

4. List the American companies linked to Chinese suppliers believed to use this forced labor.

5. What did Australian Strategic Policy Institute (ASPI) report in March?

7. From para. 17, “In response, many companies have sought to weaken the disclosure and compliance requirements proposed in the bill.” What do you think of these companies’ attempts to thwart attempts to help the Muslim minorities in China?

CHALLENGE: Read a May 5 article “Trump has plan to remove US dependency on China supply chain”
What is your reaction to this plan? Support, oppose? Explain your answer.

Separate from the NBA’s partnerships in China, players are invested in the country, too.

Several of them, including stars LeBron James and Steph Curry, make annual visits to sell apparel products from Nike and Under Armour. (LeBron makes $32 million annually from Nike and Nike’s revenue in China surpassed $6 billion from 2018 to 2019.)

Thompson’s deal with Anta could reach $80 million over 10 years, according to ESPN. Williams has said he earns more from his endorsement deal in China than he does playing.

From a CNBC report:

The Uyghur Forced Labor Prevention Act has come under pressure from multinational companies including Nike, Apple and Coca-Cola, as well as business groups including the U.S. Chamber of Commerce.

In a statement to CNBC, China’s embassy in the United States denied that it uses forced labor.

“Some US politicians have concocted disinformation of so-called ‘forced labor’ in order to restrict and oppress relevant parties and enterprises in China as well as contain China’s development,” said Chinese Foreign Ministry spokesperson Hua Chunying.

“The US practice violates the international trade rules and market economy principles, destroys the global industrial chains and supply chains, and damages the interests of enterprises and consumers in various countries, including the United States,” said the statement, which added that, “All ethnic groups in Xinjiang choose their occupations according to their own will and sign “labor contracts” of their own volition in accordance with law on the basis of equality.”