Only one viewpoint allowed

Posted on March 28, 2018 in Wednesday's Example of Media Bias 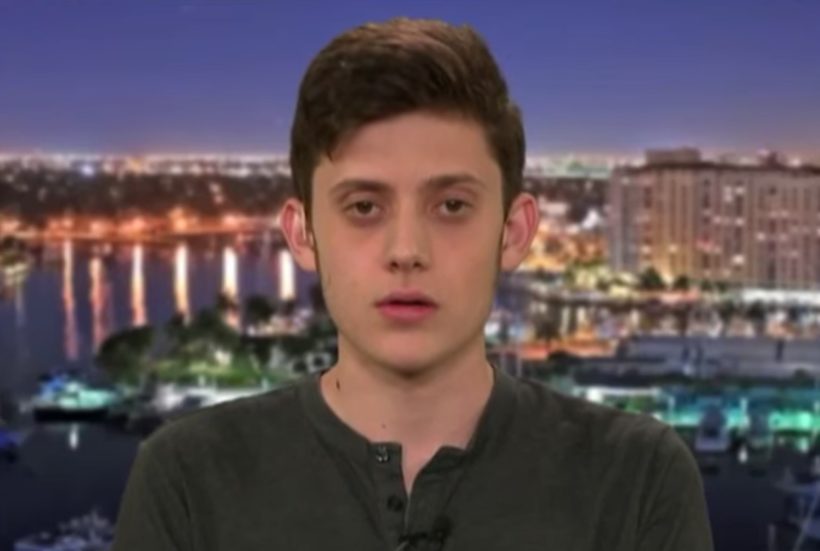 Marjory Stoneman Douglas high school junior Kyle Kashuv wanted to, but was not invited to speak at the March for our Lives rally in Washington DC.

Watch the 3 interviews below:

#1: Andrew Pollack, whose daughter Meadow was killed in the mass shooting at Marjory Stoneman Douglas High School and Kyle Kashuv, a 16-year-old student at Stoneman Douglas.

#2:  Hunter Pollack, Meadow’s brother, wanted to speak on Saturday at the Washington D.C. March For Our Lives rally, in Meadow’s honor. His father Andrew said the organizers decided not to allow Hunter to speak at the last minute.  Watch Hunter read part of the speech he prepared to give but was uninvited from doing so. He does not support the gun-control message of the organizers of the march:

1. Watch Video #1: Kyle Kashuv, 16 year old junior from Stoneman Douglas said, “I think the proper question is how come the media isn’t representing people like Andrew Pollack and Ryan Petty who were doing the legislative work that is enacting change like we’ve seen…who lost someone very close to them…and even though they’re Republicans and conservative…they’ve reached across the aisle…these are the people who need to be blasted across the headlines every day…” Does he make a reasonable assertion?

2. Watch Video #2: Hunter Pollack, the brother of Meadow Pollack, who was shot and killed in the high school shooting in Parkland, Florida, says he was denied an opportunity to speak at the March for Our Lives in Washington, DC. Pollack’s father Andrew said they tried for two days to work with organizers for a chance to speak at the march but that organizers denied the request. “At first they told him, yes, then it turned to no,” Pollack said. “They claimed no time.”
Hunter said, “I was going to give a speech about Meadow and how devastated I am and how we need to make change, but they won’t allow me to put my voice out. I feel that they don’t really care about the victims’ families. If they did, they would have let me speak, and they didn’t. I don’t know what this is about.” How important should it have been for the March for our Lives attendees to hear Meadow’s brother speak?

3. Watch Video #3: CBS’ Face the Nation did interview Kyle Kashuv. Consider 3 of the points he made – are these issues that should enter into the national debate? What responsibility does the media have to allow Kyle’s voice to be heard?

4. Kyle and the Pollacks say that making schools safe shouldn’t be focused on enacting new gun control laws.  What responsibility does the media have to present their point of view?

These are opinion questions. The point here is that the vast majority – almost all reporting on this story portrayed it from one side only. The media missed (or ignored) the big stories from the March for our Lives rally: