No negatives to minimum wage increases?

Posted on February 3, 2016 in Wednesday's Example of Media Bias 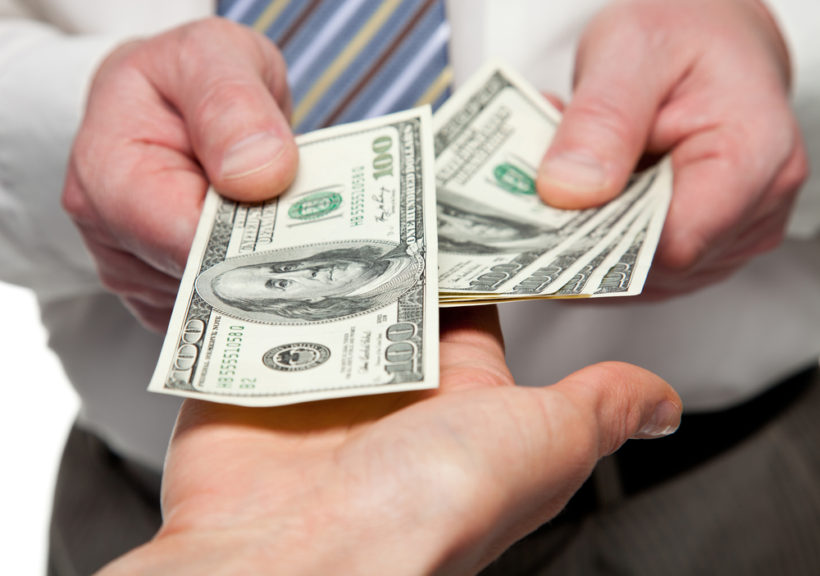 …Throughout 2015, the networks covered the minimum wage controversy many times. …Those stories favored wage increases and often failed to mention possible negative consequences. Anchors cheered for the CEO in Seattle who raised the salary of all his employees to $70,000 a year. Others stories prodded liberal politicians to chime in about wages, or interviewed multiple protesters demanding wage increases.

The proof that the three networks favored wage increases was obvious by who they turned to as sources in their stories:

…On April 15, NBC’s Nightly News showed hundreds of “Fight for $15” protesters in footage from around the country. Reporter Stephanie Gosk’s story included seven voices for wage hikes (including five groups of protesters), without[any] balance from the other side.

The networks reacted with praise when Gravity Payments CEO Dan Price announced he’d set a $70,000 minimum salary for all of his employees. All together, the networks spent 18 minutes, 44 seconds praising Price’s decision, including the following comments:

The networks aired little coverage of possible problems (unintended consequences), and did not report on it three months later when the New York Times reported the problems that were surfacing with Price’s policy of giving every employee the same salary. Problems included employees quitting, partly due to the fact that newer employees saw their pay double while long-time employees saw little to no bump in salary.

Much later, on Sep. 1, 2015, CBS reported that Walmart cut employee hours after raising its minimum wage to $9 per hour. Walmart recently announced a 6-12% decline in earnings for 2016, with the company’s CFO attributing 75 percent of that decline to the company’s wage hikes.

A Dec. 28 op-ed for The Wall Street Journal used the Walmart figures to illustrate the Congressional Budget Office (CBO) conclusions that raising the federal minimum wage would actually cost low-wage workers their jobs. The February 2014 report indicated that raising the wage would reduce the amount each employee contributed to their company’s profit, and literally cost employees their jobs.

Much of the network bias over wages came from CBS’s This Morning, where hosts either hyped calls for higher wages or refused to challenge a guest’s promotion of wage hikes. In two different broadcasts, co-anchor Charlie Rose also prompted politicians to weigh in on the minimum wage.

[While some people] may have benefitted from the minimum wage, research suggests wage hikes could hurt many people. In Oct 2014, Vice President of the Competitive Enterprise Institute Iain Murray wrote that “The overwhelming majority of…studies into the effects of the minimum wage find that it erodes employment.”

One of the reasons, as Murray explained, is that an employer “sees the new wage cutting into his bottom line and he chooses to do other things rather than pay a marginally effective worker more than he thinks he is worth.” …

All three democratic presidential candidates (O’Malley, Clinton, and Sanders) have called for federal minimums of at least $12. Sanders is a self-described “socialist” who introduced legislation last year to raise the federal minimum wage to $15 per hour.

CBS host Norah O’Donnell boosted Sanders when she interviewed Mayor of New York City, Democrat Bill De Blasio on July 23, 2015. During the interview,  Rose raised the idea of a $15 minimum, and De Blasio explained that he was “working toward it every day.” O’Donnell followed up by asking, “So why not endorse Bernie Sanders?”

In 2014, the CBO did not evaluate the impact of a $15 minimum wage. The government agency calculated that raising the wage to just $10.10-an-hour would decrease company’s profit per employee by 71 percent, and cost the economy 500,000 low-wage jobs. A higher wage would almost certainly mean more jobs lost.

Rather than trying to promote Sanders, O’Donnell should have asked De Blasio tough questions about wages, such as “what level of wage increases causes jobs to be cut?”

(The above excerpt is adapted from a Media Research Center post by Sam Dorman, January 7, 2016)

Methodology: MRC Business searched Nexis for transcripts from ABC, CBS and NBC morning and evening news programs (Good Morning America, This Morning, Today, World News, Evening News and Nightly News) that contained the phrase “minimum wage.” Each story was examined to find all the people used as experts (non-network journalists) to see if they were speaking in favor of raising them minimum wage or critical of raising it.

Groups of protesters were only counted once if their chanting was clearly audible, unless one individual said something on his or her own, then that person was counted as one voice. The count did not include various protesters speaking in the background. MRC Business found 41 people or groups of protesters promoted raising wages while just 10 were against raises.

1. What type of bias do CBS, NBC and ABC demonstrate in reporting on the issue of increasing the minimum wage?

2. The media rarely asks/reports on potential downsides to raising the minimum wage. Why is it important for the media to inform viewers of both sides of this debate?

Have you heard this side of the debate presented in the media?  Explain your answer.

2. Many economists explain how increasing the mandatory minimum wage will hurt workers.  News consumers need to hear both sides of this controversial debate to make informed decisions about which political candidates to support. To become educated voters, people must have a clear understanding of both sides of any issue.  Instead, the media portray a mandatory increase in minimum wage as a way to help people, to be nice, to be kind.  Anyone opposed to increasing the minimum wage is portrayed as mean, unkind or greedy.

Have you heard this side of the debate presented in the media?  Explain your answer.