Posted on October 24, 2018 in Wednesday's Example of Media Bias 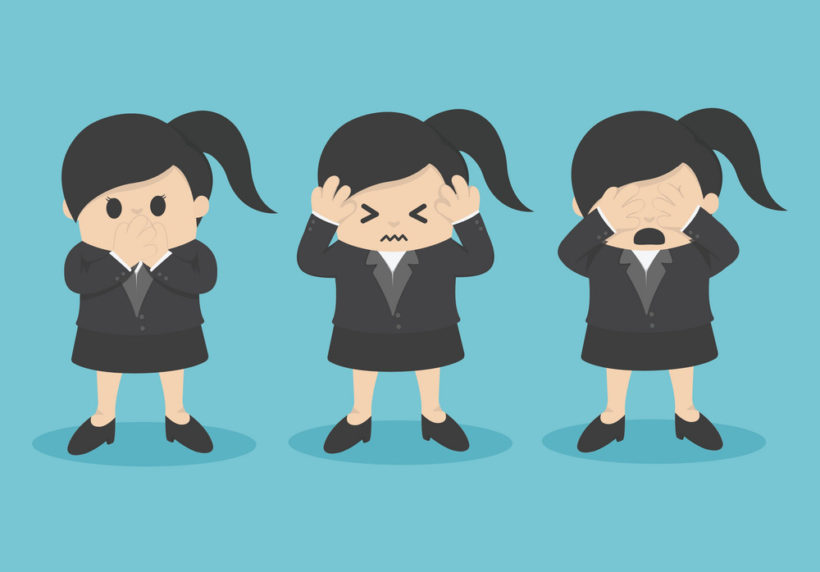 “Gosnell” is a difficult film to watch, not because of what appears on the screen—it’s rated PG-13—but because of what is left to the viewer’s imagination. This might explain why the theater where I caught the film [on October 12, the day it was released] was mostly empty. But other explanations are worth considering.

Kermit Gosnell, who was convicted of murder following a two-month trial in 2013, is currently serving a life sentence in prison with no possibility of parole. He was an abortion doctor based in Philadelphia, where state law prohibits the procedure beginning at 24 weeks gestational age. By his own admission, Dr. Gosnell regularly performed illegal late-term abortions, mostly on low-income minority women. …

Nick Searcy directed the film, based on a book of the same title by a married couple of investigative journalists from Ireland, Ann McElhinney and Phelim McAleer.

In an essay last month, Mr. Searcy explained why he was drawn to the subject:

“It is nearly impossible to find an adult person who does not have an opinion on the issue of abortion,” he wrote in National Review, “and yet how little we all know about it—how it is done, what the laws are surrounding it, how it is regulated, legislated, and practiced. I wanted to share that knowledge.”

Dr. Gosnell’s story may not change a single mind about abortion, yet the movie and book make an important contribution to a debate that continues to rage 45 years after Roe v. Wade. They offer a better understanding of what “abortion rights” mean in practice and a renewed appreciation of the tragic consequences that can result when politicians, public-health officials and the media put blind ideology ahead of basic human decency.

Dr. Gosnell had been performing illegal abortions for decades before law-enforcement officials stumbled upon him, and when they did, it was for reasons that had nothing to do with his abortion practice.

In 2009 a detective investigating prescription-drug dealing in Philadelphia received a tip about Dr. Gosnell from an informant. It turned out he was selling prescriptions for OxyContin, Percocet and Xanax to anyone who could afford his $150 fee. On a typical night, Dr. Gosnell would write some 200 prescriptions. After law-enforcement officials raided his clinic in 2010, however, busting up one of Pennsylvania’s largest pill mills was no longer the most pressing concern.

In their book, Ms. McElhinney and Mr. McAleer write that the Gosnell raid unveiled “a house of horrors.” …

Later, authorities would discover that Dr. Gosnell employed “assistants”—who had no medical training and were paid under the table—to sedate patients, conduct ultrasounds and administer labor-inducing drugs.

Dr. Gosnell’s story becomes even more upsetting when you realize how much sooner he should have been caught:

Even when state officials received complaints about Dr. Gosnell, they were reluctant to follow up. A woman who received an abortion at his clinic in 1999 later became ill and was admitted to the hospital. Dr. Gosnell had mistakenly left the baby’s arm and leg inside the mother. State Health Department officials decided that no investigation was warranted. When Dr. Gosnell botched another abortion in a similar fashion years later, state officials again looked the other way.

Once Dr. Gosnell’s trial began in 2013, it was the national media’s turn to ignore him. Fox News gave the trial significant attention, but few other major outlets did the same. The liberal press knew the story would cast a negative light on abortion, and that concerned them much more than bringing to justice a doctor who committed infanticide and routinely risked the health of women.

Ultimately, social media shamed the press into covering the trial, and you won’t be shocked to find out that interest in the story hasn’t lasted. Some outlets have refused to run ads for the film, and almost all major publications have declined to review it. Which also helps explain why I had so little company [in the theatre the day the movie was released].

(by Jason Riley, October 16 at The Wall Street Journal)

1. What types of bias does Mr. Riley illustrate in this article?

2. Mr. Riley concludes: “Some (media) outlets have refused to run ads for the film, and almost all major publications have declined to review it,” asserting, “Which also helps explain why I had so little company [in the theatre the day the movie was released].”

Gosnell producers said most critics did not review the movie. In a letter to the National Society of Film Critics they wrote, “Despite our making the film available through our publicist to any and all film critics who wished to review the film, on opening weekend only two publications, The Los Angeles Times and Forbes chose to review the film. This was in contrast to other films which came out the same weekend which were reviewed by 70-280 publications.” The producers added, “…this lack of reviews, positive or negative, only adds to the belief that the members of your profession are not serving your readers.”

Why do you think “Gosnell: The Trial of America’s Biggest Serial Killer” was ignored by movie critics?

3. The Daily Wire reports: “Gosnell surpassed box office expectations upon its release last week by entering into the Top 10 grossing films with a revenue of $1,235,000 on just 668 screens. Despite the solid performance for an independent film of this sort, nearly 200 theaters have inexplicably dropped the film, including those in major cities where it was performing the strongest. Coming into its second week, ‘Gosnell’ has dropped from 668 theaters to 480 theaters — a full 188 theater drop, 15 of which were top-performing multiplexes.”

Gosnell marketing director and producer John Sullivan told the Daily Wire that “it’s hard to believe it isn’t about the content of the movie.”