Posted on October 3, 2018 in Wednesday's Example of Media Bias 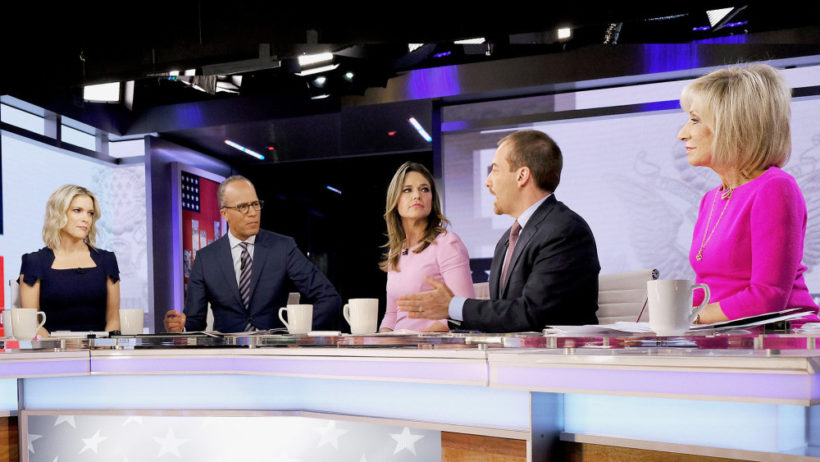 …As a group, [the media] are making fools of themselves and their profession, and making the country’s problems worse. [Note:] Many of the [news] people I am appalled by are, individually, smart and decent professionals.

…Democratic senators who announced they would never vote for Kavanaugh under any circumstance keep getting asked [by the media] if the FBI investigation they demanded will be “enough for them.” Enough for what? To still vote no?

I listened to an MSNBC host this morning sound almost panicked about how the FBI might not be able to confirm Julie Swetnick’s charges against Kavanaugh even as she reported that NBC couldn’t confirm any of it.

The urgency wasn’t that the media let attorney Michael Avenatti play them all for suckers, but that it might be just too difficult to prove allegations Swetnick herself walked back almost entirely. In other words the fear, palpable in many quarters, is that the charges might unravel prematurely, and so the press must start raveling them.

Or, in other cases they must spin new ones. Hence the New York Times’ decision — for which they’ve now apologized — of assigning deeply partisan reporter Emily Bazelon [who wrote in July of her strong opposition to Kavanaugh’s nomination] to [“report”] the latest bombshell: that Brett Kavenaugh threw some ice at a bar scuffle while in college.

Meanwhile, whole panels of pundits and experts on MSNBC are made up of people who cannot imagine why Judge Kavanaugh might be upset at the unverified, uncorroborated, and literally unbelievable claim that he ran a rape gang when he was 15. Instead, we get hours of hand-wringing every day about his supposedly unjudicial temperament, as if any judge or justice on the bench, now or ever, would be expected to remain calm under such circumstances.

…I could go on for pages about all of this, but here’s the point:

On nearly every question and issue, the tenor of the press — shockingly — mirrors the tenor of the Democrats who insist that it falls to Kavanaugh to disprove these [unsubstantiated] allegations.

That is an understandable position for partisan Democrats who’ve made it clear they will do whatever it takes, again, as Democratic Senator Chuck Schumer admitted, to block Kavanaugh.

But that’s not your job, you supposedly objective journalists. You should care every bit as much about disproving the allegations of Swetnick, Ramirez, and — yes — Ford as proving them. Your job — as you’ve said countless times… — is to report the facts.

If Swetnick is lying, you should want to report that every bit as much as you would if you could prove that Kavanaugh is. Because you’re not supposed to have a team. It’s fine if you support the #MeToo movement in your private time, but you’re not supposed to lend any movement aid and comfort, never mind air cover, in your reporting.

Now, I get that most journalists are liberal, even if they deny it. I understand that most think they’re just seeking the truth. But, dear champions of the Fourth Estate, you might take just a moment to understand that you need to be fair to the other side of the argument even if you disagree with it.

You might also consider why millions of people [agree] when Trump says you are the enemy of the people: It’s because of how you are behaving right now. … You’re burning credibility at such a rate, you won’t have enough to get back to base when this is all over. …

1. What type of bias is Mr. Goldberg describing in his commentary?

2. The point of Mr. Goldberg’s commentary is that the media is biased in its reporting on the accusations made against Supreme Court nominee Brett Kavanaugh. Do you think each of the statements made by Mr. Goldberg in his commentary are reasonable assertions? Explain your answers.

1. In their reports on the accusations against Judge Kavanaugh, the media uses spin.