Posted on September 26, 2018 in Wednesday's Example of Media Bias 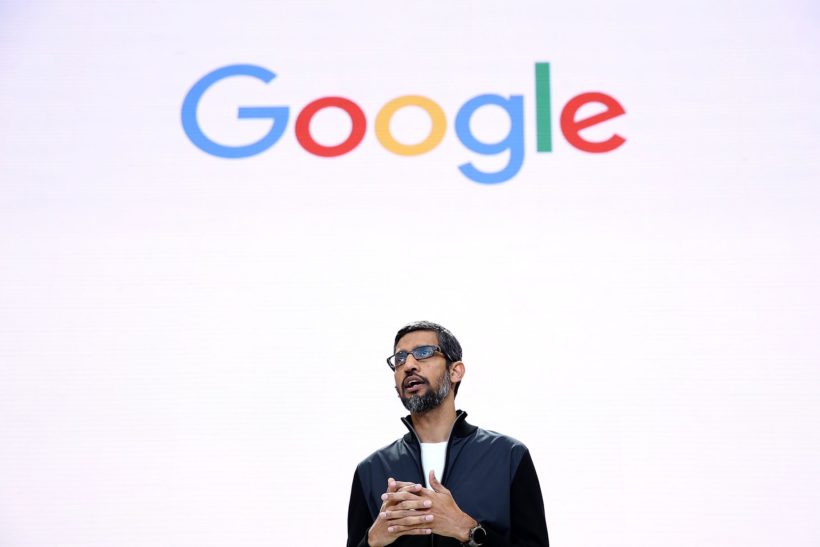 From a Sept. 14 report by Ryan Gallagher at TheIntercept:
Google has secretly built a prototype of a censored search engine for China that links users’ searches to their personal phone numbers, thus making it easier for the Communist  government in China to monitor people’s searches, The Intercept can reveal.

Previously undisclosed details about the plan, obtained by The Intercept on September 14, show that Google compiled a censorship blacklist that included terms such as “human rights,” “student protest,” and “Nobel Prize” in Mandarin.

Leading human rights groups have criticized Dragonfly, saying that it could result in the company “directly contributing to, or [becoming] complicit in, human rights violations.” A central concern expressed by the groups is that, beyond the censorship, user data stored by Google on the Chinese mainland will be accessible to Chinese authorities, who routinely target political activists and journalists.

Sources familiar with the project said that prototypes of the search engine linked the search app on a user’s Android smartphone with their phone number. This means individual people’s searches could be easily tracked – and any user seeking out information banned by the government could potentially be at risk of interrogation or detention if the Communist government’s security agencies were to obtain the search records from Google.

“This…would allow [the Communist government to have] far more detailed tracking and profiling of people’s behavior,” said Cynthia Wong, senior internet researcher with Human Rights Watch. “Linking searches to a phone number would make it much harder for people to avoid the kind of overreaching [totalitarian] government surveillance that is pervasive in China.”

The search engine would be operated as part of a “joint venture” partnership with a company based in mainland China, according to sources familiar with the project. People working for the joint venture would have the capability to update the search term blacklists, the sources said. … Google has so far declined to publicly address concerns about the Chinese censorship plans and did not respond to a request for comment on this story. In the six weeks since the first details about Dragonfly were revealed, the company has refused to engage with human rights groups, ignored dozens of reporters’ questions, and rebuffed U.S. senators.

From the initial Aug. 1 report at theintercept:

Internal documents leaked to the Intercept by a whistleblower reportedly show that Google started working on the project in 2017 under the code name “Dragonfly”…  Although there is no set release date, it could be launched in the next six to nine months if it’s approved by Chinese officials, according to the report.

An Amnesty International researcher told The Intercept that Google’s decision to comply with the censorship would be “a big disaster for the information age.”

“This has very serious implications not just for China, but for all of us, for freedom of information and internet freedom,” said Patrick Poon. “It will set a terrible precedent for many other companies who are still trying to do business in China while maintaining the principles of not succumbing to China’s censorship. The biggest search engine in the world obeying the censorship in China is a victory for the Chinese government – it sends a signal that nobody will bother to challenge the censorship any more.”

1. What type of bias do major news outlets display by not reporting (or underreporting) this story?

2. Do an internet search on this story. How many CNN, NBC, ABC, CBS, NY Times, Washington Post, Fox News, etc. stories do you find?

3. Why should what Google does in China be a huge story in the U.S.?

4. Watch the interview with the reporter who wrote the story (under “Resources” below). Why do you think this was not a huge news story

1. By not widely reporting this story the media displays bias by omission and story selection.

3. Why should what Google does in China be a huge story in the U.S.?
Google promotes itself as a moral and ethical company. Its motto until it very recently removed it was “Don’t be evil.” (The updated guidelines begin “The Google Code of Conduct is one of the ways we put Google’s values into practice. It’s built around the recognition that everything we do in connection with our work at Google will be, and should be, measured against the highest possible standards of ethical business conduct.”)

Google claims they want to have Google be accessible to everybody.
In an extreme contradiction, because of its desire to get into a market (China) with 700 million users (huge advertising dollars) Google is actively, knowingly helping the communist Chinese government censor what citizens see, restrict their free speech and track every individual to enable the government to easily track down and possibly arrest those who search for information banned by the government.

U.S. Google users need to be informed about the type of company Google really is. We need to know the underhanded things Google is willing to do with our personal information, as well as the fact that they are willing to restrict/manipulate search results.