Posted on March 27, 2019 in Wednesday's Example of Media Bias 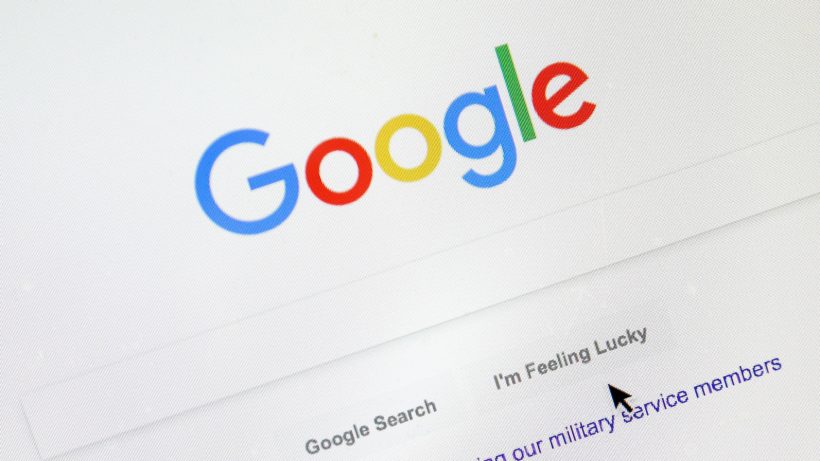 By Peter Svab, March 25, 2019, Epoch Times:
Google may have skewed the results of the 2018 midterm elections by millions of votes, according to research by psychologist Robert Epstein.

Epstein had about 130 anonymous “field agents” in Orange County, California, and about 30 more across the country who had all their election-related Google search results recorded, more than 47,000 of them, including nearly 400,000 web pages that the search results linked to.

“We found significant pro-liberal bias on Google—enough, quite easily, to have flipped all three congressional districts in Orange County from Republican to Democrat,” Epstein said in an emailed statement.

Democrats indeed flipped in 2018 the three congressional seats in the county that Epstein zeroed in for his study.

Compared to search engines Bing and Yahoo, Epstein and his team found the results from Google were “significantly more liberal than non-Google search results on all 10 days leading up to and including Election Day and in all 10 positions of search results on the first page of search results,” according to the summary of a paper Epstein plans to present at the annual meeting of the Western Psychological Association in Pasadena, California, in April. The summary was provided by Epstein to The Epoch Times.

They estimated the bias, based on ratings collected from thousands of people crowdsourced through sites like MTurk, he explained. Epstein further looked at news sources in the search results and calculated their political bias, based on ideological media map published in 2017 by Harvard’s Berkman Klein Center.

He said extrapolating the Orange County results nationwide is “more than reasonable,” since the field agents in other areas experienced “the same level of bias nationwide.”

While Epstein considers himself liberal, he’s been outspoken about his concern about Google’s power to influence political currents of the country.

In a January Epoch Times op-ed, he explained that even innocent-looking initiatives of the company, such as turning its logo on the search page from Google to “Go Vote” on Election Day 2018, could have notably favored the Democrats.

Since Google users tend to be more left-leaning on average, the Go Vote reminder was likely a net gain to the Democrats, he pointed out.

Given that more than 90 percent of political donations from Google employees have gone to Democrats since 2004, and Google’s leaders were said to have been dismayed by Trump’s win, Epstein doubted the company would take steps against its own ideological leanings.

“Would Google display a ‘Go Vote’ reminder to its U.S. users on Election Day—a reminder that would be seen by Americans more than 500 million times that day—if there was the slightest chance that doing so would give more votes to Republicans than to Democrats?” he asked.

Google executives have repeatedly denied that the political preferences of their staff leak into their products; they’ve also called Epstein’s past research “flawed.” Yet Google acknowledges that it not only sorts search results by relevance, but also by how “authoritative” the company deems the sources to be. Google even manually edits the search results on “controversial” topics, according to internal documents obtained by Breitbart.

It’s exactly the power to rank and sort where Epstein sees the power of influence in the crowded information world of today.

“In randomized, controlled, peer-reviewed research I’ve conducted with thousands of people, I’ve shown repeatedly that when people are undecided, I can shift their opinions on just about any topic just by changing how I filter and order the information I show them,” he wrote in an Epoch Times op-ed on Sept. 26.

Watch a September 2018 interview of Dr Epstein (prior to the Nov. 2018 elections and prior to the study detailed in the article above):

From Wikipedia:  Robert Epstein is an American psychologist, professor, author, and journalist. He earned his Ph.D. in psychology at Harvard University in 1981, was editor in chief of Psychology Today, a visiting scholar at the University of California, San Diego, and the founder and director emeritus of the Cambridge Center for Behavioral Studies in Concord, MA.

1. What type of bias does Dr. Epstein detail in his research?

2. a) Dr. Epstein has said that he is liberal, and that he supported Democratic presidential candidate Hillary Clinton in 2016. He explains that his biggest concern is one company having too much power to influence public opinion. Do you think this is a legitimate concern? Explain your answer.
b) If you agree, what do you think could be done to solve the problem? — or, if you disagree, how would you refute Dr. Epstein’s assertions?

1. Dr. Epstein illustrates bias by spin and selection of sources.