Posted on February 13, 2019 in Wednesday's Example of Media Bias 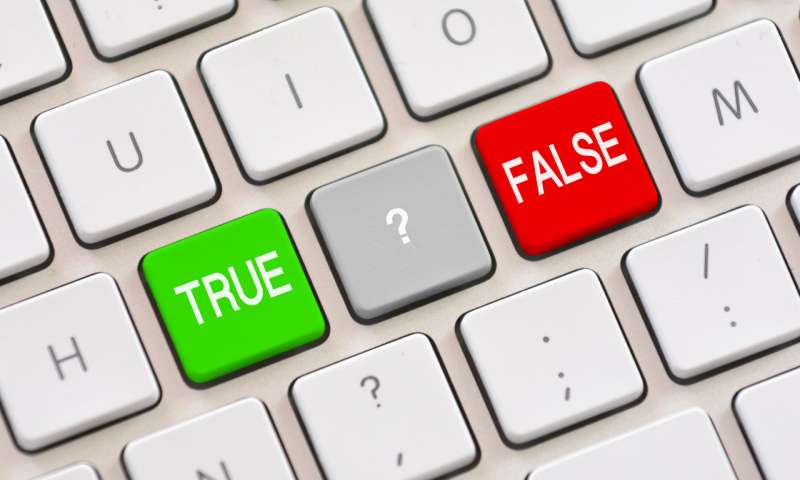 From a Feb. 9 article by David Harsanyi at NYPost:

…With a veneer of impartiality, fact-checkers often engage in a uniquely dishonest style of partisanship. And coverage of the 2019 State of Union gave us an abundance of examples of how they do it:

1 — Hyper-precision fact-checking that creates the impression that a Republican is misleading the public: For this, take Politico’s insinuation that Donald Trump was lying to the public about abuse of women at the border. During the State of the Union, Trump [said]: “one in three women is sexually assaulted on the long journey north.” This contention is only “partly true,” according to Politico, because a “2017 report by Doctors Without Borders” found that only 31 percent of female migrants and 17 percent of male migrants said they had been actually abused while traveling through Mexico.

Whether Doctors Without Borders’…statistic is accurate or not, is one thing. Trump, however, was being called out for asserting that “one in every three” illegal immigrants has been abused attempting to cross the border rather than “33.333 percent of women” …. It is almost surely the case that every past president and every politician has used “one-third” or “one-half” rather than a specific fraction, and walked away without being fact-checked.

2 — Fact-checking subjective* political assertions:  The New York Times … took political contentions offered by the president and subject[ed] them to a supposed impartial test of accuracy. In his speech, Trump called the illegal border crossing “an urgent national crisis.” The New York Times says “this is false.” (*Subjective: based on feelings or opinions rather than facts)

Why? Because illegal border crossings have been declining for two decades, they say. Customs and Border Protection agents, they go on to explain, had arrested around 50,000 people trying to illegally cross the southwestern border each of the last three months, which was only half of the arrests they had made in comparable months in the mid-2000s.

Even if those numbers are correct, there is no way to fact-check urgency. After all, a lessening crisis doesn’t necessarily mean it isn’t a pressing one.

We’ve seen a steep decline in gun violence over the past 30 years. Would The New York Times ever “fact-check” a Democrat who argued that gun violence was an “urgent crisis” of public safety? Of course not. But this fluctuating standard allows journalists to “fact-check” any subjective political contention they desire.

If I [say] that socialism is the greatest threat to American freedom and prosperity, I may well be right. I may have a lot of historical and economic evidence to back up my assertion. You can argue that I’m wrong. You can lay out statistics that attempt to prove me wrong. You can call me crazy. But you can’t produce an unbiased “fact-check” establishing that my opinion is conclusively false. You’re just writing an op-ed piece.

3 — Partisan* talking point masquerading as a fact check: “FACT CHECK: President Trump praised the record number of women in Congress, but that’s almost entirely because of Democrats, not Trump’s party,” NPR tweeted, correcting the record on a statement that the president never made.

“And exactly one century after Congress passed the Constitutional amendment giving women the right to vote, we also have more women serving in Congress than at any time before. That’s great. Very great. And congratulations. That’s great.”

Trump was offering his rundown on the state of the union, not the Republican Party. It’s true that presidents take credit for all the good things that happen under their watch. Trump is no exception. In this….case, however, Trump didn’t even take credit for electing the female politicians. In fact, he congratulated them after they broke out into cheers over his comment.

Some people have argued that NPR’s piece was providing context to the president’s comment. Perhaps. Still, their nitpicking created the impression that somehow Trump had misled the public. He did not.

4 — Fact-checking meant to obscure actual facts:  The Washington Post’s fact-checking page offered a number of egregious examples of outright misinformation. In one of them, reporter Meg Kelly claimed that, “Abortion legislation in New York wouldn’t do what Trump said.” There are a number of words in her post [implying] that Trump lied about the New York and Virginia late-term abortion bills, but none of her words debunk Trump’s core contention. Ramesh Ponnuru has a good rundown [at National Review].

Here’s what Trump said: “Lawmakers in New York cheered with delight upon the passage of legislation that would allow a baby to be ripped from the mother’s womb moments before birth. These are living, feeling, beautiful, babies who will never get the chance to share their love and dreams with the world. And then, we had the case of the governor of Virginia where he stated he would execute a baby after birth.”

As I’ve noted before, the biggest clue that you’re about to read a deceptive fact check on the abortion issue is an author mentioning that “only” few abortions of viable babies take place:

“Indeed,” Kelly writes, “only 1.3 percent of abortions — or about 8,500 a year — take place at or after 21 weeks, according to 2014 data from the Center for Disease Control and Prevention and the Guttmacher Institute.”

This number, as Ponnuru points out, is almost surely low. Whatever the case, Trump never claimed “most” abortions were post-20 weeks. Whether 8,500 or 15,000, thousands of viable babies are being aborted. No fact-checker would ever point out that only .0001 percent of legal gun owners commit crimes when talking about more firearm restrictions (and, yes, that’s an approximation).

Both the Virginia bill, which was tabled, and the New York law allow, just as Trump says (in his blunt language), for the termination of infants who survive the abortion procedure. Absolutely nothing in The Post’s “fact check” debunks the president’s contention that in New York, and elsewhere, abortion on demand until [giving birth] (and after) is now legal as long as the woman and a doctor decide that the baby is stressful in some way to the mother. How often it happens is up for debate. What the bill says is inarguable.

5 — Fact-checking a truthful statement by demanding that Trump highlight information that has absolutely nothing to do with his contention: An astute reader points out this PBS fact-check of a Trump tweet from a couple of weeks ago. I’ve noticed this genre, as well. In it, the president points out that a reputable Marist/NPR/PBS Poll had shown that his approval rating among Latinos had risen to 50 percent, an increase of 19 percent over a year’s time. After confirming that, yes, Trump had been precise in his assertion regarding their poll, PBS spends around 700 words taking Trump to task for failing to highlight other negative information in the poll. Will this be a new standard for all politicians?

The state of American fact-checking is dreadfully misleading. There’s no reason for conservatives to give its authors the deference they seek.

David Harsanyi is a Senior Editor at The Federalist. He is the author of the new book, “First Freedom: A Ride Through America’s Enduring History with the Gun, From the Revolution to Today.” Follow him on Twitter @davidharsanyi

1. Do you think the examples Mr. Harsanyi presents illustrate bias on the part of the fact-checkers at Politico, The New York Times, NPR, The Washington Post and PBS who fact-checked President Trump’s State of the Union? Explain your answer.