Posted on April 15, 2020 in Wednesday's Example of Media Bias 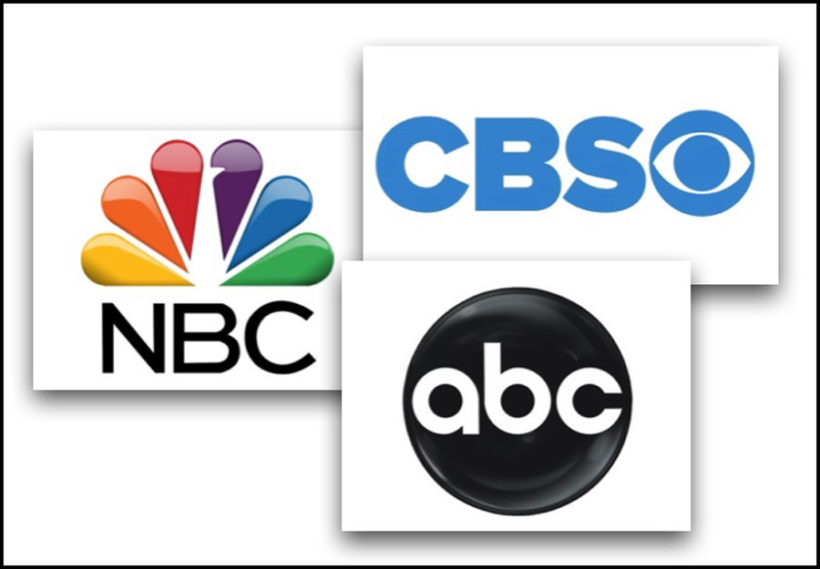 Jim Geraghty at National Review has assembled a…timeline of the communist Chinese government’s complicity in the spread of the Wuhan coronavirus. [He begins]:

The story of the coronavirus pandemic is still being written. But at this early date, we can see all kinds of moments where different decisions could have lessened the severity of the outbreak we are currently enduring. You have probably heard variations of: “Chinese authorities denied that the virus could be transferred from human to human until it was too late.” What you have probably not heard is how emphatically, loudly, and repeatedly the Chinese government insisted human transmission was impossible, long after doctors in Wuhan had concluded human transmission was ongoing — and how the World Health Organization assented to that conclusion, despite the suspicions of other outside health experts. …

…This is fantastic work by Jim, but why is he the one who put this together?

Jim…works for a…media outlet with limited resources. …There are huge media companies in this country covering this story who have resources and reporters all around the world at their fingertips to assemble this data.

Why didn’t NBC News do this reporting? Or ABC News? Or CNN?

This is the kind of journalism I can create because I don’t have to worry about a parent company’s access to the Chinese market: “The Comprehensive Timeline of China’s COVID-19 Lies”
(nationalreview.com/the-morning-jolt/chinas-devastating-lies/)

He’s absolutely right and it deserves some attention.

Every single major broadcast and cable news outlet covering the COVID-19 pandemic has a direct and critical interest in pleasing the communist regime in China. Every single one of them. To understand this critically important connection between these American news outlets and the Chinese government, you only need to understand the power of the Chinese market when it comes to the film industry.

It’s not breaking news that the Chinese market is the single most important region for growth and revenue for Hollywood. The profitability for many films these days is almost entirely dependant on ticket sales in China. If a major film doesn’t sell in China, it’s a problem for the studio. And films are only allowed to be shown in China if the communists in Beijing give permission. That’s the beauty of a totalitarian, communist state. Nobody in the country sees “Avengers: End Game” unless the authoritarians are accommodated.

This directly affects how Hollywood makes its movies.

Much has been written about the growing influence the Chinese censors have on the product coming out of Hollywood. Both conservative and liberal news outlets have lamented this growing trend. The influence of Chinese censors [is described in] this NPR feature explaining how a Tom Cruise blockbuster [and other movies were] modified to assuage the communist propagandists.

Perhaps this influence doesn’t end with how the next “Mission Impossible” film depicts the Chinese government. Perhaps the importance of maintaining entre into the Chinese market also influences how these same film companies report on the news.

Beyond the direct concerns of the film producing and distribution arms of these major corporations, they also have other direct interests in not ticking off the Beijing communists. These companies also own theme parks, cellular telephone networks, cable networks, movie theatres and much more.

Angering the Chinese government is just bad for business for these companies.

Are we to believe that the CEOs of these companies pick up the phone and direct how stories are to be reported? No, of course not. Spare us the straw man arguments here.

But to suggest that these companies are not aware that their product is viewed, scrutinized and judged by the government of China and there is an incredibly well-documented history of certain accommodations made to placate the Beijing propagandists is dangerously naive.

Would journalists, producers, and network executives bow to the will of the Chinese government in how they report on the facts surrounding the COVID-19 pandemic? I mean, wouldn’t their journalistic integrity and liberal ideals win out over these crass commercial considerations? After all, they are professional journalists with progressive ideals. The truth will always win out over powerful pressure from their connected, well-funded corporation, right?

Well, let’s just answer those rhetorical questions with one example: If you saw the Freddie Mercury biopic “Bohemian Rhapsody” in China, you would never have known the lead singer of Queen was gay. The Beijing censors erased any reference to his sexuality even though it was one of the most important themes in the film.

The progressive artists who made that film didn’t stand on their principles and integrity by demanding that the film should not be touched. They didn’t pull the film from the Chinese market insisting their work be seen untouched by communist censors. …

In related news, it was reported that “CNN promotes Chinese government propaganda.”

After lawmakers and others expressed concern over CNN’s reporting Chinese propaganda as news, on Wednesday (April 15) the headline had been changed to:

The story also includes an editor’s note: “This story has been updated to include Pentagon reaction and recent developments in the Western Pacific.”

“The article lacked context and did not outline how the coronavirus started in Wuhan, China. Nor did CNN explain that the Chinese government has supported the spread of anti-U.S. conspiracy theories that blame the U.S. military for spreading the virus in China. The cable news network did not mention that the Chinese government’s coronavirus case data is incomplete and not transparent, despite the country being the epicenter of the virus.

CNN’s article lacked appropriate context and portrayed the Chinese navy in a favorable light without a significant rebuttal to China’s propaganda. Although CNN quoted the U.S. Joint Chiefs of Staff chairman Gen. Mark Milley, the majority of the article was from the Chinese government’s perspective.”

Note:  The NY Post editors wrote on April 3, ‘The Washington Post and The New York Times, among others, have had a business relationship with China Watch, an offshoot of China Daily, a Chinese-government newspaper’ for years. Such facts cast a cold light on these outlets’ motives in ‘attacking those citing [the virus’] origins in Communist China’ and even ‘claiming “anti-Asian bias with little or no evidence’ — just at Beijing wanted.”

1. In his report, Mr. O’Connor asks the question:  “Would journalists, producers, and network executives bow to the will of the Chinese government in how they report on the facts surrounding the COVID-19 pandemic?”  He implies they would based on their connections to major Hollywood studios.

Jim Geraghty tweeted:  “This is the kind of journalism I can create because I don’t have to worry about a parent company’s access to the Chinese market” about his article ”The Comprehensive Timeline of China’s COVID-19 Lies.”

Consider the ties CNN, ABC, NBC, CBS have to entertainment companies who must please the Chinese communist government in order to have access to their billion+ customers.

What do you think about the assertion that these media outlets allow Chinese censors to influence how they report on the communist government’s COVID-19 response, cover-up and responsibility? Do Mr. Geraghty and Mr. O’Connor make a legitimate argument? Explain your answer.

2. Consider the CNN “news” report and headline on the Chinese navy.  What is your reaction to their initial report and decision to change the headline and part of the article once the propaganda was criticized?

3. Ask a parent the same questions. Discuss your answers.