Posted on May 4, 2016 in Wednesday's Example of Media Bias 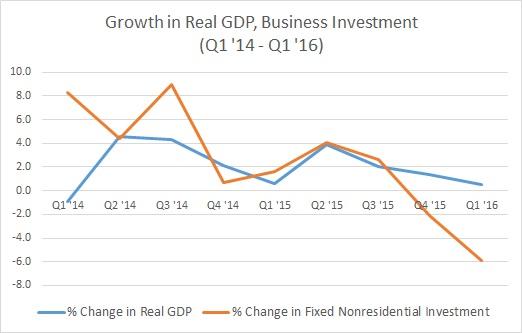 The U.S. economy slowed down so much last quarter that even Europe’s economy grew faster. But if you just watched the broadcast networks’ and Hispanic media’s evening news programs, you wouldn’t have known that.

Despite the disappointing news, those outlets didn’t even cover the GDP figure on the day of its release from the Bureau of Economic Analysis, or on the following weekend.

None of ABC, NBC, CBS, Telemundo and Univision’s evening news shows reported on the slump from April 28, 2016, to May 1, 2016. Instead, evening news programs covered protesters at a Trump event, pop star Prince’s death and severe weather, among other things.

This wasn’t the first time the media kept quiet about weak economic growth during the Obama administration. For six straight months in 2012, ABC, CBS, and NBC skipped the nation’s declining GDP.

1. What types of bias is the excerpt an example of?

2. Conservatives say if a Republican was in the White House and the report was this bleak, the media would have widely reported the story. President Obama says the economy is fine. (The British news outlet, the left-leaning Guardian reported on Thursday “US economy grows at slowest pace in two years as Obama defends legacy”)
What motive would the networks have for not reporting this story?

3. Ask a parent: do you think the networks purposely did not report the latest slowed economic growth? Please explain your answer.