Posted on January 24, 2018 in Wednesday's Example of Media Bias 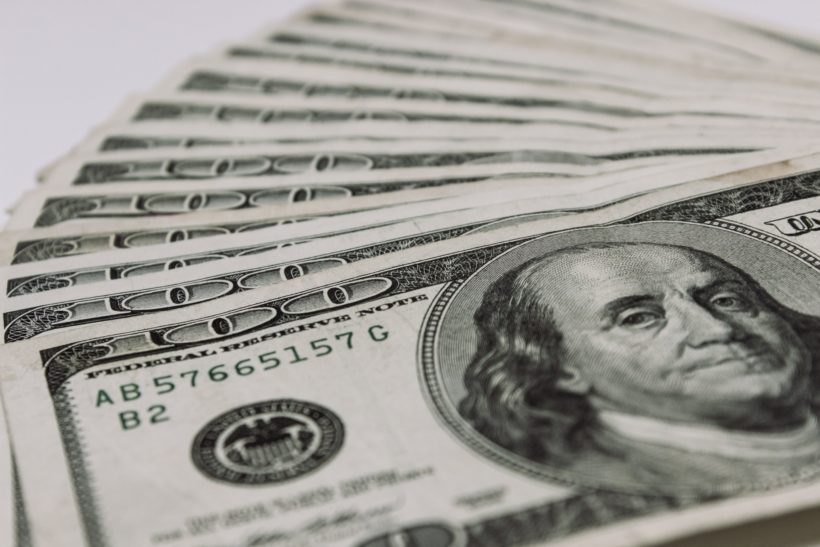 The following is from a report by Aly Nielsen and Julia A. Seymour at MRC Business on January 18, 2018:

Thousands of workers across the U.S. were awarded bonuses, wages hikes or higher retirement account matches this year thanks to the tax reform bill recently passed by the GOP and signed into law by President Donald Trump.

But this huge economic story affecting so many was practically ignored by the network evening news shows in 2018. Between Jan. 1, and Jan. 12, there were only two stories mentioning companies handing out bonuses or raising wages. And one of those didn’t even mention the decision’s connection to recent tax cuts. ABC World News Tonight with David Muir ignored the story entirely those two weeks.

At least 65 companies of all shapes and sizes including big names like Walmart, JetBlue and Southwest Airlines announced bonuses, greater 401(k) contributions and/or increased base wages (often to $15) in that two week timeframe. Those announcements followed at least 63 other companies’ decisions to raise wages or give out bonuses between Dec. 20, and Dec. 29, according to Americans for Tax Reform. Tax cuts passed Dec. 20. Companies specifically cited the lowered corporate tax rate as the reason for their decision.

“We applaud Congress and the President for taking this action to pass legislation, which will result in meaningful corporate income tax reform for the transportation sector in general, and for Southwest Airlines, in particular,” Southwest Airlines Chairman and Chief Executive Officer Gary Kelly said in a press release Jan. 2.

Several days later, on Jan. 8, Southwest gave out $1,000 cash bonuses to all full-time and part-time employees who were employed with the airline as of Dec. 31, 2017.

It wasn’t just big airlines either. Local businesses like Anfinson Farm Store of Cushing, Iowa, and Charlotte Pipe and Foundry Company of North Carolina, in addition to Visa, local and national banks, utility companies and car dealerships all took steps to reward their employees or communities (through charitable contributions) and attributed the acts to the tax bill’s passage.

The millions of dollars being awarded and touching communities across the United States should have been a huge news story. And it was, just not on the broadcast networks which have proved hostile to the Trump administration and opposed tax cuts. MRC analysts found that network statements throughout November and December Congressional debate over tax reforml were 81 percent negative.

Yet, World News Tonight ignored the positive economic story while CBS Evening News with Jeff Glor spent just 19 seconds total. Those seconds aired Jan. 11, as CBS reported Walmart’s minimum wage hike, but omitted both the GOP tax bill’s role and more than 100 other companies which had made similar announcements by that night.

NBC Nightly News with Lester Holt devoted one minute, 44 seconds to the story on Jan. 11, citing raises and bonuses at Walmart and other companies.

“Walmart’s one of more than 100 companies passing on some of the savings after Congress cut the corporate tax rate from 35 percent to 21 percent,” NBC News correspondent Gabe Gutierrez reported.

As Nightly News admitted, a majority of the raise and bonus announcements made in December and January credited the GOP tax legislation.

“We are pleased to announce that in light of this new tax structure and in recognition of our outstanding team members, American will distribute $1,000 to each team member (excluding Officers) at our mainline and wholly owned regional carriers. These distributions will total approximately $130 million and will be made in the first quarter of 2018,” American Airlines said in a letter to employees.

Other companies had different ways of spreading the wealth of the corporate tax cut. Utah-based Rocky Mountain Power said it would pass the “benefit of this tax cut” on to its customers. Nationwide Insurance, Visa and People’s Bank all increased contributions and matching levels to their employees’ 401(k) accounts. Other companies, including Capital One, Regions Financial Corporation and U.S. Bancorp, raised their minimum wage to $15 an hour.

MusicNotes, an online sheet music company based in Wisconsin, said it was giving every employee an additional three percent salary increase, on top of existing raises.

Between Dec. 20, 2017 and Jan. 12, 2018, at least 128 companies announced plans to pass on some of their tax savings on to their employees and customers, according to a list compiled by Americans for Tax Reform. Companies continued to be added to the list after that time. As of Jan. 17, the list included nearly 200 companies and was still being updated.

The media’s failure to cover the positive impact of the tax cuts fit their negative overall coverage of the issue. During the congressional debate over tax reform in November and December, the broadcast network evening newscasts churned out 173 minutes of coverage, most of it negative.

During those two months, a separate MRC analysis tallied 49 explicitly positive statements about tax reform from network reporters/anchors, or non-partisan sources such as taxpayers or experts. That compares to 203 explicitly negative statements during the same time period, which translates to 81% negative spin.

Methodology: MRC Business watched all weeknight evening news shows on ABC, CBS and NBC between Jan. 1, 2018, and Jan. 12, 2018, looking for coverage of businesses raising wages, giving out bonuses or taking other actions because of the GOP tax bill’s passage. Only two stories were found.

1. What type of bias does this report illustrate?