Posted on April 3, 2019 in Wednesday's Example of Media Bias 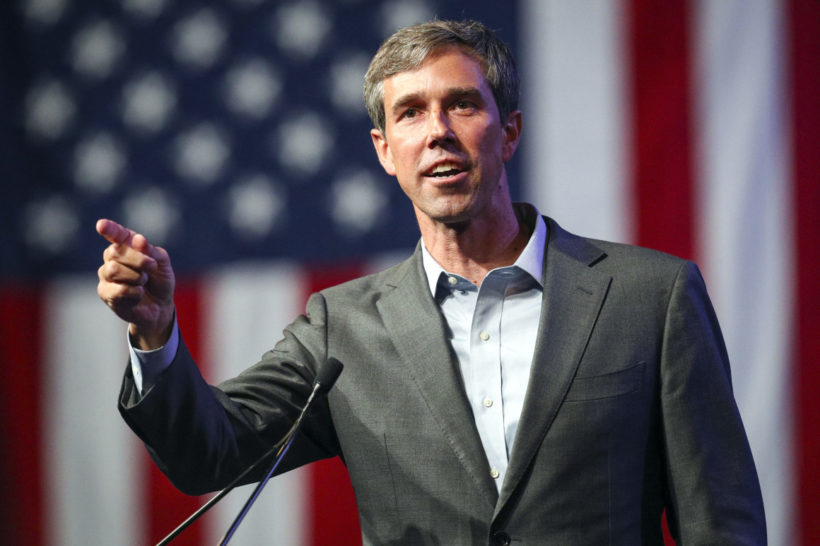 Beto O'Rourke was a Democratic member of the U.S. House from 2013 to 2019, representing Texas' 16th Congressional District. O'Rourke also served on the El Paso City Council from 2005 to 2011. On March 14, O’Rourke announced his candidacy for Democratic candidate in the 2020 presidential race.

In coverage of Beto (Robert Francis) O’Rourke’s official kickoff of his 2020 presidential bid on Sunday, the Associated Press furthered the false narrative that he’s Hispanic when it declared that he spoke to the El Paso, Texas, crowd in “his native Spanish.” He is, in fact, a fourth-generation Irish-American. He grew up in the Texas border town of El Paso. He speaks fluent Spanish.

Nowhere in the article does it say his full name, nor does the author mention his Irish-American roots. Instead, we get this from the Associated Press about O’Rourke’s speech:

“We have learned not to fear our differences, but to respect and embrace them,” he told a crowd that waved small American flags and black-and-white signs reading “Viva Beto” while often interrupting their candidate to chant his first name. Mr. O’Rourke also spoke at length in his native Spanish, eliciting loud and sustained cheers.

The inaccurate description has since been edited to remove the “native” part. Following criticism on social media, it now reads:

“We have learned not to fear our differences, but to respect and embrace them,” he told a crowd that waved small American flags and black-and-white signs reading “Viva Beto” while often interrupting their candidate to chant his first name. O’Rourke also spoke at length in Spanish, eliciting loud and sustained cheers.

Mark Finkelstein writes: “Note: shortly after I tweeted about Associated Press having written about Beto speaking in ‘his native Spanish,’ the AP deleted the reference to “native Spanish” in its article [without a notation that the article had been corrected]. Luckily, a Twitter reader had preserved the original, and I was also able to find a Tennessee newspaper (Citizen Tribune) that ran the AP story in its original version with the “native Spanish” claim. And just in case that Tennessee paper also erases the ‘native Spanish’ line, below is a screenshot of its original” (4th paragraph): The post above was compiled from articles at The Daily Beast, Media Research, Townhall and the Citizen Tribune.

The AP – Associated Press is the most used news agency in the U.S.  Many news articles published by U.S. news outlets are AP stories.

Robert Francis O’Rourke was born in El Paso, Texas to Pat Francis O’Rourke and Melissa Martha O’Rourke (Williams). He has Irish and Welsh ancestry. Wikipedia reports: His family gave Robert the nickname “Beto,” a common Spanish nickname for first names ending in “-berto” to distinguish him from his namesake grandfather.

The Daily Beast reports: “O’Rourke has been accused of cultural appropriation for giving the impression that he has some form of Hispanic ethnicity.”

1. The AP falsely reported that Democratic presidential candidate Robert Francis O’Rourke (Beto) was “speaking in his native Spanish,” leading readers to believe he is Hispanic. He is not. Do you think the Associated Press reporters intentionally mislead readers about Mr. O’Rourke? Explain your answers.

2. If intentional, what type of bias does the AP display by misrepresenting Beto O’Rourke’s heritage?

3. What positive or negative impact would misleading potential voters (printing a false narrative) about Mr. O’Rourke’s heritage have on his candidacy?

3. Misleading voters would have a positive impact on Beto O’Rourke’s candidacy, as some think Hispanic voters would vote for Beto because they believe he is Hispanic.