World #1 – Drone attacks knock out half of Saudi oil capacity 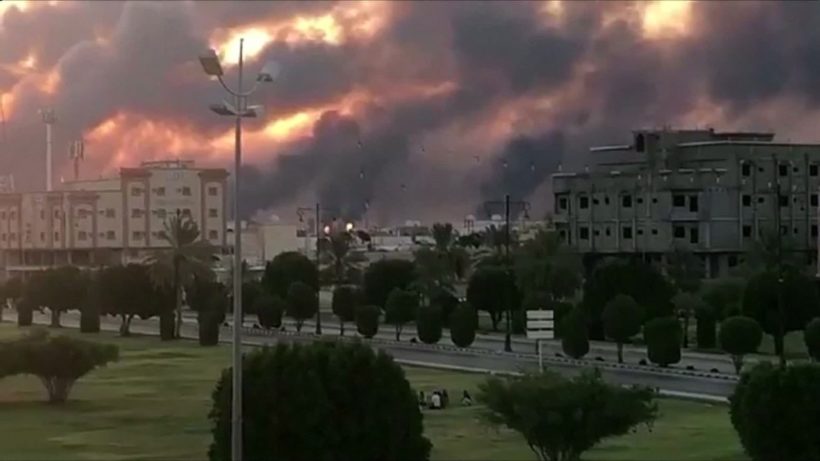 (by Rania El Gamal, Aziz El Yaakoubi, Reuters) DUBAI – An attack on Saudi Arabia that triggered the biggest jump in oil prices in almost 30 years was carried out with Iranian weapons, a Saudi-led coalition said on Monday….

The Iran-aligned Houthi rebel group that controls Yemen’s capital claimed responsibility for Saturday’s attack, which knocked out more than half of Saudi Arabia’s oil production and damaged the world’s biggest crude processing plant.

Iran denied U.S. charges it was to blame and said it was ready for “full-fledged war.”

Iranian President Hassan Rouhani said the strike was carried out by “Yemeni people” responding to years of attacks by a Saudi-led coalition in Yemen’s four-year-old war.

“Yemeni people are exercising their legitimate right of defense,” Rouhani told a joint news conference with his Russian and Turkish counterparts at a meeting in Ankara. … 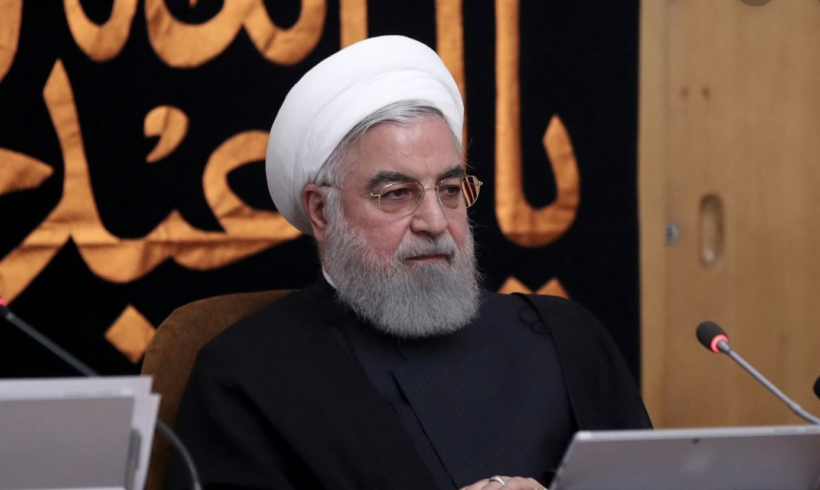 A Saudi-led military alliance battling the Houthis said the attack on Saudi oil plants was done with Iranian weapons and was not launched from Yemen, according to preliminary findings.

Coalition spokesman Colonel Turki al-Malki said that an investigation into Saturday’s strikes, which shut 5% of world crude output, was going on to determine the launch location.

“The preliminary results show that the weapons are Iranian and we are currently working to determine the location … The terrorist attack did not originate from Yemen as the Houthi militia claimed,” Malki told a news conference in Riyadh.

…U.S. Ambassador to the United Nations, Kelly Craft, told the U.N. Security Council on Monday that emerging information on the attacks “indicates that responsibility lies with Iran” and that there is no evidence the attack came from Yemen.

[As expected,] Iran rejected U.S. accusations that it was responsible. “These allegations are condemned as unacceptable and entirely baseless,” Foreign Ministry spokesman Abbas Mousavi said in remarks carried by state TV.

Oil prices surged by as much as 19% before coming off their peaks. The jump was the biggest since the 1990-91 Gulf crisis over Iraq’s invasion of Kuwait.

The market then eased from its peak after President Trump announced that he would release U.S. emergency supplies and producers said there were enough stocks stored up worldwide to make up for the shortfall. Prices were only around 12% higher by 1645 GMT.

The kingdom said it would be able to meet customers’ demand from its ample storage, although some deliveries had been disrupted. At least 11 supertankers were waiting to load oil cargoes from Saudi ports, ship tracking data showed on Monday. …..

While Iran has denied blame for the attacks, its Yemeni allies have promised more strikes to come. Houthi military spokesman Yahya Sarea said the group carried out Saturday’s pre-dawn attack with drones, including some powered by jet engines.

“We assure the Saudi regime that our long arm can reach any place we choose and at the time of our choosing,” Sarea tweeted. “We warn companies and foreigners against being near the plants that we struck because they are still in our sights.”

U.S. officials say they believe [because the evidence shows] that the attacks came from the opposite direction, possibly from Iran itself rather than Yemen, and may have involved cruise missiles. Wherever the attacks were launched, however, they believe Iran is to blame. … 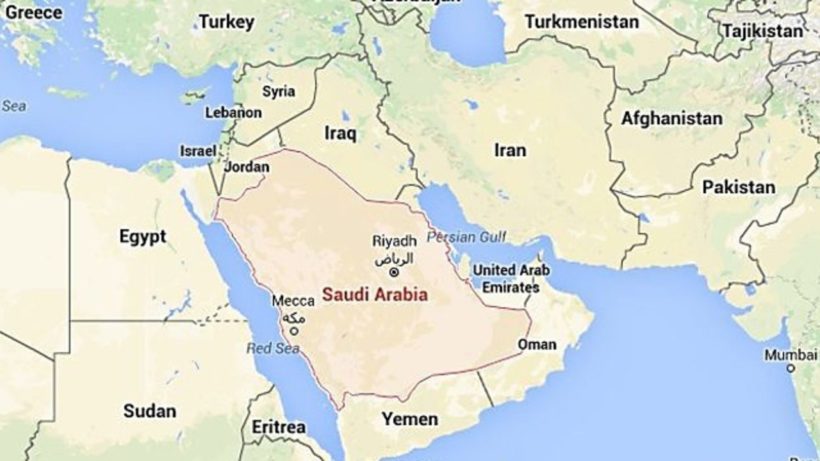 For months, Iranian officials have issued veiled threats, saying that if Tehran is blocked from exporting oil, other countries will not be able to do so either. However, Iran has [as usual] denied a role in specific attacks, including bombings of tankers in the Gulf and previous strikes claimed by the Houthis. …

Washington has imposed its “maximum pressure” strategy on Iran since last year when President Trump reimposed sanctions on Iran and quit the international nuclear deal [implemented by President Obama in 2015, which was opposed by the majority of Americans] that gave Tehran access to world trade in return for [temporarily reducing its work on its nuclear weapons program]. …

President Trump has said his goal is to force Iran to negotiate an agreement [to end their nuclear weapons program] and has left open the possibility of talks with Rouhani at an upcoming U.N. meeting. Iran says there can be no talks until Washington lifts sanctions. … [The Iranian govenrnment continually calls for the destruction of Israel, as well as “Death to America.”]

Saudi Arabia is not only the world’s biggest oil exporter; it also has a unique role in the market as the only country with enough spare capacity to increase or decrease its output by millions of barrels per day, keeping the market stable.

Writing by William Maclean and Mike Collett-White.  Published by Reuters .com on September 16, 2019. Reprinted here for educational purposes only. May not be reproduced on other websites without permission from Thompson Reuters.

2. For SAUDI ARABIA:
a) list the who, what, where and when of the news item
b) Who claimed responsibility for the drone attacks that knocked out half of Saudi Arabia’s oil production?
c) For what reasons is the Iranian government believed to actually have committed the attack on Saudi Arabia? Be specific.

“Tehran is behind nearly 100 attacks on Saudi Arabia while [Iranian President] Rouhani and Zarif pretend to engage in diplomacy. Amid all the calls for de-escalation, Iran has now launched an unprecedented attack on the world’s energy supply. There is no evidence the attacks came from Yemen.”

He then followed up with:

“We call on all nations to publicly and unequivocally condemn Iran’s attacks. The United States will work with our partners and allies to ensure that energy markets remain well supplied and Iran is held accountable for its aggression.”

Saudi Arabia and Iran are locked in a fierce struggle for regional dominance.

The decades-old feud is exacerbated by religious differences. They each follow one of the two main branches of Islam – Iran is largely Shia Muslim, while Saudi Arabia sees itself as the leading Sunni Muslim power.

The two countries are not directly fighting but they are engaged in a variety of proxy wars (conflicts where they support rival sides and militias) around the region.

Saudi Arabia is fighting against the rebel Houthi movement in neighbouring Yemen, in part to stem perceived Iranian influence there.

Iran has denied accusations that it is supporting the Houthis militarily, though successive reports from a panel of UN experts have demonstrated significant assistance for the Houthis from Tehran in terms of both technology and weaponry.

The Houthis have repeatedly launched rockets, missiles and drones at populated areas in Saudi Arabia. The attacks have left at least four civilians dead.

The Yemen conflict escalated in March 2015, when the Houthis seized control of much of the west of the country and forced President Abdrabbuh Mansour Hadi to flee abroad.