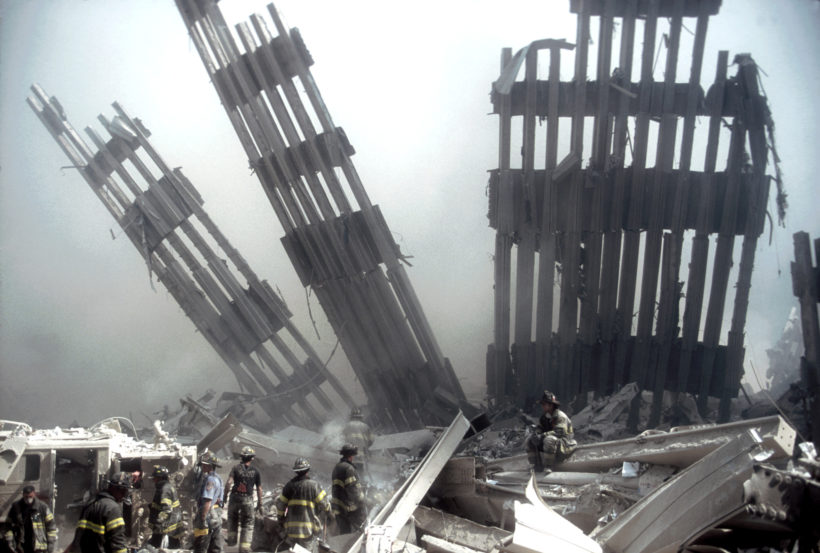 For a better understanding of what happened on September 11, 2001 (9/11) and to learn the stories of those who were killed and of the survivors, read a few survivor stories and listen to firefighters’ AUDIO from the towers “FDNY operating in the South Tower on 9/11” under “Resources” below.

Watch two news reports and two videos from that morning:

4. What do you know about what actually happened on September 11, 2001 as a result of the actions of al Qaeda terrorists? Scroll down to read “Background” below, then watch the videos and visit some of the links under “Resources” to gain an understanding of what people experienced that day.
List 2-3 things you did not already know about 9/11 from this information that you think is important for all Americans to know.
(For a timeline of what happened that day, go to timeline .911memorial .org)

8. a) Some people say we need to move past 9/11 and look to the future. Others say “never forget” – and that this was an attack on all Americans, not just those who were killed (and their family and friends who lost loved-ones). After watching the videos and reading more about 9/11, what do you think? Explain your answer.
b) Ask a parent the same question.