US to Collect DNA of All Undocumented Immigrants 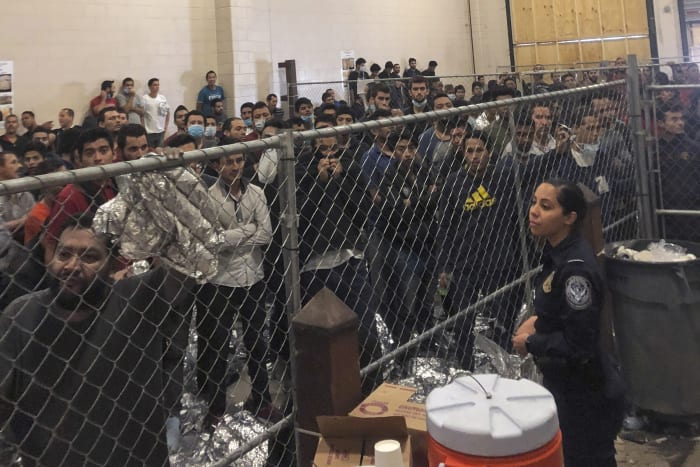 (by Agence France-Presse at VOA News) WASHINGTON – The U.S. government plans to collect the DNA of all migrants detained after entering the country illegally, officials said Wednesday.

The Department of Homeland Security (DHS) is developing a plan to take DNA samples from each of the undocumented immigrants and store it in a national database for criminal DNA profiles, they said.

Speaking to journalists on grounds of anonymity, DHS officials said the new policy would give immigration and border control agents a broader picture of the migrant and detainee situation.

And stored on the FBI’s CODIS DNA database, it could also be used by others in law enforcement and beyond.

“It does enhance our ability to further identify someone who has illegally entered the country,” said one official.

“It will assist other organizations as well in their identification ability.”

Officials said they were in fact required to take the DNA samples by rules about the handling of arrested and convicted people that were issued by the Justice Department [under George W. Bush] in 2006 and [Barack Obama] in 2010, but which had not been implemented.

They said the program for collecting DNA was still being developed, and they did not have a date set for implementation.

Collecting and storing the DNA of people simply detained and not tried or convicted of a crime could draw criticism from civil rights groups.

Earlier this year the U.S. Border Patrol began performing “rapid DNA” tests on migrants who cross the border as family units to determine if the individuals were actually related and were not making fraudulent claims.

The new program will collect much more genetic information than that program, and will store it.

“This is fundamentally different from rapid DNA,” said a second official.

“This is a more-full scope DNA profile.”

From an Agence France-Presse (AFP) report published at VOA .com. Reprinted here for educational purposes only. May not be reproduced on other websites without permission from Voice of America.

2. What will DHS do with the DNA samples?

4. What is the purpose of this new DNA program? Be specific.

5. What did the officials say about DNA rules under the Bush and Obama Justice Departments?

6. What do you think? Is implementing a plan to take DNA samples from all people entering the country illegally a good way to identify them, and to protect U.S. citizens, or is it a violation of the migrants’ “rights” (and if so, rights under which law?)  Explain your answer.

7. In 2013, the U.S. Supreme Court ruled that police can take DNA samples from anybody under arrest for any crime, regardless of whether DNA is relevant to their arrest. (This was in a case regarding an American citizen.) Does this change your answer to #6? Why or why not?