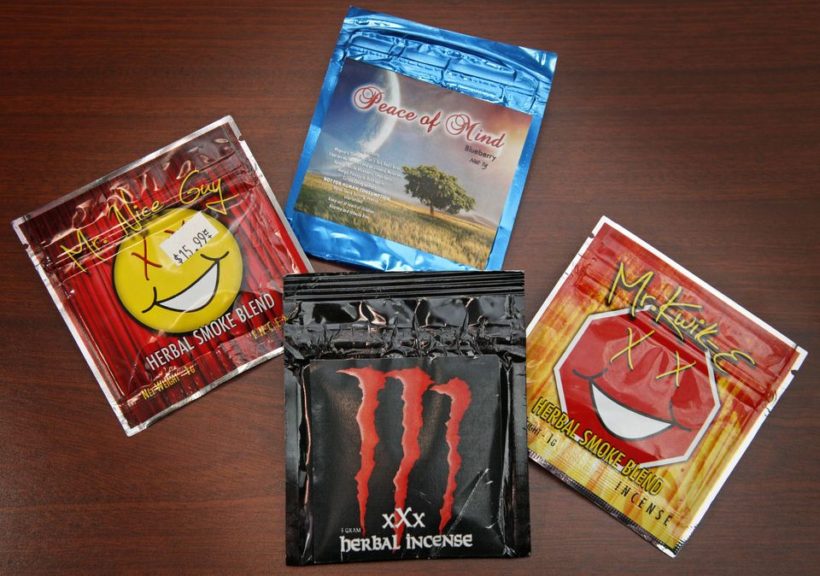 Gov. Andrew Cuomo said Friday that more than 160 patients in nine days have been rushed to hospitals across the state for adverse reactions to synthetic cannabinoid, known as “spice” or “K2.”

“Spice” and other similar synthetic drugs are often marketed as legal plant material coated with chemicals that are supposed to mimic the effects of marijuana, according to a statement from the governor’s office.

Symptoms after use have a wide range of severity, from confusion, drowsiness and headaches to increased heart rate, seizures and loss of consciousness, according to the New York State Department of Health.

Synthetic marijuana is popular among teens because it is marketed as incense or natural products to “mask its true purpose,” the health department statement said.

“Young people may be fooled into thinking that these substances are safe because they are sold over the counter or are in colorful packaging, but they are not made for human consumption,” New York Alcohol and Substance Abuse Service s Commissioner Arlene Gonzalez Sanchez said. “They are dangerous and can have significant, long-term effects on the brain.”

Synthetic marijuana – an herbal product sprayed with powerful and sometimes unknown chemicals – was officially banned and labeled a Schedule 1 drug in late 2010 by the DEA (Drug Enforcement Administration), and is illegally sold at head shops, bodegas, and small grocery stores.

A Schedule 1 classification for a drug means that there is no medically approved use for the substance, placing the user at high risk, not only for misuse, but abuse.

Commonly marketed and sold under such names as “K2” or “Spice”, the powerful and unpredictable concoction has great potential for adverse effects, including agitation, anxiety, elevated heart rates and elevated blood pressure. Seizures may also occur, placing persons at risk for aspiration, and the need for mechanical ventilation.

Users may also experience paranoia, leading to hallucinations and aggressive and violent behavior. Emergency department staff must chemically restrain such patients in order to prevent them from harming others as well as themselves when they are brought to the emergency department.

Those who also use illicit drugs such as cocaine, MDMA or molly, or amphetamines along with synthetic cannabinoids can place themselves at risk for extreme surges of blood pressure leading to dangerous arrhythmias, strokes and heart attacks which can be fatal. Last year, California teen Connor Eckhardt died after smoking one hit of synthetic marijuana. Above, Connor is pictured brain dead, surrounded by his family, shortly before his organs were donated. (UK Daily Mail)

The recent surge is not isolated in New York; other states across the country have noticed similar trends.

Alabama Department of Public Health issued a statement last week acknowledging a rise of synthetic marijuana usage and said there had been 98 overdoses suspected to be linked with “spice” in the previous month.

Mobile County alone has seen seven cases in 2015 so far, more than the entire previous year, the statement said.

Mississippi health officials are also concerned that synthetic marijuana is on the rise.

Ninety-seven cases over an eight-day span in April were reported to the Mississippi Poison Control Center, a Department of Health press release said.

Compiled from articles published on April 18 at CNN.com and Forbes.com. Reprinted here for educational purposes only. May not be reproduced on other websites without permission.

1. How many people were rushed to hospitals across New York State in the past week due to adverse reactions to synthetic marijuana?

2. List all types of symptoms these people experience as described in the article.

3. Why is synthetic marijuana popular among teens?

4. What is synthetic marijuana?

6. Is New York the only state that had experienced such a huge surge in emergency room visits due to the use of synthetic marijuana? Explain your answer. Be specific.

7. What do you think is the best way to prevent teens from using synthetic marijuana?

CHALLENGE: Do an internet search to find out if the use of synthetic marijuana is a problem in your state, and whether it disproportionately affects teens.

The synthetic cannabinoids also place users at risk not only for psychological dependency, but physical dependency as well, making addiction to these substances part of the ongoing discussion.

Using these designer drugs is essentially like playing a game of Russian Roulette–the reactions are so unpredictable and variable, and it’s unclear what adverse effects could potentially occur.

Persons with a history of high blood pressure, seizures, or heart disease are at high risk for adverse reactions and should be warned to stay away from these substances at all cost.

It is unclear as to whether a new or more potent synthetic cannabinoid has been added to new batches of the banned product that have recently been sold in NYC. (from the Forbes article by Dr. Robert Glatter, MD)

Watch a CNN interview with the parents of 16 year-old Chase Burnett, speaking about their son’s death in 2012 from synthetic marijuana:

and an expanded report on the same story: