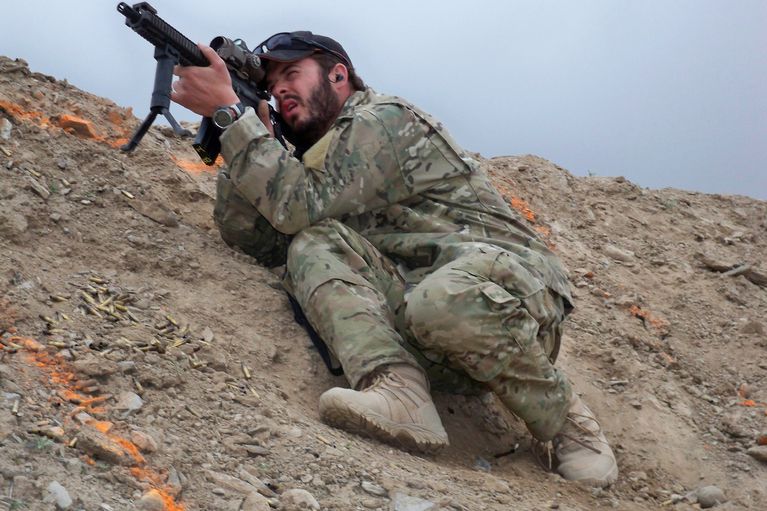 (by Joshua Nelson, Fox News) – After being awarded the nation’s highest military honor on Wednesday, Master Sgt. Matthew O. Williams made his first television appearance Friday and said that the ceremony was “overwhelming, to say the least, and extremely humbling.”

“It’s a real testament to the capabilities and what the U.S. Special Forces, specifically the Green Berets, are capable of,” Williams told “Fox & Friends.”

President Trump awarded the Medal of Honor to Williams, an Army Green Beret who fought his way up a frozen mountain in Afghanistan to help rescue wounded comrades during a mission to kill or capture a terrorist leader. [He was awarded the medal for “going above and beyond the call of duty.”] 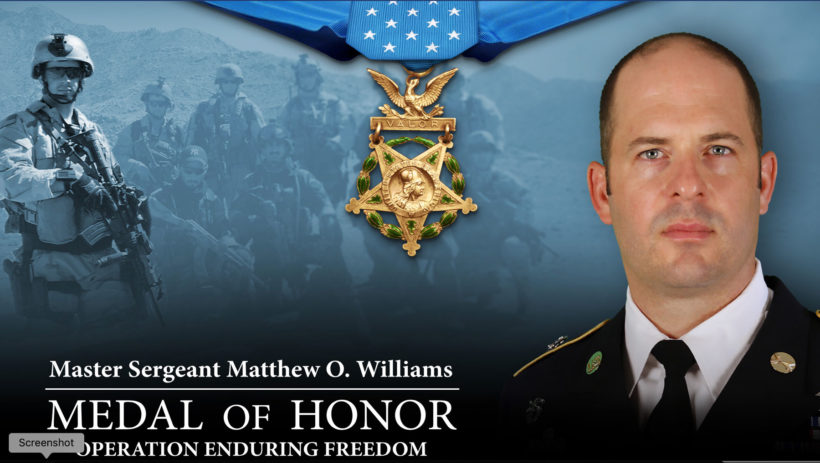 Williams, who helped save four critically wounded comrades and prevented the lead element of a special operations force from being overrun in Afghanistan, was at the White House Wednesday, joined by his wife, Kate, and their 2-year-old son, Nolan.

Williams “put his own life in great peril to save his comrades,” Trump said during the White House ceremony.

The Texas native previously was awarded the Silver Star for his heroics during the six-hour battle on April 6, 2008, in Afghanistan’s Shok Valley. Williams was part of a joint U.S.-Afghan raid hunting Gulbuddin Hekmatyar, the leader of the former Hezebela Islami Gulbadin militia, the Army Times reported. 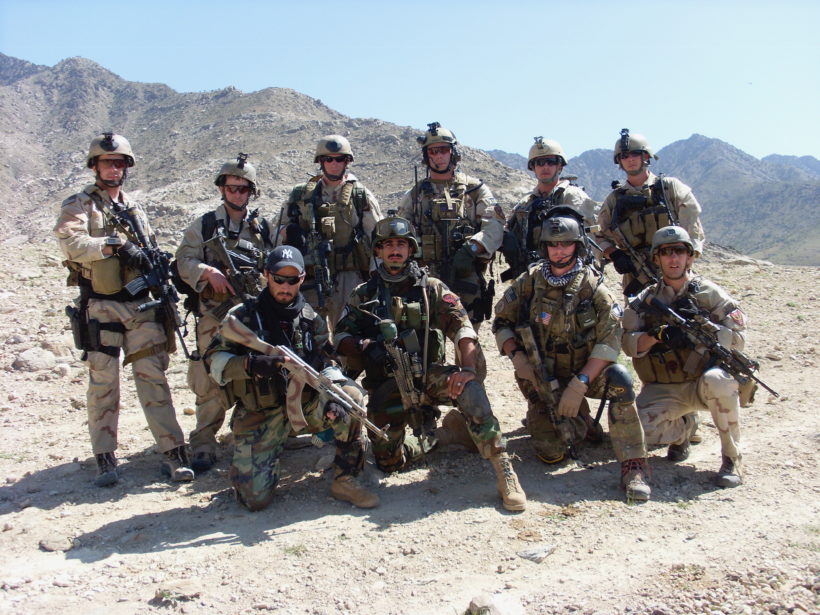 He was serving as a weapons sergeant with the Special Forces Operational Detachment Alpha 3336 at the time. [A weapons sergeant is someone who knows U.S. and foreign weaponry well and often goes behind enemy lines to help friendly forces train and recruit.].

[Members of Williams’ Green Beret team from that 2008 operation, as well as one of their Afghan interpreters, were present at the White House ceremony.]

“Definitely one of the best parts is having everybody together,” Williams said. “Reuniting with the team and having family and friends joining me for this moment. It’s extremely special.”

Williams joined the Army in 2005. He deployed to Afghanistan multiple times throughout his military career. The battle was one of the most difficult during his time in Afghanistan, he told Stars and Stripes.

Williams has continued to serve in the Army, assigned to the 3rd Special Forces Group at Fort Bragg, N.C.

[President Trump praised Williams for his service, describing how he has completed five tours in Afghanistan and one deployment to Africa.

“And he continues to serve our country on active duty today,” Trump said. “That’s something — to have the Congressional Medal of Honor and be serving on active duty. It’s very rare.”].

“Matt, we salute your unyielding service, your unbreakable resolve and your untiring devotion to our great nation and the nation that we all love,” Trump said before presenting Williams with the Medal of Honor.

Fox News’ Talia Kaplan contributed to this report. Published at FoxNews .com on November 2, 2019. Reprinted here for educational purposes only. May not be reproduced on other websites without permission from Fox News.

1. What is the Medal of Honor? Be specific.

2. For what actions did Sgt. Williams receive the Medal of Honor, according to the citation he received? When and where did this occur?

3. How many tours of duty has Sgt. Williams completed in Afghanistan?

4. What is unusual about Sgt. Williams’ status as a Medal of Honor recipient?

5. Read about Master Sgt. Williams’ heroic actions that day at defense.gov and at army.mil.  Read the “Background” and watch the video under “Resources” below. How does the story of Sgt. Williams’ mission inspire you?

Sgt. Williams initially was awarded the Silver Star for his actions that day in 2008. It was upgraded to the Medal of Honor. Read the original citation below:

Read about the Medal of Honor at history.army.mil.

Watch the interview with Sgt. Williams:

Read about Master Sgt. Williams’ heroic actions that day at defense.gov and at army.mil

Watch a clip from the Medal of Honor ceremony at the official WhiteHouse YouTube page.

Read the stories of a few other Medal of Honor recipients: