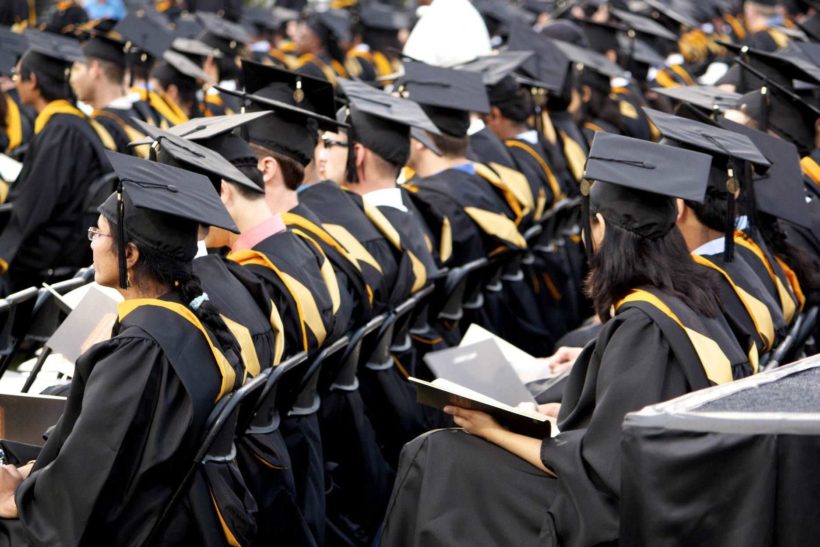 (by Kate O’Keeffe, The Wall Street Journal) — The U.S. Department of Education opened investigations into Harvard and Yale as part of a continuing review that it says has found U.S. universities failed to report at least $6.5 billion in foreign funding from countries such as China and Saudi Arabia, according to department materials viewed by The Wall Street Journal.

The investigations into the Ivy League schools are the latest in a clash between U.S. universities and a coalition of federal officials including law enforcement, research funders such as the National Institutes of Health, and a bipartisan group in Congress that has raised concerns about higher-education institutions’ reliance on foreign money, particularly from China.

… The Education Department described higher-education institutions in the U.S., in a document viewed by the Journal, as:

… Universities are required to disclose to the Education Department all contracts and gifts from a foreign source that, alone or combined, are worth $250,000 or more in a calendar year. Though the statute is decades old, the department only recently began to vigorously enforce it [under the Trump administration].

Officials accused schools of actively soliciting money from foreign governments, companies and nationals known to be hostile to the U.S. [who are] potentially in search of opportunities to steal research and “spread propaganda benefitting foreign governments,” according to the document.

In addition, while the department said it has found foreign money generally flows to the country’s richest universities, “such money apparently does not reduce or otherwise offset American students’ tuition costs,” the document said.

U.S. officials say China uses a variety of means to target academia, including government-funded talent recruitment programs such as the Thousand Talents Plan. The arrest last month of Dr. Charles Lieber, 60, the chairman of Harvard’s chemistry department on federal charges of lying about receiving millions of dollars in Chinese funding through the program while the U.S. shelled out more than $15 million to fund his research group catapulted the issue into the spotlight.

In a letter to Harvard Univsersity dated Tuesday and posted on the Education Department website, officials cited the recent Justice Department case and asked the school to disclose records of gifts or contracts involving the governments of China, Qatar, Russia, Saudi Arabia and Iran. It also requested records regarding telecommunications giants Huawei Technologies and ZTE Corp. of China; the Kaspersky Lab and Skolkovo Foundation of Russia; and the Alavi Foundation of Iran, among others.

The Education Department said Yale University had failed to disclose at least $375 million in foreign funding after filing no reports from 2014-17, according to a document viewed by the Journal. The department, also in a letter Tuesday to the university, sought records regarding contributions from Saudi Arabia, China and its telecom giants, Peking University’s Yenching Academy, the National University of Singapore, Qatar and others. It also asked the university to detail foreign funding of Yale Law School’s Paul Tsai China Center and the new Yale Jackson School of Global Affairs. If the schools refuse to disclose the information, the Education Department can refer the matter to the Justice Department, which could pursue civil or criminal actions.

The push for funding disclosure is being driven by concerns about foreign efforts to exploit American academia.

Trump administration officials and a bipartisan group of allies in Congress fear China and other foreign rivals are seeking to use donations or collaborative research to gain access to scientific knowledge that would allow them to achieve national strategic goals and narrow their economic or military gaps with the U.S.

Some university officials have dismissed the U.S. government’s broader national security concerns regarding foreign involvement in universities as hyperbolic, or even discriminatory, and said there should be no restrictions on unclassified research meant to be published anyway.

They have also said international collaboration—particularly with China—is essential to advancing scientific discoveries that will benefit humankind.

A February 2019 investigation by the Senate Permanent Subcommittee on Investigations called foreign government funding of U.S. universities “a black hole” and said it found that nearly 70% failed to properly report funding from Chinese government-backed cultural and language programs known as Confucius Institutes.

“The fact that $6.5 billion in foreign gifts to U.S. institutions went unreported until now is shocking and unacceptable…We are pleased that the Department of Education is increasing enforcement efforts and taking a step towards ensuring academic freedom in America.”

Education Department officials in June 2019 launched a series of investigations into universities’ foreign funding. The Harvard and Yale investigations are the department’s seventh and eighth probes following others at schools including Georgetown University, Cornell University and the Massachusetts Institute of Technology (MIT).

Education Department officials said in the document viewed by the Journal that its investigations have prompted public and private universities across the country to come forward since July 2019 to collectively report more than $6.5 billion in previously undisclosed foreign funding.

A spokeswoman for MIT said the university’s reporting of foreign gifts and contracts has been based on “improved processes” since January 2019 and that it is committed to working constructively with federal officials.

Georgetown and Cornell didn’t respond to requests for comment. …

Published at wsj .com. Reprinted here for educational purposes only. May not be reproduced on other websites without permission from The Wall Street Journal.

1. How much money have U.S. universities failed to report having received from countries such as China and Saudi Arabia?

2. What groups are concerned about American universities’ reliance on foreign money, particularly from China?

3. How did the Department of Education describe higher-education institutions in the U.S. (in a document viewed by the Wall Street Journal)?

4. What information are universities required to disclose to the U.S. Department of Education regarding foreign money?

5. What accusation have officials made against universities’ solicitation of funds?

6. Who does not benefit from the hundreds of millions American universities are taking in from foreign governments?

7. a) What information did the Education Department request from Harvard University in a letter dated Tuesday (Feb. 11)?

b) What information did the Education Department request from Yale in a letter also dated Tuesday (Feb. 11)?

8. a) The government statute requiring universities to disclose all contracts and gifts from a foreign source totaling more than $250,000 is not new. What is the reason for the government investigation into funding disclosure now?
b) Knowing what you do about the communist government of China, (as well as the authoritarian governments of Saudi Arabia and others), what do you think of this concern?

9. Re-read some universities reactions in para. 13-14. What do you think of their response?

10. Students attending Harvard, Yale, etc. pay tuitions totaling well over $60,000 A YEAR. What do you think the universities do with the hundreds of millions of dollars they take in from foreign governments? (Where does it go? Who gets it?)
Opinion question. Answers vary.

11. The department says the unreported foreign funds discovered thus far are only a small portion of the donations from foreign countries that are pouring into U.S. campuses.

“We’re going to continue to raise the flag on this, and we think, just given what we’ve seen scratching the surface, there’s a lot there that has gone undetected,” said Education Secretary Betsy DeVos, according to a report at the Washington Examiner.

“We’re raising this issue and letting schools know that we’re going to be paying attention in ways that hasn’t happened before,” DeVos added, citing a national security issue.

Should American universities be wary of accepting money from foreign governments hostile to the U.S., such as China, Russia and Iran? Explain your answer.