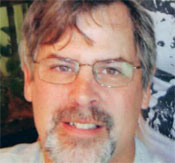 (by Mike Pflanz, Telegraph.co.uk) NAIROBI – American cargo ship captain, Richard Phillips, has attempted to escaped from Somali pirates holding him hostage in a lifeboat by jumping overboard under cover of darkness.

He made his break for freedom before dawn with an attempt to swim to a nearby US Navy destroyer but was immediately recaptured when at least one of the pirates jumped into the sea and chased him.

He is reportedly unharmed, according to an unnamed US official who spoke to CNN.

Mr. Phillips has been held hostage since late on Wednesday, when pirates failed in their attempt to hijack his ship, the US-flagged Maersk Alabama, 400 miles north-east of Mogadishu.

They bundled him into a lifeboat, cut loose from the 17,500-ton cargo ship and have been drifting since. The US Navy destroyer, the USS Bainbridge, arrived at the scene on Thursday morning, but failed to force an end to the stand-off.

Several other US warships were said to be heading towards the scene, but the pirates vowed on Friday that they would “fight back” if there were attacked.

“We are not afraid of the Americans,” one of the pirates told Reuters by satellite telephone on behalf of the gang holding the captain.

“We will defend ourselves if attacked.” A pirate commander onshore in the Somali pirate town of Eyl said that preparations were being made by other pirates to set sail to help their beleaguered friends.

“We are planning to reinforce our colleagues who told us that a navy ship was closing in on them and I hope the matter will soon be solved,” said Abdi Garad. “We are making final preparations and will try our best to save our friends.”

Mohamed Samaw, a resident of Eyl who claims to have a “share” in a British-owned ship hijacked on Monday, said that four foreign ships previously captured by pirates are heading toward the lifeboat. There are a total of 54 hostages on two of the ships.

“The pirates have summoned assistance – skiffs and mother ships are heading towards the area from the coast,” said a Nairobi-based diplomat. “We knew they were gathering yesterday.”

The pirates who boarded the Maersk Alabama on Wednesday before being repelled by its crew are believed to be armed only with automatic weapons.

They face 96 guided missiles, deck mounted machine guns and twin attack helicopters aboard the USS Bainbridge, and weaponry on other US Navy ships soon to arrive.

The pirates and Mr Phillips, 55, have now spent three days adrift in the ocean in a lifeboat, which has food for ten days but has reportedly run out of fuel.

The 17,500-ton Danish-owned container vessel had earlier left the area and was on its way towards the Kenyan port of Mombasa, where it was expected by Saturday evening.

The remaining 19 American crew members on-board were being protected by 18 armed US sailors, reports said.

More details emerged from Captain Joseph Murphy, whose son is second in command of the cargo ship, about the five-hour fight on Wednesday when the pirates tried to hijack the Maersk Alabama.

When the pirates approached under darkness in four skiffs, the captain of the 511-ft cargo ship powered up to full speed and began a series of wide zigzag turns designed to rough up the sea and deter the pirates.

But they fought back with “substantial gunfire”, Mr Murphy said, before managing to board with grappling hooks. As they were doing so, the American crew disabled the ship, so that it could not be sailed into Somali waters.

In the confusion as the pirates boarded, one of them was captured by the Americans. At the same time, Mr Phillips offered himself as a hostage to the remaining pirates.

A deal to swap prisoners went wrong, and Mr Phillips was bundled into the lifeboat and taken off his ship.

The FBI has called in specialised hostage negotiators to try to talk their way to Mr Phillips’ freedom.

2. What had the American crew members of the cargo ship done to prevent the pirates from taking the ship into Somali waters?

3. When and how did Captain Phillips attempt to escape his captors? What was the outcome?

4. How are the pirates who took Captain Phillips hostage responding to the arrival of a U.S. Navy destroyer?

5. What are other Somali pirates doing in response to the intervention of U.S. Navy Warships?

6. Why didn’t the pirates take Captain Phillips to the Somali town where they have their headquarters right after they took him hostage?

8. President Obama takes a very different approach to foreign policy than President Bush did. How has this affected the pirates’ activities?

9. Somali pirates are becoming bolder each time they hijack a ship.  What is the best way to deal with them now that they have directly attacked an American ship?

For a map of some of recent hijackings in the Gulf of Aden and around Somalia, go to wsj.com.

View photos of some Somali pirates at wsj.com.

For a map of Africa, including the Gulf of Aden and the Suez Canal, go to worldatlas.com.  (NOTE: The Gulf of Adan is between the Arabian Sea and the Indian Ocean.)

For background information on Somalia, go to the CIA World FactBook at cia.gov/cia/publications/factbook/index.html.