(The news items below are from World Watch posted at wsj.com – from wire dispatches and WSJ staff reports)

HAITI – Jean Vows to Challenge Ban on His Candidacy

Hip-hop singer Wyclef Jean vowed Sunday to appeal the Haitian government’s decision to bar his candidacy for president, potentially opening an electoral dispute even before the island nation’s Nov. 28 vote.

“After careful consideration and much soul-searching, I have made the decision to contest Haiti’s board of election’s pronouncement stating that I am ineligible to run for the presidency of the country,” Mr. Jean said. “I will be seeking a solution through legal channels, and I urge my countrymen to be patient through this process.”

Mr. Jean told the Associated Press Sunday that he qualified to run and that the government’s decision to bar him from the race was based on politics.

Late Friday, the Haitian government commission in charge of the election released a list of eligible candidates that didn’t include Mr. Jean. Under Haitian law, Mr. Jean needed to prove he had five consecutive years of residency before election day.

Mr. Jean was born in Haiti, but moved to the U.S. when he was a child and was raised there. He rose to fame in the 1990s as a vocalist with hip-hop act The Fugees, and has been active in Haitian social causes since.  -Nicholas Casey

Police prevented about 100 opposition activists from marching through Moscow on Sunday with a giant Russian flag and detained three of their leaders, including prominent politician Boris Nemtsov.

The activists were celebrating Flag Day, honoring the tricolor flag Russia adopted when the Soviet Union collapsed in 1991. Mr. Nemtsov said the decision to stop a march honoring the Russian flag showed the mentality of Prime Minister Vladimir Putin’s government.

Moscow police said Mr. Nemtsov, who served two stints as deputy prime minister in the 1990s, and Mikhail Shneider were detained for trying to lead an unsanctioned march. They had permission to hold a rally but not to march through central Moscow. Lev Ponomaryov, another opposition leader, was detained later, police said.

“You get the impression that Nemtsov and Shneider intentionally provoked the police,” police spokesman Viktor Biryukov said.  -Associated Press

The man suspected of organizing suicide bombings that killed 40 people on the Moscow subway in March was killed in a shootout with Russian security forces on Saturday, officials said.

Madomedali Vagabov was killed along with four others during a gunfight with special forces in the province of Dagestan, local police spokesman Vyacheslav Gadzhiyev told the Associated Press. He said the suspects died when the house they were holed up in caught fire. 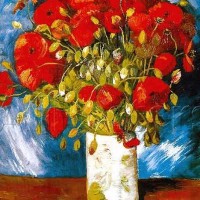 None of the alarms and only seven out of 43 surveillance cameras were working at a Cairo museum where a Vincent van Gogh painting was stolen, Egypt’s top prosecutor said Sunday.

Thieves took the canvas, known by the titles of “Poppy Flowers” and “Vase with Flowers,” on Saturday from the Mahmoud Khalil Museum in the Egyptian capital. Egypt’s minister of culture, Farouk Hosni, said the painting is valued at roughly $50 million.

Prosecutor-general Abdel-Meguid Mahmoud told Egypt’s state news agency that the thieves used a box cutter to remove the painting from its frame. He called the museum’s security measures “for the most part feeble and superficial.”  -Associated Press

They “discussed recent foreign-exchange market movement as well as economic conditions at home and abroad. [Messrs. Shirakawa and Kan] agreed to stay in close communication as needed,” a BOJ spokesperson said.

The teleconference followed the dollar’s recent drop to a 15-year low, which stoked concern that a strong yen may take more steam out of the nation’s export-led growth.  -Megumi Fujikawa

NOTE: The news blurbs above are from World Watch published at wsj.com on Monday, August 23, 2010.

1. For each of the 4 countries, give the following information:
a) the continent on which it is located
b) the name of the capital city
c) the type of government
d) the chief of state (and head of government if different)
e) the population

2. For Haiti:
a) list the who, what, where and when of the news item
b) Wyclef Jean has been active in his support of his native country and created the foundation Yéle Haiti to provide humanitarian aid and assistance to Haiti. Yéle Haiti provided scholarships to 3,600 children in Gonaïves, Haiti, after the devastation by Hurricane Jeanne. The organization also came under “fiscal scrutiny” for some questionable payments made to Wyclef and his businesses. In January 2007, Jean became a roving ambassador for Haiti, to help improve its image abroad.
Regarding Wyclef Jean’s attempt to run for president of Haiti, musician Win Butler (whose wife is a Haitian refugee) stated in a radio interview:
“Technically, [Wyclef Jean] shouldn’t be eligible because he hasn’t been a resident of Haiti. And I think him not speaking French and not being fluent in Creole would be a really major issue in trying to run a really complex government, like the government in Haiti. It would kind of be like Arnold Schwarzenegger only speaking Austrian and being elected president of the United States after New York City and L.A. had burned to the ground… I think he is a great musician and he really passionately cares about Haiti. I really hope he throws his support behind someone who is really competent and really eligible.”
What do you think about Win Butler’s assertion? Explain your answer.

3. For Russia (Flag Day):
a) list the who, what, where and when of the news item
b) Define “opposition” as used in paragraph one.  Be specific.
c) Why were opposition activists marching through Moscow on Sunday?

4. For Russia (Bombing Suspect):
a) list the who, what, where and when of the news item
b) Russia’s predominantly Muslim North Caucasus republics Chechnya, Dagestan and Ingushetia have seen an upsurge of violence recently, with frequent attacks by militants on police and political buildings. Russia has been fighting the insurgency for many years following two bloody conflicts in Chechnya in the 1990s. The Dagestan terrorists aim to create an Islamic state based on Shariah law stretching across the North Caucasus. Do you think the fate of M. Vagabov and the other four suspects would have been different if they had been in the U.S.? Explain your answer.

5. For Egypt:
a) list the who, what, where and when of the news item
b) Do an internet search to learn how the painting was recovered.

6. For Japan:
a) list the who, what, where and when of the news item
b) How many yen = 1 U.S. dollar? (do an internet search for a currency converter)

Go to wikipedia.org for a map and information on Russia’s North Caucasus region.