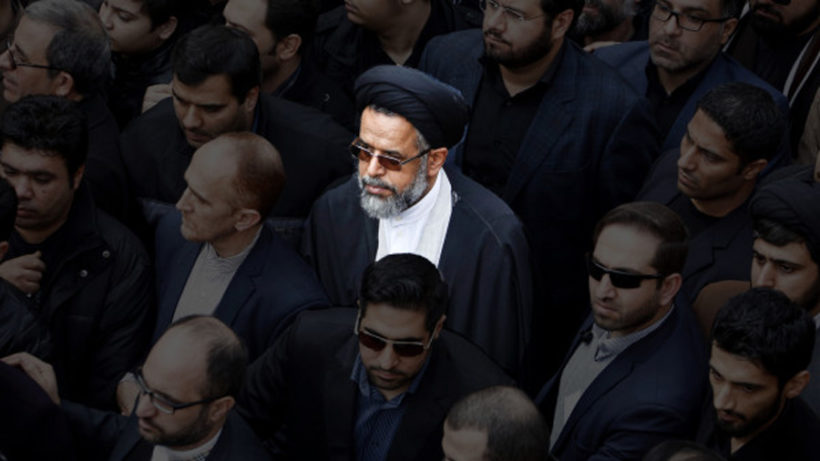 (by Darryl Coote, UPI) — Two men have pleaded guilty to charges of spying on members of an Iranian dissident group and Israeli-Jewish groups in the United States on behalf of the Iranian government, the Justice Department said Wednesday (Nov. 6).

The charges stem from Doostdar, 39, using Ghorbani, 60, to surveil and collect information about U.S. citizens and nationals who are members of Mujahedin-e Khalq (MEK), a group created by Persians (Iranians) exiled from Iran for opposing the 1979 Islamic Revolution, according to the complaint.

“The defendants both have admitted to conducting surveillance and collecting identifying information for the government of Iran about Americans, and in particular, individuals who were exercising their First Amendment rights to oppose the Iranian government,” said Assistant Attorney General for National Security John C. Demers. “The Department of Justice is committed to holding accountable governments like Iran that would threaten and intimidate Americans who criticize them.”

According to Doostdar’s criminal complaint, he began planning the operation as early as March 2017 while in Iran.

In July of that year, he made his first of three trips to the United States during the operation, and he flew to Chicago, where he visited several Jewish centers which he photographed. He then traveled to Costa Mesa, Calif., where he met Ghorbani for the first time.

They had several meetings that month, during which Doostdar employed “intelligence tradecraft and ran surveillance detection routes before, during and after” these meetings to avoid detection, the complaint said.

In his affidavit, Doostdar admitted that Ghorbani had told him he was willing to work for Iran against the United States.

In September, Ghorbani attended a MEK rally in New York City, where he photographed attendees, including members of the dissident group.

Doostdar then made his second trip to the United States that December when he allegedly paid Ghorbani $2,000 for 28 photographs apparently “surreptitiously” taken of people at the rally accompanied by hand-written notes of their names and positions.

Ghorbani then attended another MEK rally, in May 2018, in Washington, D.C., and again took photographs and collected information on Iranian dissidents before speaking with Doostdar over the phone over methods to send the information to Iran, the complaint said.

The two were arrested on Aug. 9, prosecutors said without elaborating.

“The Iranian government thought it could get away with conducting surveillance on individuals in the United States by sending one of its agents here to ask a permanent resident with conducting and collecting that surveillance,” said U.S. District of Columbia Attorney Jessie K. Liu. “This case highlights our efforts to pursue those who threaten national security and disrupt foreign governments that target U.S. persons.”

Doostdar is to be sentenced Dec. 17 and Ghorbani is scheduled for Jan. 15.

Published by UPI on November 7, 2019. Reprinted here for educational purposes only. May not be reproduced on other websites without permission from United Press International.

NOTE: Before answering the following questions, read the info under “Background.”

2. For IRAN:
a) list the who, what, where and when of the news item
b) Who are the two men?
c) To what charges did Mohammadi-Doostdar plead guilty?
d) What did Mohammadi-Doostdar and Ghorbani admit to doing?
e) How did the two spies obtain the information on American (Iranian-Americans?) citizens who oppose the authoritarian rulers of Iran?
f) The men traveled freely between the U.S. and Iran, a country with which we have had no diplomatic relations since 1980 following the Islamic Revolution and the hostage crisis. The U.S. government granted one man the privilege of being a dual citizen, and the other the privilege of residing in the U.S. as an Iranian citizen. Do you think the U.S. should require stricter vetting (or as a reader suggests – banning) people from countries run by authoritarian rulers who want to live in, or become citizens of, the U.S.? Explain your answer.

Iranian dissidents: Wikipedia states: Iranian dissidents are composed of scattered groups [in the country and around the world] that reject the current Iranian government and instead seek the establishment of democratic institutions.

In January 2019, the Dutch government accused Iran of hiring criminal gangs to murder two Iranian dissidents in the Netherlands, as the EU imposed sanctions on Tehran for a widespread campaign of assassination plots across Europe.

Iranian authorities arrested more than 7,000 dissidents last year in a sweeping crackdown that led to hundreds being jailed or flogged, at least 26 protesters being killed, and nine people dying in custody amid suspicious circumstances, according to Amnesty International.

Those rounded up during violent dispersals of peaceful protests in what Amnesty called “a year of shame for Iran” included journalists, lawyers, minority rights activists and women who protested against being forced to wear headscarves.

There are many Iranian dissidents around the world – and in Iran – hoping and working for a democratic government in Iran. Why do you think the U.S. media ignores the existence of these people seeking freedom when reporting on the Iranian regime?
(See a 2018 editorial, “Heroic Women Fighting for Freedom” and a Nov. 2018 Daily News Article, “U.S. reimposes sanctions lifted under Obama’s Iran nuke deal“

Read the U.S. Department of Justice press release “Two Individuals Plead Guilty for Working on Behalf of Iran” at justice.gov.

Read the Criminal Complaint filed by the Justice Department against Mohammadi-Doostdar.