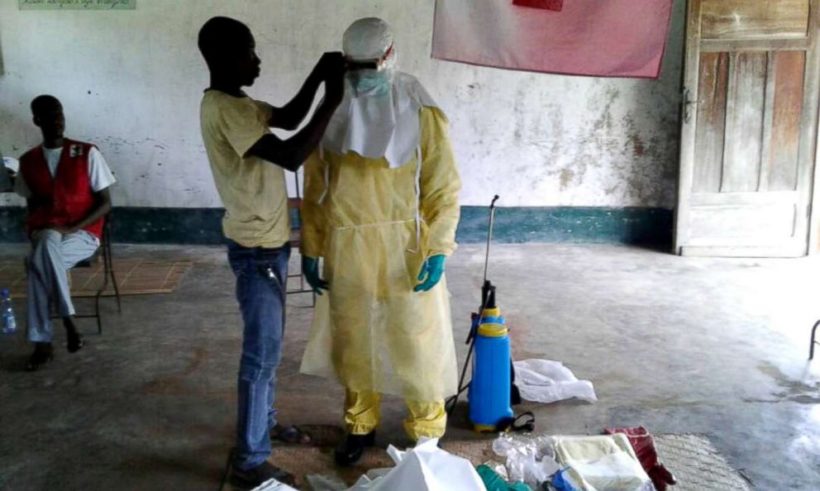 A handout photo from the International Federation of Red Cross and Red Crescent (IFRC) shows health workers in protective clothing in Bikoro, the epicenter of the latest Ebola outbreak, in The Democratic Republic Of The Congo on May 17, 2018.

(Compiled from Reuters and BBC News) – An Ebola vaccination campaign has begun in the city of Butembo, in eastern Democratic Republic of Congo, the World Health Organization (WHO) said in a tweet on Monday.

Health workers at the health center in Butembo where the first Ebola patient was treated were the first to be vaccinated, the WHO said.

Congo has confirmed four cases of Ebola since a resurgence of the virus was announced on Feb. 7 in Butembo, the epicentre of a previous outbreak that was declared over last June. That outbreak had claimed the lives of 2,287 people since August 2018.

On Friday, 1,200 doses of Ebola vaccine and cold chain equipment arrived in the city, according to the WHO.

The Ebola virus causes severe vomiting and diarrhea and is spread through contact with body fluids. The new vaccines have greatly improved survival rates in recent years.

About 8,000 doses of the Ervebo vaccine, which were kept after the outbreak, are being used in the latest inoculation campaign.

Ervebo was the first Ebola vaccine to be approved by the US Food and Drug Administration (FDA) in December 2019.

“The WHO [World Health Organization] is on full alert and is in contact with the manufacturer [of a vaccine] to ensure the necessary doses are made available as quickly as possible to help fight back,” the AFP news agency quoted Alfred George Ki-Zerbo, the WHO representative in Guinea, as saying.

Between December 2013 and January 2016 more than 11,000 people died in the West Africa Ebola epidemic, which began in Guinea.

Liberia’s President George Weah has put the health authorities on heightened alert to prevent the spread of the virus.

The BBC’s Umaru Fofana in Sierra Leone says there is far more fear of Ebola in the country than Covid-19.

He says the existence of new vaccines does provide some sense of relief – there is a global emergency stockpile of 500,000, made available through Gavi, the international vaccine alliance.

The three countries have a joint population of 22.5 million, prompting concerns that manufacturers would have little time to produce more if needed at a time when Covid vaccines are their preoccupation, our reporter says.

(Compiled from Feb. 15 reports by Fiston Mahamba and Nellie Peyton at Reuters and from BBC News)

NOTE: Before answering the following questions, watch the video under “Resources” below and check out the links under the video.

2. When/where was the largest outbreak of Ebola virus? How many people died as a result?

3. When did the US FDA approve the first Ebola virus vaccine?

4. Ebola is a deadly virus. What hope has Ervebo and other vaccines given especially to those countries most affected?

5. In addition to the Democratic Republic of Congo, which country has declared a new outbreak? Which two additional countries have been put on high alert?

6. Ask a parent what he/she remembers about the 2014 Ebola outbreak. 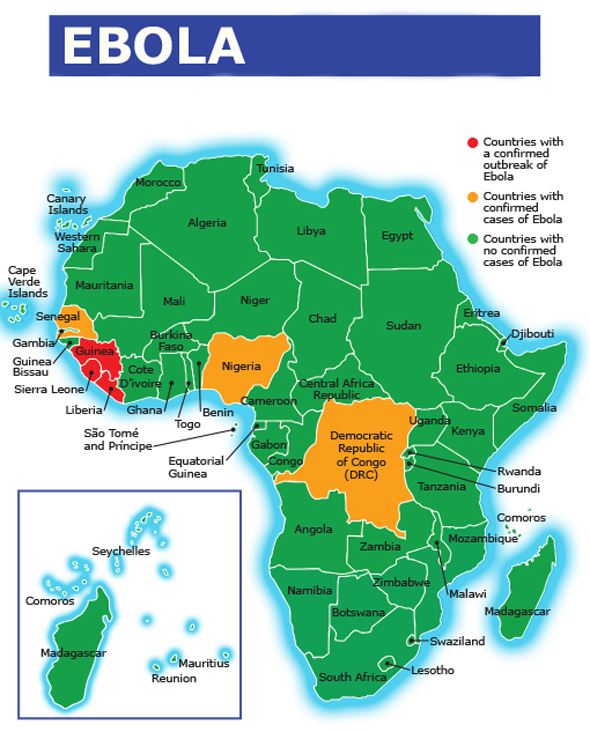 Watch a Feb 15 report from India’s WION on the outbreak in DR Congo:

Watch a Feb 15 report from France24 on the recent outbreak in Guinea, Liberia and Sierra Leone:

Read about the FDA approved Ervebo vaccine – and about new encouraging Ebola treatments (therapeutics and care) approved in 2020.

Read about Ebola at the U.S. Centers for Disease Control and Prevention, CDC.gov.

The worst of the largest outbreak of Ebola was in 2014. See previous Daily News articles: