1. Define the idiom “make light of” 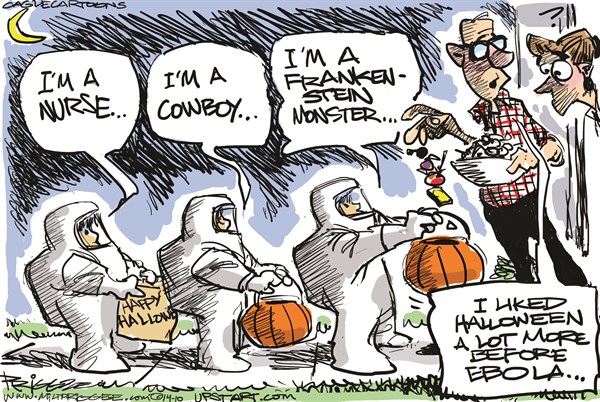 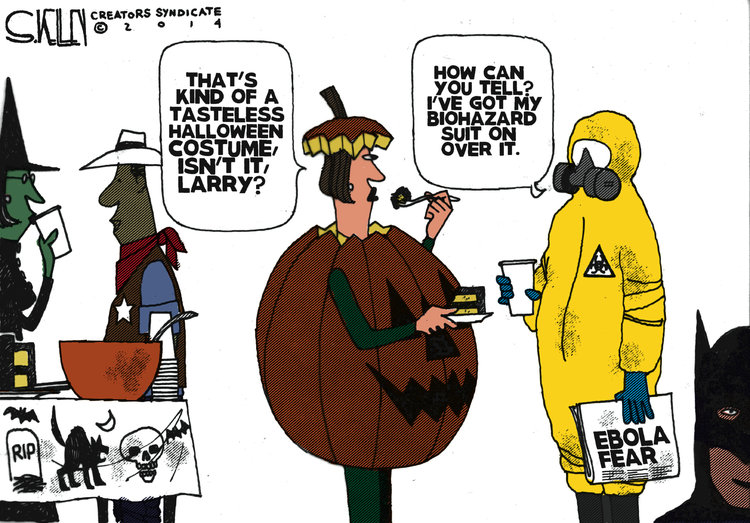 1. to make light of: to act as if something is not serious or important (from thefreedictionary .com)

2. a) exaggeration: The cartoonists are exaggerating the fear some Americans had over the Ebola virus after two nurses treating the Ebola patient in Dallas (who wore the protective gear recommended by the CDC) also contracted the disease.

3. The cartoonist did not use:

b) pun, which is a “play on words” – a type of humor using a word or phrase that has two meanings

c) parody, which is a humorous or satirical imitation of a serious piece of literature or writing; a work in which the style of an author or work is closely imitated for comic effect or in ridicule

d) understatement, which is a figure of speech in which statements are purposely understated. It may be used to indicate the speaker’s nonchalance (or obliviousness) regarding an often important or otherwise remarkable situation. It often results in irony where, for instance, the speaker’s response to an event does not match how the viewer expects the speaker to react.