China has deployed its most advanced hypersonic missile to its southeast borders near Taiwan to 'prepare for a possible invasion' of the island, a report has revealed. FILE: Military vehicles carrying the DF-17 hypersonic missiles roll past the Tiananmen Square on October 1, 2019

(by Mark Moore, New York Post) – China is ramping up its military presence along the mainland’s eastern coast as it prepares for a possible invasion of Taiwan, according to a report.

“The DF-17 hypersonic missile will gradually replace the old DF-11s and DF-15s that were deployed in the southeast region for decades,” the [communist government-friendly] South China Morning Post reported on Sunday, citing a Beijing-based military source. “The new missile has a longer range and is able to hit targets more accurately.”

The DF-17, with a maximum range of 1,550 miles, was rolled out at last year’s Oct. 1 Chinese National Day parade marking the 70th anniversary of the founding of the communist People’s Republic of China [PRC].

The report said satellite images show that the Chinese Marine Corps and Rocket Force bases in Fujian and Guangdong provinces just west of the waterway separating China and Taiwan have expanded in recent years.

“Every rocket force brigade in Fujian and Guangdong is now fully equipped,” Andrei Chang, editor-in-chief of the Canada-based Kanwa Defence Review, told the newspaper. “The size of some of the missile bases in the Eastern and Southern theatre commands have even doubled in recent years, showing the PLA is stepping up preparations for a war targeting Taiwan.” 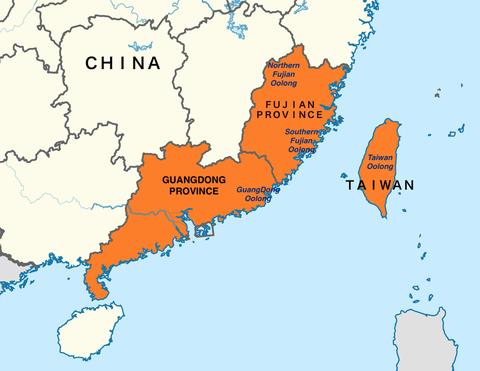 “I think Taiwan needs to start looking at some asymmetric and anti-access area denial strategies and so on and really fortify itself in a manner that would deter the Chinese from any sort of amphibious invasion or even a gray zone operation against them,” Robert O’Brien said last week, the Voice of America reported.

[O’Brien also said he didn’t think the Chinese “want or likely are prepared for an amphibious landing” on Taiwan.

He did say China was capable of annihilating Taiwan with a massive missile attack, but that he didn’t know what they would gain from it.

He also said a gray zone operation would rile most of the Asia-Pacific region and isolate China internationally.]

Beijing, which considers Taiwan a rogue province and has vowed to take it back even by force, has seen relations with the island nation deteriorate as its relationship with the US improves under President Trump.

In August, Health and Human Services Secretary Alex Azar became the highest ranking US official to visit in decades when he went to discuss the response to the coronavirus.

Chinese President Xi Jinping on a tour of military bases earlier this month told troops to focus their “minds and energy on preparing for war.”

Xi inspected a Marine Corps base in Guangdong province and told the forces to “maintain a state of high alert” and urged them to be “absolutely loyal, absolutely pure, and absolutely reliable.” …

Meanwhile, Japan and Vietnam reached an agreement on Monday to increase their cooperation in defense and security matters in the region to counter China’s expanding military presence, the Associated Press reported. …

The agreement allows Japan to export defense equipment and technology to Vietnam.

“Vietnam is crucial to achieving our vision of ‘the Free and Open Indo-Pacific,’ and our valuable partner,’” Japanese Prime Minister Yoshihide Suga told reporters after his meeting with Vietnamese Prime Minister Nguyen Xuan Phuc. “Japan, as an Indo-Pacific nation, will continue to contribute to the peace and stability in this region.”

Published by NYPost .com on Oct. 19, 2020. Reprinted here on Oct. 20 for educational purposes only. May not be reproduced on other websites without permission from the New York Post. 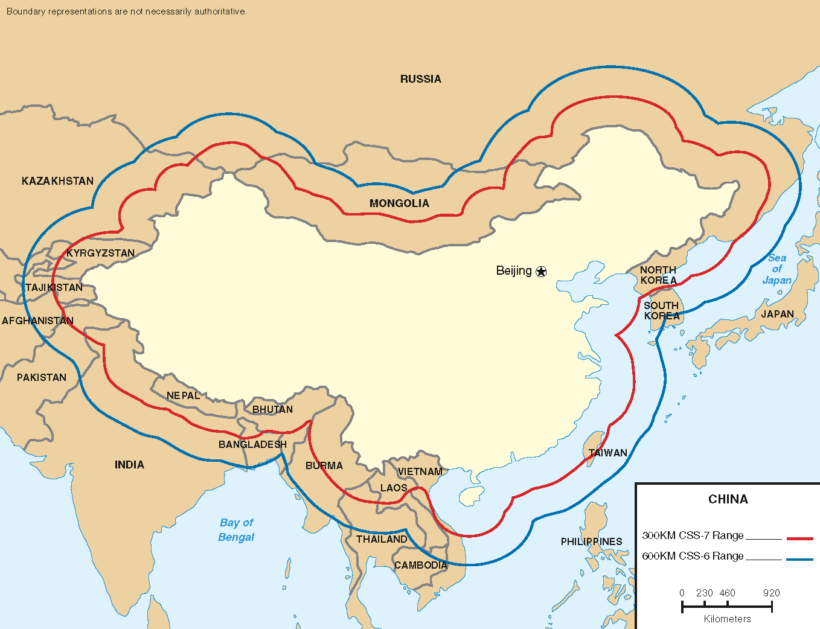 3. What is significant about the hypersonic missiles the PLA is installing on military bases in Fujian and Guangdong?

4. What evidence does Andrei Chang of Kanwa Defense Review offer for the belief that the PLA is preparing to attack Taiwan at some point?

5. What did China’s communist President for Life Xi JinPing tell PLA troops when he toured a base in Guangdong?

“In response to Chinese saber-rattling, U.S. warship Barry transited the Taiwan Strait on Oct. 14. The transit came nearly a week after China warned another U.S. ship, the USS John S. McCain, near the disputed Parcel Islands in the South China Sea.

Zhang Chunhui, a spokesman for China’s eastern theater military command, said in a statement that China monitored the USS Barry’s movements earlier this week, according to Reuters.

Beijing, for its part, has been ramping up air force activity near Taiwan. It also has ramped up the rhetoric, accusing the U.S. of “collusion” in trying to push the island nation to declare formal independence, Reuters reported.

The U.S. is trying to bolster Taiwan’s defensive posture by selling it military equipment, including sophisticated drones and a coastal defense missile system.

The U.S. and countries in the region are not sitting idly by while China issues threats and intimidation.

Which presidential candidate (Biden or Trump) do you think will do a better job dealing with China’s aggressive actions in the South China Sea? and dealing with China trade? Ask a parent the same question and discuss your answers.