World #3 – Another university professor charged with hiding ties to China 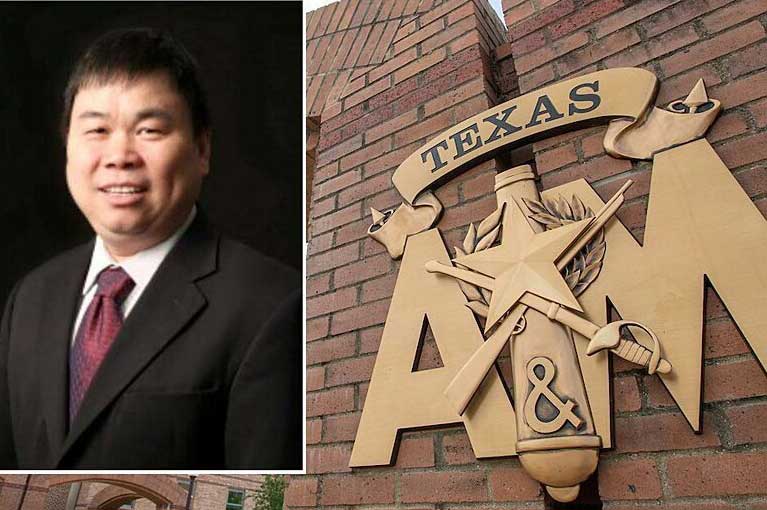 (by Darryl Coote, UPI) – The Justice Department has charged a Texas A&M University professor and NASA researcher with lying about his affiliations with Chinese universities, institutions and a government program that recruits foreign nationals with knowledge of U.S. technology and intellectual property.

Zhengdong Cheng, 53, of College Station, Texas, was charged with conspiracy, making false statements and wire fraud in a criminal complaint unsealed Monday, the Justice Department said in a release. Cheng is a professor in the College of Engineering at Texas A&M and a NASA researcher working on U.S. space projects. …

According to the complaint, Cheng is accused of participating in a scheme with individuals known and unknown to defraud NASA and gain access to unique resources, including those of the International Space Station, to further research at Chinese institutions and enhance his standing in a Chinese government program that incentivizes foreign Chinese nationals to steal international technology and intellectual property for Beijing.

Cheng, arrested on August 23, is the latest person to be charged as part of the Justice Department’s so-called China Initiative crackdown on those engaged in trade secret theft, hacking and economic espionage for the Chinese Communist Party in Beijing. It also targets those who pose threats to U.S. infrastructure through foreign investment and supply-chain compromises.

Dozens, many professors, have been charged under this initiative since its first arrest in April 2018.

“China is building an economy and academic institutions with bricks stolen from others all around the world,” U.S. Attorney Ryan K. Patrick for the Southern District of Texas said in a statement. “While 1.4 million foreign researchers and academics are here in the U.S. for the right reasons, the Chinese Talents Program exploits our open and free universities. These conflicts must be disclosed, and we will hold those accountable when such conflict violates the law.”

Cheng was hired by Texas A&M in May 2004 and was part of a research team that received government grants, including a nearly $750,000 grant to conduct research for NASA, the complaint said.

During the application process for this grant, Cheng hid his many paid affiliations with Chinese universities and institutions from NASA and his university. He also failed to disclose that he had taken part in China’s River Talent Plan and was an applicant for its Thousand Talents Plan.

“Through these plans, the Chinese government has created a significant financial incentive for foreign, talented individuals to transfer international technology and intellectual property to China, licitly or otherwise,” the complaint said.

China uses the information these assets give it for scientific development, economic prosperity and national security, prosecutors said.

If NASA knew of Cheng’s Chinese affiliations, the complaint states, the grant would not have been awarded. …

“As alleged, Zhengdong Cheng knowingly deceived NASA officials about his association with Chinese owned companies and universities, willingly accepted U.S. government funding, and defrauded his university. The FBI is committed to aggressively pursuing those individuals who try and undercut our U.S. research institutions and government agencies by concealing their participation in Chinese talent recruitment programs and to hold them accountable for their actions.”

The Justice Department said about 80% of all economic espionage prosecutions in the United States accuse the suspect of working for China.

Cheng’s arrest came less than a week after the Justice Department announced that former CIA officer Alexander Yuk Ching Ma, 67, had been charged under the China Initiative for communicating classified information to intelligence officials in Beijing. (In a case similar to Zhengdong Cheng’s, three months ago, University of Arkansas Professor Simon Saw-Teong Ang was also arrested.)

]Also arrested was Charles Lieber, the former chairman of Harvard University’s Chemistry and Chemical Biology Department who was arrested in January and indicted in June for allegedly making false statements about secret work in Wuhan. The Justice Department alleges that Lieber became a contractual participant in China’s Thousand Talents Plan for at least three years].

Published at UPI .com on August 25. Reprinted here for educational purposes only. May not be reproduced on other websites without permission from United Press International.

2. What charges were brought against Zhengdong Cheng?

4. What is China’s Thousand Talents Program? Be specific.

5. a) What is the Trump administration’s China Initiative?
b) What do you think of this initiative?

6. a) Do you think China gives American professors access to their research, etc. in Chinese Universities? Explain your answer.
b) U.S. Attorney Ryan K. Patrick noted that “1.4 million foreign researchers and academics are here in the U.S. for the right reasons.” What do you think about non-citizen researchers being given access to classified information, research etc.?
Too much risk of intellectual property theft, etc. or a good way to get more talented researchers into U.S. programs? Explain your answer.

Excerpted from an August 26 report in TheTexan by Daniel Friend