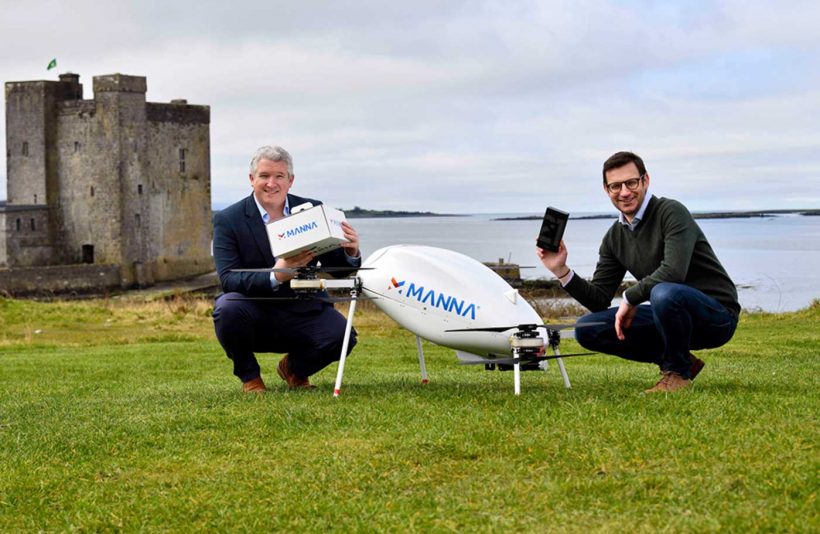 (by Park Eel-kyung & Kim Tae-gyu, UPI News Korea) — Samsung Electronics has launched drone delivery service of smartphones and other digital gadgets within minutes of an order in Ireland.

The company said Wednesday it launched the new service this week in Oranmore, some 125 miles west of Dublin, through a partnership with Ireland’s Manna Drone Delivery.

When customers make an online order via Samsung’s Irish website, a drone will fly at a speed of 35 mph to reach homes in Oranmore within three minutes, according to Samsung.

Available through the service are such products as the Galaxy S21 Ultra, the Galaxy Buds Pro, the Galaxy Tab S7, the Galaxy Watch 3 and Galaxy A series phones.

Samsung aims to expand the service across Ireland for now.

Manna Chief Technology Officer Alan Hicks said in a statement that the partnership with Samsung marks the first of its kind in the world.In the United States, UPS gained approval from the Federal Aviation Administration in 2019 to use drones for delivery, starting with ferrying medical supplies within hospital campuses. 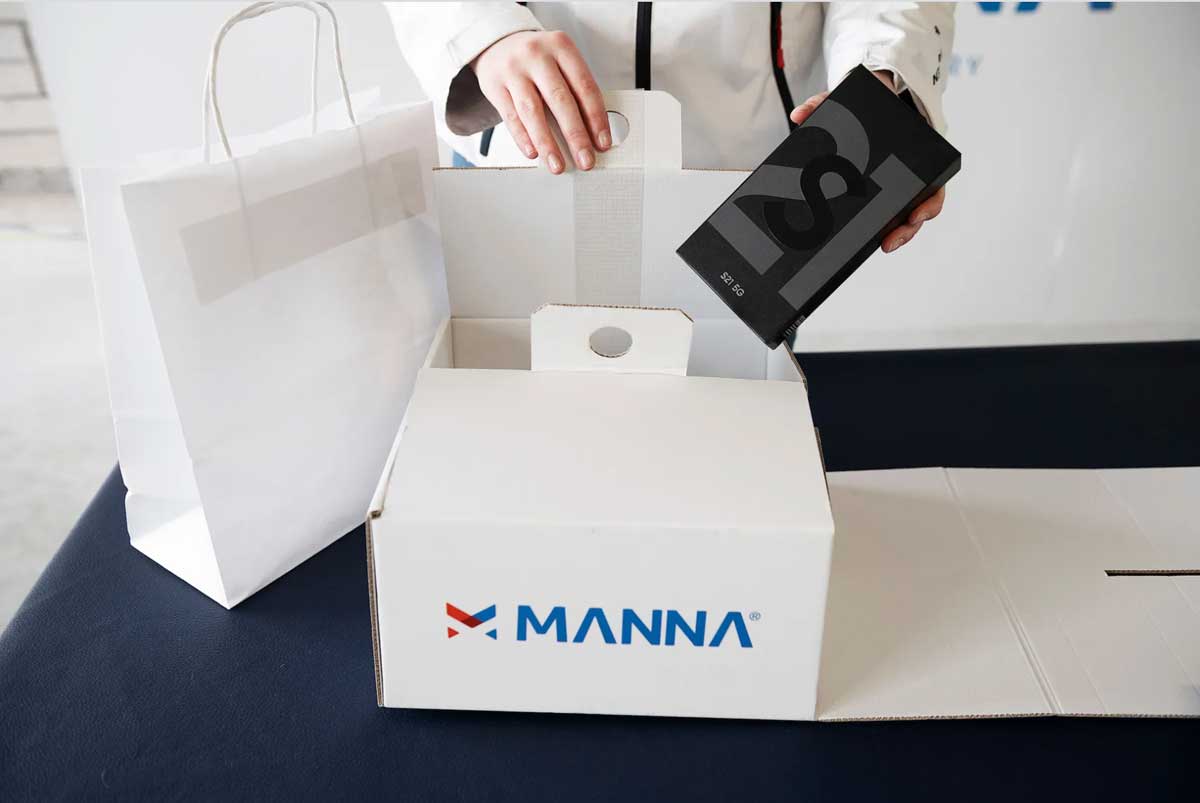 A Samsung phone getting packaged for shipping with a Manna drone. Image: Samsung

Amazon gained regulatory approval in 2016 in the United Kingdom to use autonomous drones for delivery services and was approved by the FAA last year. Walmart is also testing the technology. [The company has been doing so since 2015].

“Given technical limitations and institutional and social constraints, a complete shift to drone logistics delivery is not yet possible. For example, we have to worry about hacking, privacy issues and possible terrorist threats,” Jung Hoon of the Electronics and Telecommunications Research Institute told UPI News Korea.

“But the drone delivery service will be expanded in the future. In particular, the COVID-19 pandemic accelerates the trend because virus-wary customers prefer having items delivered at their doorsteps,” he said.

Published at UPI .com on March 26. Reprinted here for educational purposes only. May not be reproduced on other websites without permission.

3. What will Samsung’s next step for drone delivery be?

4. a) What is the significance of Samsung’s partnership with Manna Drone Delivery?
b) What other companies are working toward drone delivery?

5. For what reasons is widespread drone delivery not yet a reality, according to Jung Hoon of the Electronics and Telecommunications Research Institute?

7. a) Do you think there could be a point where there would be too many delivery drones in operation across the U.S.? (medical deliveries; food deliveries (Walmart, other grocery stores, restaurants, Amazon deliveries…) Explain your answer.
b) What is at least one unintended consequence to widespread drone delivery?