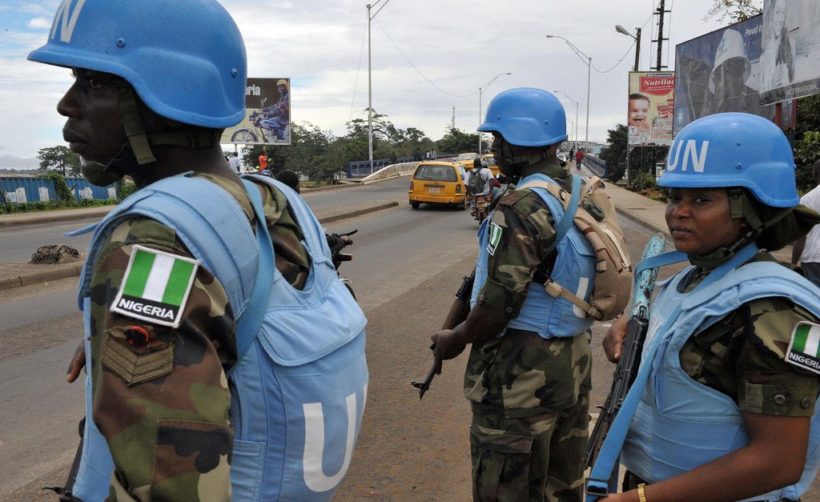 (by Danielle Haynes, UPI) — U.N. Secretary-General António Guterres congratulated the government of Liberia for turning “the page on crisis and conflict” as the United Nations ended its mission in the west African nation Friday.

“The secretary-general congratulates the people and government of Liberia for their determination to turn the page on crisis and conflict,” a statement on behalf of Guterres said. “He commends the government’s continued efforts to ensure sustained peace and sustainable development in Liberia.”

U.N. peacekeeping troops entered the country in October 2003 at the end of the second Liberian civil war between a rebel group in the north, one in the south and the government of former President Charles Taylor.

“The secretary-general expresses his profound respect to the memory of the 202 peacekeepers who lost their lives in the service of peace during the nearly 15 years the mission was deployed in Liberia. He expresses his gratitude to all troop- and police-contributing countries,” the U.N. statement said.

Guterres said U.N. officials would remain in Liberia in order to support the government in reforms and establishing peace. Earlier this week, the United States announced it would end special temporary protected immigration status for Liberians who have lived in the country under this temporary status for decades.

The United States gave approximately 4,000 Liberians Temporary Protected Status in 1991 when the country was engulfed by its first civil war. Many have been living in the United States ever since. After the civil war there ended, the U.S. State Department deemed the security situation in Liberia to be too risky and gave the TPS recipients Deferred Enforced Departure status.

President Donald Trump’s decision ends DED status for Liberians and recipients were given until Saturday to obtain another form of legal immigration status, return to their country or face deportation.

This article was published at UPI (United Press International) on March 30.

1. For LIBERIA, give the following information:

2. For LIBERIA:
a) list the who, what, where and when of the news item
b) How long were U.N. peacekeepers in Liberia?
c) For what reason were the peacekeepers there for so long? Be specific.
d) Why will U.N. officials remain in Liberia after the troops pull out?
e) The U.S. grants people from various countries “Temporary Protected Status.” Read about TPS under “Background” below. What do you think of the effectiveness of this policy?

NOTE: In 1990, as part of the Immigration Act of 1990 signed into law by President George H.W. Bush, Congress established a procedure by which the Attorney General may provide temporary protected status to immigrants in the United States who are temporarily unable to safely return to their home country because of ongoing armed conflict, an environmental disaster, or other extraordinary and temporary conditions. (from wikipedia)

The Secretary of Homeland Security may designate a foreign country for TPS due to conditions in the country that temporarily prevent the country’s nationals from returning safely, or in certain circumstances, where the country is unable to handle the return of its nationals adequately.  …

The Secretary may designate a country for TPS due to the following temporary conditions in the country:

TPS is a temporary benefit that does not lead to lawful permanent resident status or give any other immigration status. However, registration for TPS does not prevent you from:

… Read more about TPS at the DHS webpage.