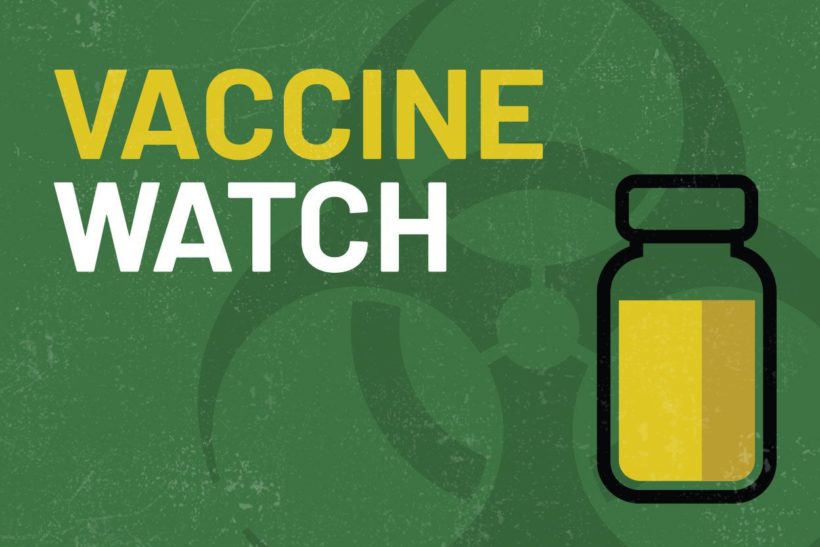 (by Zachary Keyser, Jerusalem Post) — A vaccine, funded by the Bill and Melinda Gates Foundation, designed to treat the disease caused by the coronavirus (COVID-19), has entered into the human stages of testing after the US Food and Drug Administration (FDA) approved its application to begin trials under the classification of an Investigational New Drug program following promising results achieved during animal testing.

Inovio Pharmaceuticals, the developers behind the INO-4800 DNA vaccine, began injecting volunteers with their first dose on Monday; the second dose will be administered four weeks later. Inovio is expecting the initial data from the trial results by late summer.

The methodology for the trial period will include 40 healthy adult volunteers, selected through screening processes carried out at Philadelphia’s Perelman School of Medicine at the University of Pennsylvania and the Center for Pharmaceutical Research in Kansas City. Each volunteer will receive two doses of INO-4800.

The first trial phase is intended to determine the safety and immunogenicity (ability to cause an immune response) of the vaccine. The second will be the clinical trials, which will test the effectiveness of the vaccine in treating COVID-19.

Inovio has been well ahead of other pharmaceutical companies with regards to getting a working coronavirus vaccine into worldwide circulation. A spokesperson for the company told reporters that the firm developed a vaccine construct for its coronavirus vaccine within three hours of the public release of the viral sequence of SARS-CoV-2 on January 10, adding that they have already manufactured the vaccine and begun pre-clinical trial.

The company has manufactured “thousands of doses” of its new vaccine in a few weeks time to support the trial periods – thanks to the support of the Bill and Melinda Gates Foundation, as well as other funding such as from the Coalition for Epidemic Preparedness Innovations.

CEPI has so far invested in the development of six vaccine candidates against COVID-19, including projects with the US firms CureVac, Inovio Pharmaceuticals, Moderna (which began trials in mid-March) and with the University of Queensland in Australia.

Depending on the success of their clinical trials, the pharmaceutical company could have a million doses available by December, for further testing and/or a potential emergency situation that garners official approval for use, according to Tech Crunch.

Approval for official use, however, will likely take about a year to a year-and-a-half.

Published at jpost .com on April 7, 2020. Reprinted here for educational purposes only. May not be reproduced on other websites without permission from the Jerusalem Post.

NOTE: Before answering the questions, read the “Background” and watch the video under “Resources.”

2. a) How many volunteers are participating in the first phase of Inovio’s testing of its coronavirus vaccine?
b) When will volunteers receive the two does of the INO-4800 DNA vaccine?
c) When will the initial data from the trial be available?

3. a) What is the purpose of the first trial phase?
b) What will the second clinical trial phase determine?

4. How many doses of the vaccine does Inovio plan on producing by December?

5. If these first phases are successful, how long would it usually take the FDA to approve it for official use?

6. For what reason is the company preparing such a large number of doses before they know if the vaccine will be effective?

7. Inovio’s is the second vaccine to begin clinical trials. In addition, there are several other companies close to starting (or in other countries to have started) trials. How does this news encourage you?

(from an April 6 report by Darrell Etherington at TechCrunch):

The Inovio DNA  vaccine (INO-4800 DNA) candidate works by injecting a specifically engineered plasmid (a small, independent genetic structure) into a patient so that their cells can produce a desired, targeted antibody to fight off a specific infection. DNA vaccines, while available and approved for a variety of animal infections in veterinary medicine, have not yet been approved for human use.

That said, Inovio’s work isn’t starting from scratch: The company previously completed a Phase 1 study for a DNA vaccine candidate for Middle East Respiratory Syndrome (MERS), where it showed promising results and a high level of antibodies produced in subjects that persisted for an extended period of time.

Inovio has been able to scale up quickly, developing and producing “thousands of doses” of INO-4800 in just a few short weeks in order to support its Phase 1 and Phase 2 trials. The company has done so in part thanks to backing from the Bill and Melinda Gates Foundation, as well as funding from other nonprofits and organizations. If clinical trials are successful, Inovio says it will be able to have up to one million doses of the vaccine ready by the end of the year, for use both in additional trials and for potential emergency use pending authorization.

This is the second vaccine to undertake Phase 1 clinical testing on human subjects: Moderna began its trial in mid-March. Inovio’s trial will be made up of 40 volunteers, all healthy adults selected via screening conducted at either Philadelphia’s Perelman School of Medicine at the University of Pennsylvania, or the Center for Pharmaceutical Research in Kansas City. It’ll span the next several weeks, and the company expects data around the immune responses from test subjects, as well as info pertaining to the safety of the treatment for humans, to be available by late this summer.

AND ANOTHER POTENTIAL VACCINE:  On April 2, the NY Post reported:

Scientists at the University of Pittsburgh School of Medicine believe that they’ve found a potential vaccine for the new coronavirus.

The researchers announced their findings April 2 and believe the vaccine could be rolled out quickly enough to “significantly impact the spread of disease.” The scientists say they were able to act fast because they had already done research on the similar coronaviruses SARS and MERS.

The study’s authors are now applying for an investigational new drug approval from the US Food and Drug Administration. They hope to start human clinical trials within the next few months.  The vaccine would be “highly scalable” for widespread use, the researchers said in a news release.  Watch an interview with one of the scientists: