Posted on February 20, 2019 in Wednesday's Example of Media Bias 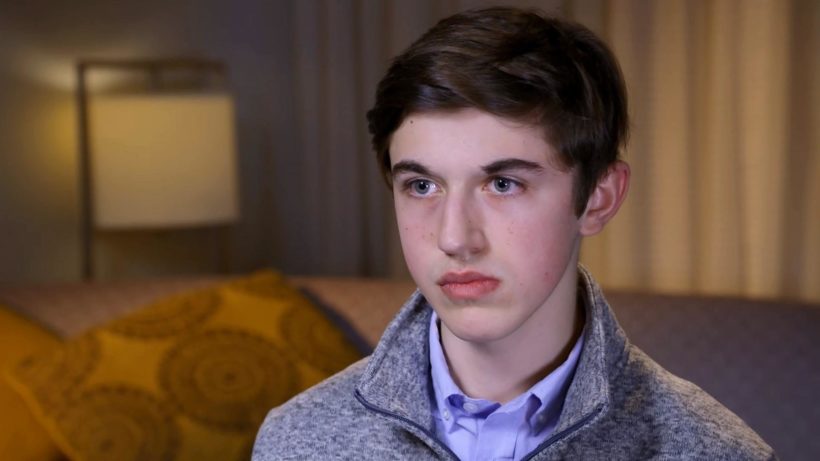 The lawyers for the family of 16-year-old Nicholas Sandmann have filed a lawsuit against The Washington Post, seeking $250 million in both compensatory and punitive damages.

Sandmann, 16, is the Covington Catholic High School junior at the center of a controversy after his face was depicted across social media, along with Native American protester Nathan Phillips.

Attorneys Lin Wood and Todd McMurtry said it’s their first lawsuit on behalf of Sandmann’s family, and additional lawsuits will likely be filed.

The lawsuit claims that the Post “wrongfully targeted and bullied Nicholas because he was the white, Catholic student wearing a red ‘Make America Great Again’ souvenir cap on a school field trip to the January 18 March for Life in Washington, D.C.”

The lawsuit goes on to say that The Washington Post “ignored basic journalist standards.”

According to the lawsuit:

The Post claimed that Sandmann instigated the Jan. 18 encounter when it “conveyed that Nicholas engaged in acts of racism by ‘swarming’” Indigenous veteran Nathan Phillips, “‘blocking’ his exit away from the students and otherwise engaging in racist misconduct,” the lawsuit said.

“The Post ignored basic journalist standards because it wanted to advance its well-known and easily documented, biased agenda against President Donald J. Trump by impugning individuals perceived to be supporters of the president.”

The newspaper carried out a “campaign to target Nicholas in furtherance of its political agenda,” the lawsuit alleges.

And it did this by:

“Using its vast financial resources to enter the bully pulpit by publishing a series of false and defamatory print and online articles which effectively provided a worldwide megaphone to Phillips and other anti-Trump individuals and entities to smear a young boy who was in its view an acceptable casualty in their war against the president,” it added.

The lawsuit further alleged that the Post “bullied an innocent child with an absolute disregard for the pain and destruction its attacks would cause to his life.”

The Sandmanns are now seeking $200 million in punitive damages and $50 million in compensatory damages — the same amount, the lawsuit noted, that “Jeff Bezos, the world’s richest person, paid in cash for the Post when his company…purchased the newspaper in 2013.”

The lawsuit was filed “by and through his parents” Ted and Julie Sandmann in U.S. District Court in the Eastern District of Kentucky.

For its part, The Washington Post issued a statement saying that it is “reviewing a copy of the lawsuit and we plan to mount a vigorous defense.”

A few of the points made in the INTRODUCTION to the lawsuit:

From the lawsuit: During the January 18 incident, Nicholas:

1. 16-year-old Nicholas Sandmann was falsely accused of mocking a Native American elder. The widespread publishing of numerous articles by reputable news organizations like The Washington Post led many people to believe this student did something that he never did and led to numerous death threats against him and his family and school. Some called for all colleges to reject applications from any Covington Catholic students and to otherwise destroy their lives.

Sandmann’s attorneys laid out their evidence that The Washington Post, in a series of six articles, published defamatory and false information about Sandmann, concluding,

As the natural and foreseeable consequence of its actions, the Post knew and intended that its False and Defamatory Accusations would be republished by others, including media outlets and others on social media.

The attorneys say the newspaper published its pieces smearing Sandmann “negligently and with actual malice.”

a) Do you agree with the attorneys’ claim in the lawsuit: “The Post ignored basic journalist standards because it wanted to advance its well-known and easily documented, biased agenda against President Donald J. Trump by impugning individuals perceived to be supporters of the president”? Explain your answer.

b) What responsibility do you think publishers/editors have to confirm the accuracy of a story before reporting it?

Does this information change your opinion about the story? Explain your answer.

b) Publishers/editors have a duty to provide accurate news reports that are not misleading. They should take this responsibility very seriously. The rush to judgement against Trump supporters is wrong. The media displayed bias by repeatedly promoting this false story about a teen, assuming anyone who supports President Trump is racist.