Where is the Easter bunny 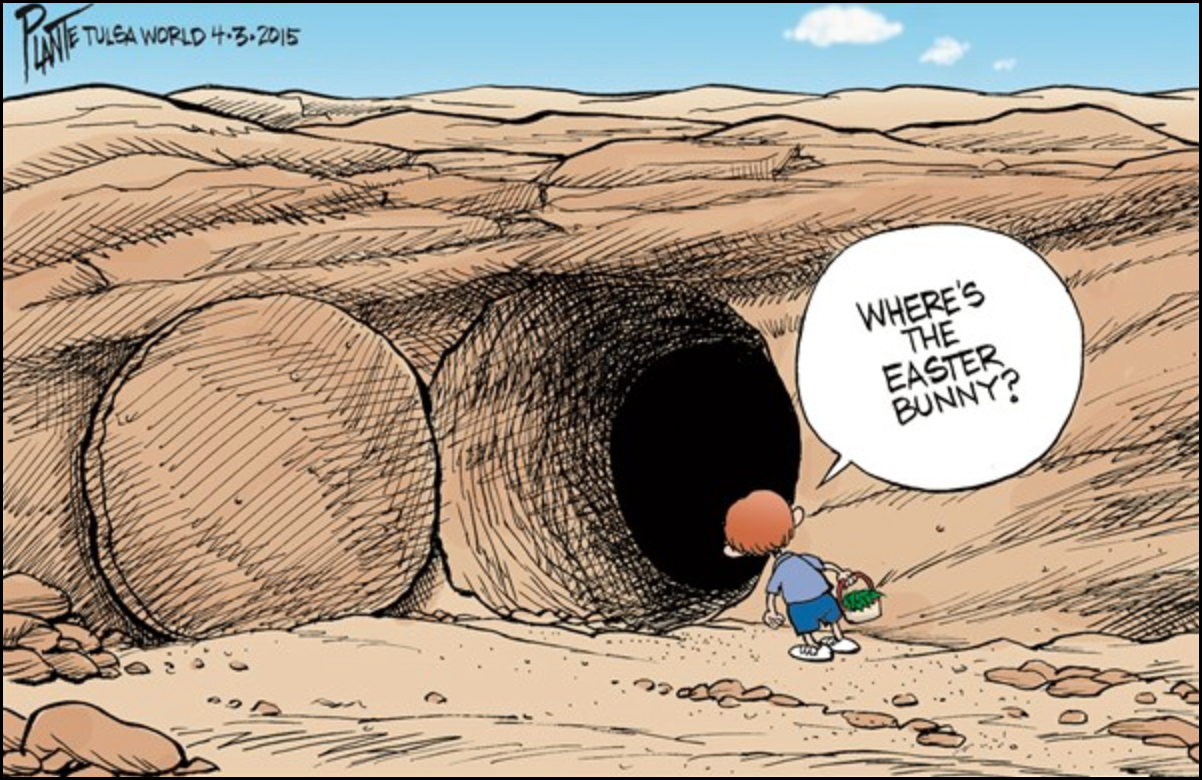 2. The real meaning of Easter is to celebrate the death and resurrection of Jesus Christ.

The empty tomb — depicted in the cartoon above, with the stone rolled away from the entrance to the tomb — is where Jesus, the Son of God, was buried after he was crucified. It is empty because three days after He was crucified and died, He rose from the dead. His purpose in coming to earth (as both fully God and fully man) as a sinless man was to die for the sins of all people, so that anyone, by acknowledging who Jesus is and what He did, can then ask God to forgive his/her sins and be saved. This cartoon illustrates the hope that all people can have through Jesus.

The real meaning of Easter is to celebrate the death and resurrection of Jesus Christ. He is the hope for all people. Read Matthew 28:1-10: