1. Symbol is defined as: something that stands for or suggests something else; a visible sign of something invisible (the lion is a symbol of courage)
What does the donkey symbolize in this cartoon? What does the elephant symbolize?

2. a) What is the main idea of Lisa Benson’s cartoon?
b) Watch the video clip from the State of the Union. Do you agree with Lisa Benson’s assertion in this cartoon? Explain your answer. 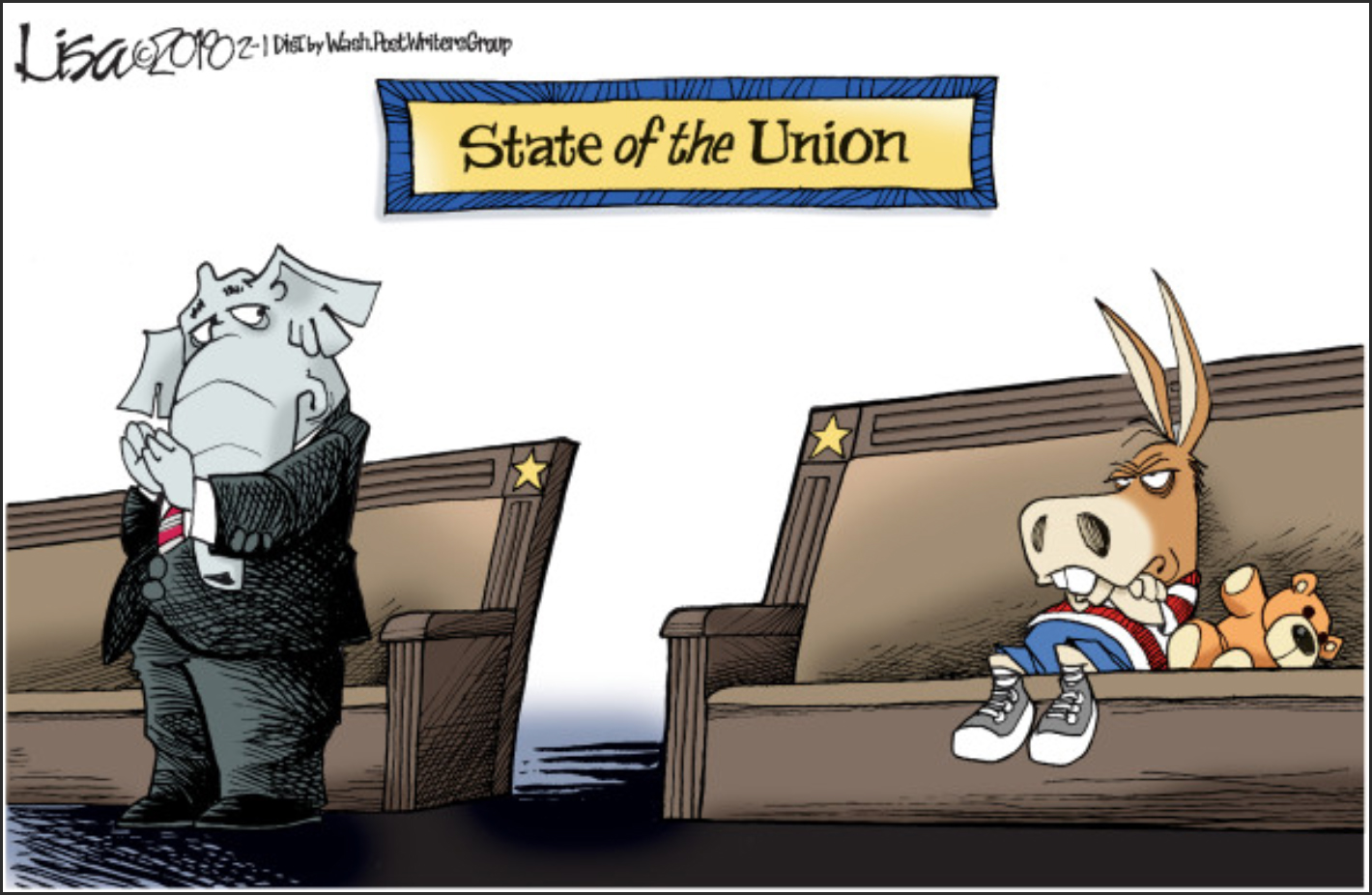 2. a) During President Trump’s State of the Union address this week, with the exception of a few Democrats who face tough re-elections in red states, the Democrats as a party sat mostly stone-faced or angry/bored looking during Trump’s entire speech. They did not applaud any policy he mentioned, including policies they support. Lisa Benson is implying that they were acting like children/babies/sore losers.
b) Opinion question. Answers vary.

Liberal columnist Dana Milbank wrote in his Washington Post commentary “Democrats’ behavior at the State of the Union was embarrassing”:
“Dozens of Democrats refused to stand when the president entered the House chamber, forgetting that one stands out of respect for the office, not the officeholder. … Democrats groaned, scoffed, heckled and made lemon-biting faces….”

Pollster Frank Luntz asked in a tweet:
“Why are @TheDemocrats not applauding job growth, higher wages and the drop in Latino and African-American unemployment? I thought economic success is good for everyone regardless of party.”