An editorial cartoonist often uses humor to illustrate a news item. What recent news item is Mike Lester illustrating in this cartoon? 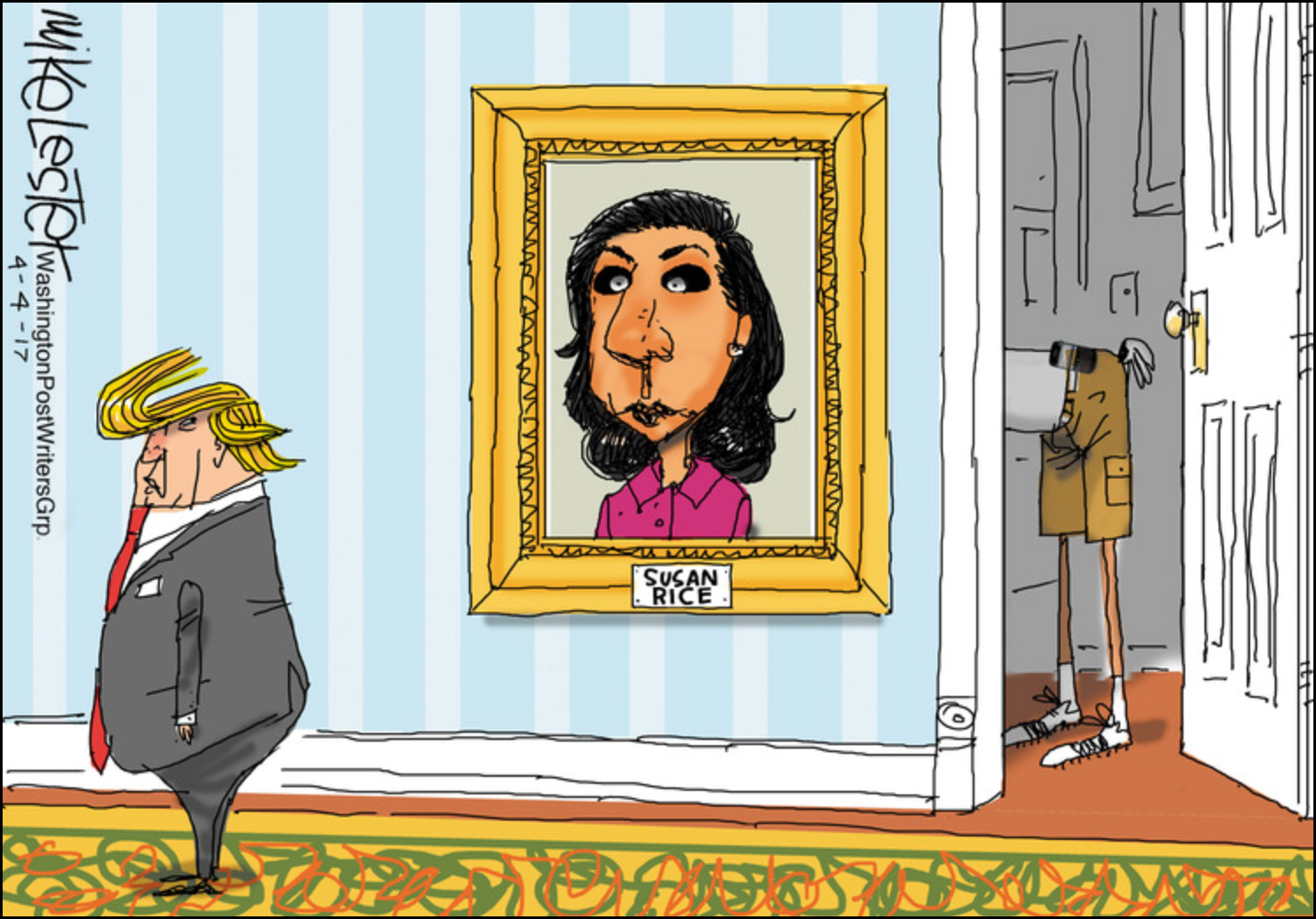 President Obama’s national security adviser Susan Rice tried on dozens of occasions to learn the identities of Trump transition officials whose conversations with foreign officials were “incidentally” collected by US intelligence.