1. Watch the two videos about conservative talk radio host Rush Limbaugh, who died on Wednesday. He had a nationally syndicated show for over 30 years.

Rush was successful because he verbalized what millions in this country think/believe.

He was a sincere man who “believed America is a good and decent place worth preserving.”
How does this idea and those expressed in the videos differ from any news reports you heard/watched about Rush Limbaugh?

2. What do you think is the cartoonist’s intended meaning?

CHALLENGE: Rush Limbaugh’s show was the most-listened-to radio show in the United States.  He had an audience of tens of millions of listeners.  Do you know anyone who listened to Rush? Ask them why they listened. 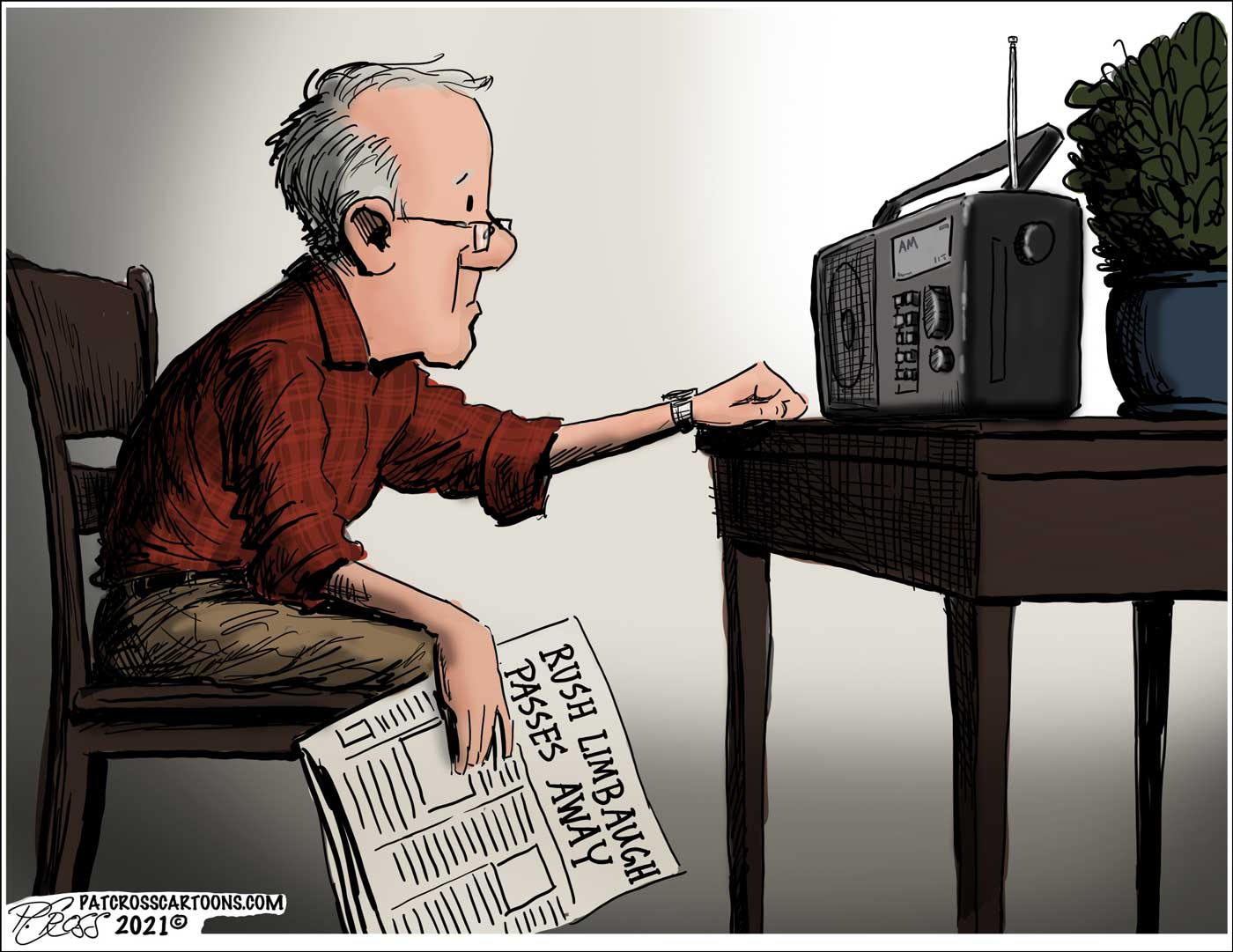