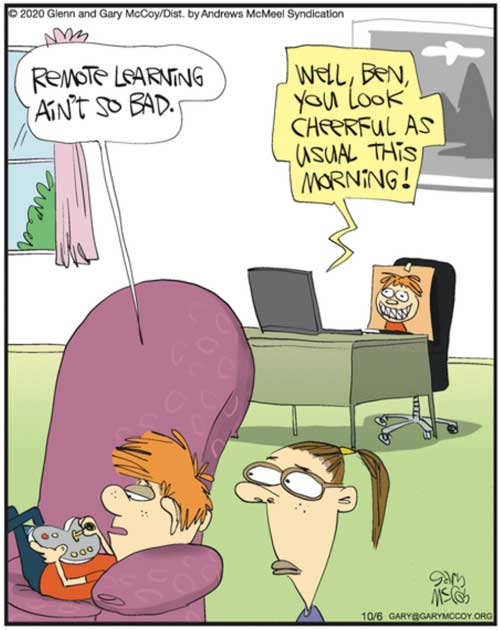 Cartoon by Glenn and Gary McCoy

a) onomatopoeia: a word that imitates or suggests the source of the sound that it describes. Common occurrences of onomatopoeias include animal noises, such as “oink” or “meow” or “roar” or “chirp.”

e) parody: a humorous or satirical imitation of a serious piece of literature or writing; a work in which the style of an author or work is closely imitated for comic effect or in ridicule