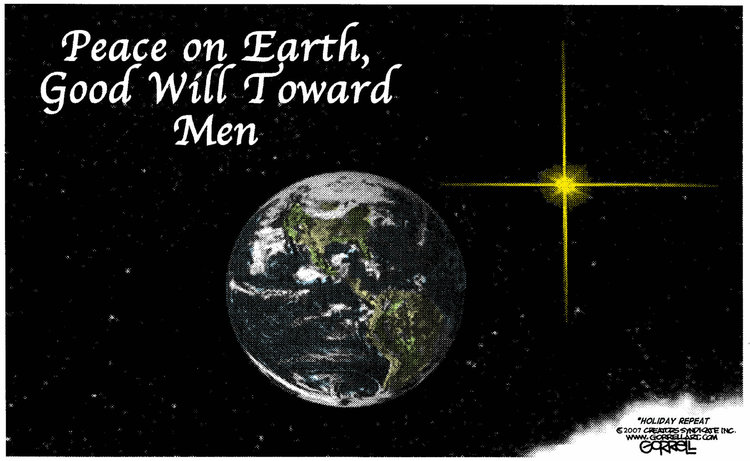 1. a) An angel from heaven [and a large group of angels identified as a heavenly host (an army of angels from heaven)] said “Peace on earth, good will toward men.”
b) The angels were speaking to shepherds.
c) The good news the angels brought was that the savior of all people was born on that day in the city of David (Bethlehem).