1. Democratic presidential candidate Joe Biden, who was a U.S. senator for 36 years, then President Obama’s vice president for two terms, rolled out his “No Malarkey” campaign in December. Define malarkey.

2. One of the types of humor editorial cartoonists use is irony. Irony is defined as when the opposite of what you expect to happen occurs. Describe the irony in Dana Summers’ cartoon.

3. Politico reports: “Biden was mocked all weekend on social media over the slogan, with detractors saying it highlights his disconnect with voters.”
Biden explained to an Iowa crowd, “the reason we named it ‘No Malarkey’ is because the other guys all lie. So we want to make sure there is a contrast, what we’re talking about here.”
a) Why do you think Sen. Biden’s slogan was mocked?
b) The Telegraph writes: “The campaign slogan has left some people baffled while others suggested it showed that Mr Biden was out of touch with younger voters.” What do you think? 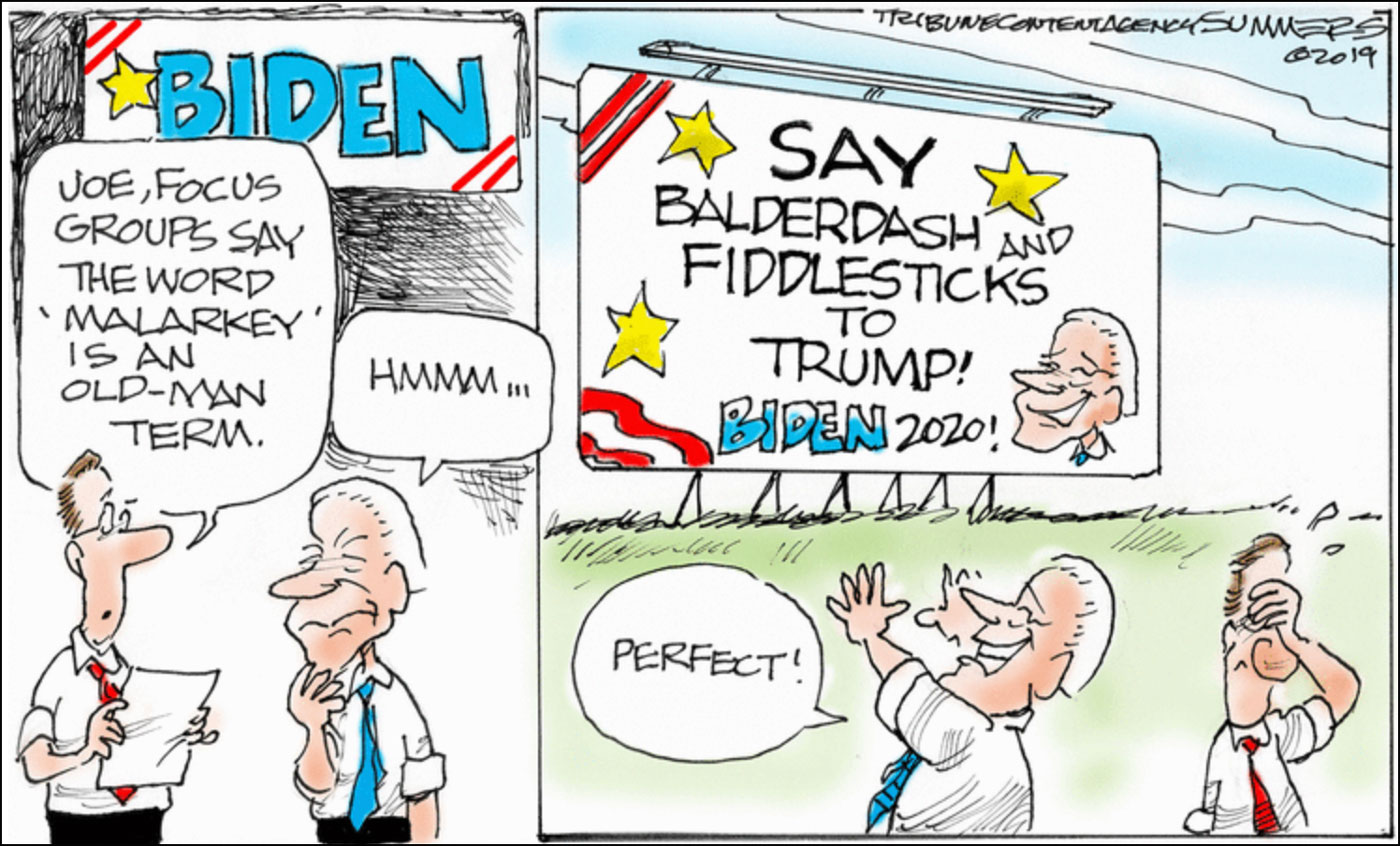 2. In the cartoon, when Senator Biden realizes his slogan is viewed as old-fashioned and out-of-touch, you would expect him to come up with something modern that young people can relate to. Instead, he goes with more of the same – words that no one has used in years: “balderdash” and “fiddlesticks,” which are similar to malarkey, meaning nonsense.

3. a) and b) Opinion questions. Answers vary.