1. A symbol is something that stands for or suggests something else. Editorial cartoonists often use symbols to represent a person, group or idea. (the lion is a symbol of courage) What does the eagle symbolize in this cartoon?

2. Irony is defined as when the opposite of what you expect to happen occurs. Describe the irony of this cartoon. 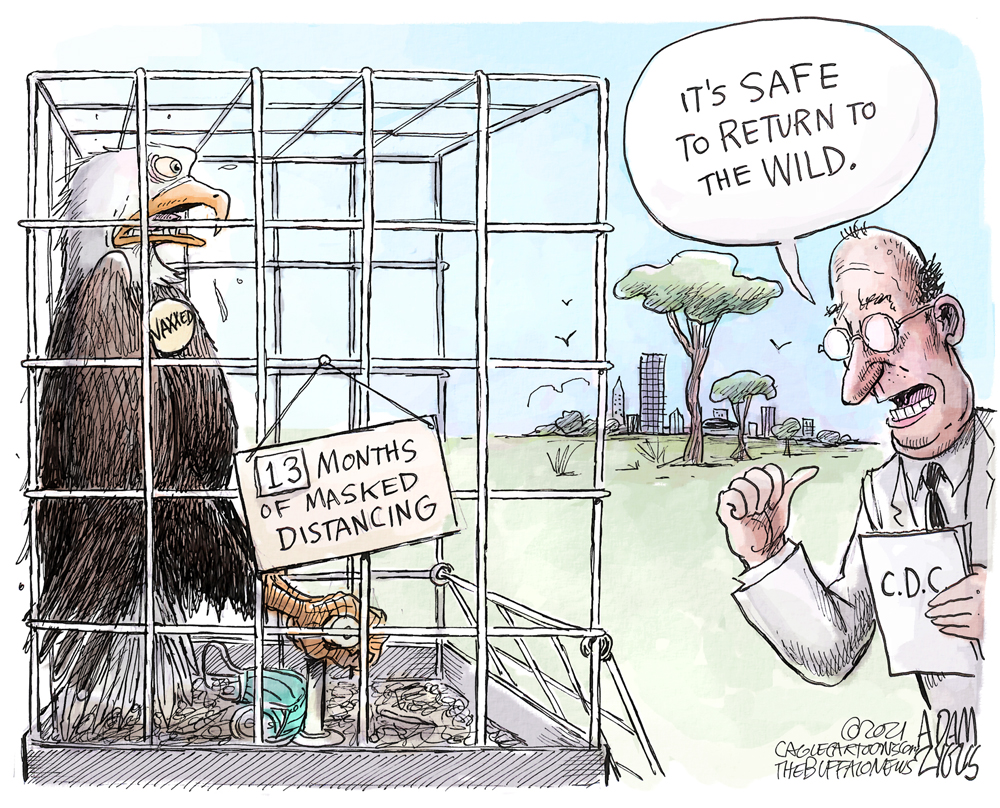 (NOTE: The bald eagle became a national symbol in 1782 when Congress decided it would be represented on the Great Seal of the United States. It was chosen because it represents strength, courage, and freedom and because it is the only eagle native to North America. The Bald Eagle appears on official documents, currency, flags, public buildings and other government-related items. It is used in the military and by government agencies.)

2. We are a free people. When the CDC announced on May 5 that people who have been vaccinated no longer need to wear masks indoors and can resume all normal activities, you expected all to do so. Instead, a significant number people who have been vaccinated refuse to stop wearing their masks (even outside) and some appear fearful to do so. It is the opposite of what you would expect Americans to do – or how you expect Americans to act (confident, courageous and undaunted).