1. To what recent news item does this cartoon refer? Explain the controversy surrounding this news item.

CHALLENGE QUESTION: Who was the most successful third party candidate in U.S. history? (Who won the largest percentage of the popular vote?) 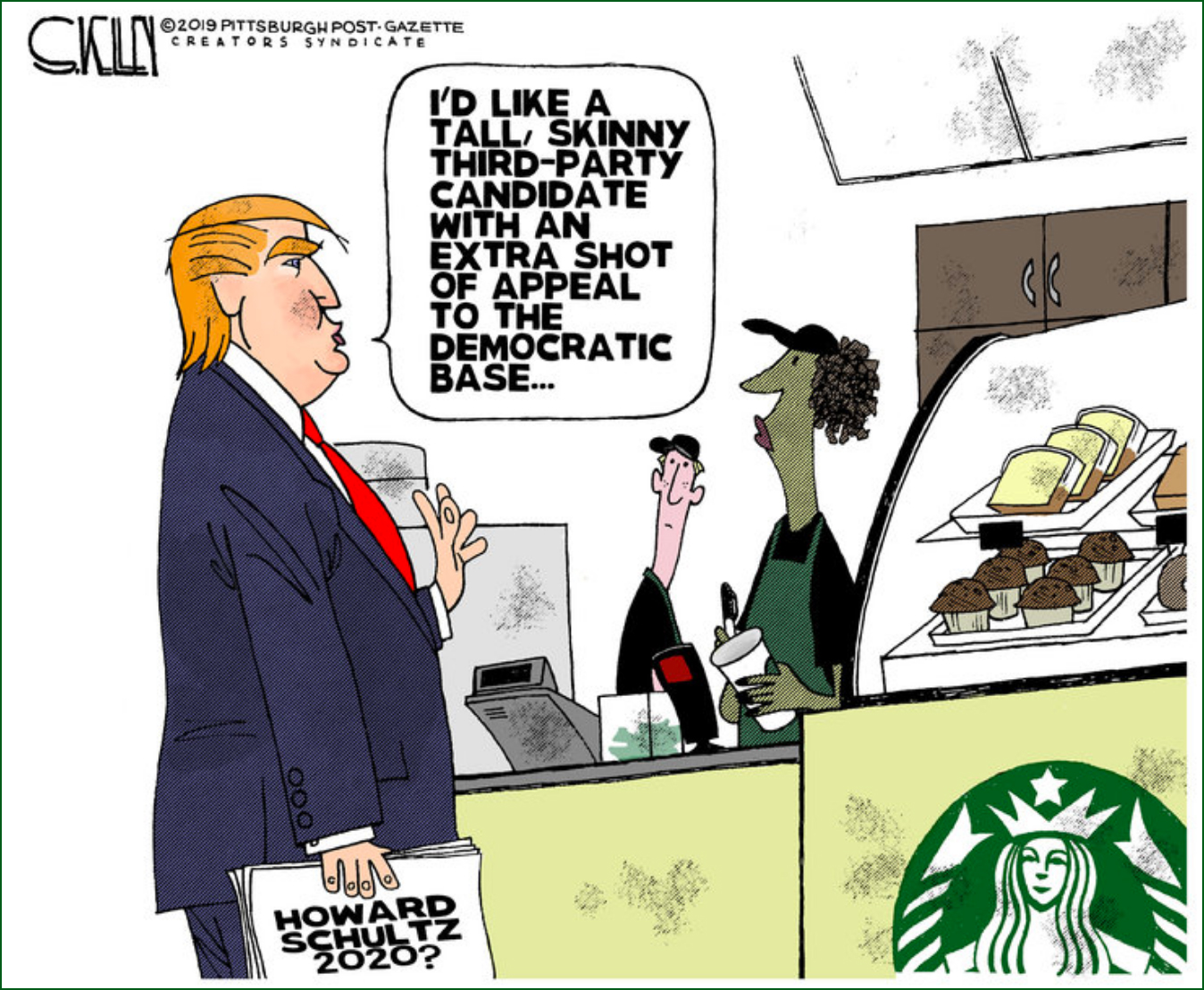 1. Howard Schultz — the billionaire former Starbucks CEO and longtime Democrat announced this week that he is “seriously thinking of running for president” as a self-funded “centrist independent.”

This is controversial among Democrats, who have called on him not to run. Third party candidates hurt the candidate of the party to which they are most aligned. A third party candidate could change a state’s winner by gaining enough votes that would have otherwise gone to the major party. In this case, states that would be won by the Democratic presidential candidate could possibly be lost if some Democratic voters voted for the independent Democrat-leaning Howard Shultz, thereby ensuring Donald Trump win re-election.

CHALLENGE QUESTION: In 1992, Ross Perot ran as an independent and won 19 percent of the popular vote, in the most successful third-party bid in U.S. history.