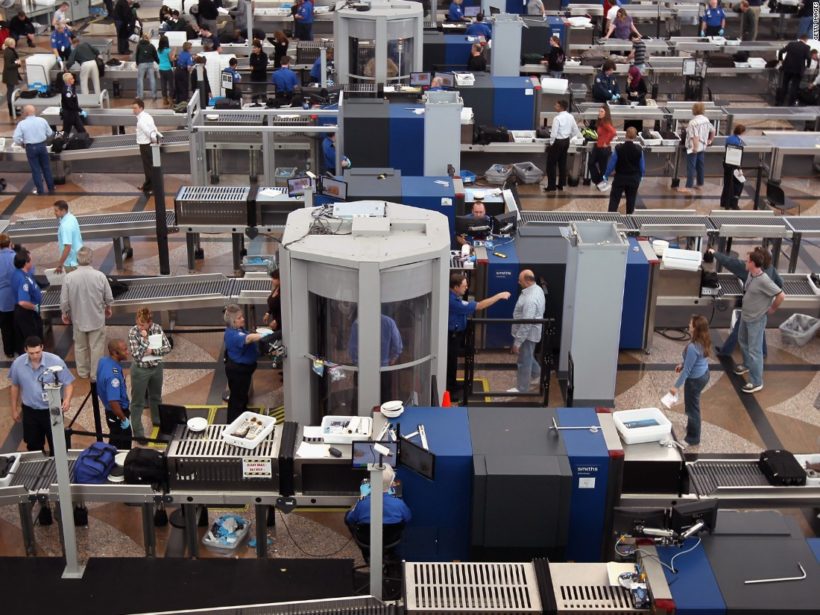 (by Marisa Schultz, The New York Post) WASHINGTON – Two top federal watchdogs warned Tuesday that the Transportation Security Administration (TSA) agents are failing in their mission to secure airports — and are allowing weapons to slip through their supposedly thorough checks.

One lawmaker who reviewed classified information on the number of times weapons were smuggled past TSA screeners in undercover tests called their performance “horrific”:

“In looking at the number of times people got through with guns or bombs in these covert testing exercises it really was pathetic. When I say that I mean pitiful,” said Rep. Stephen Lynch (D-Mass.) “. … Just thinking about the breaches there, it’s horrific.”

TSA security failures were in the spotlight before the House Oversight Committee Tuesday as auditors outlined cultural and systemic problems at the agency charged with keeping airlines and their passengers safe.

“It’s a full system review,” said Neffenger, who has been on the job for four months.

Among the immediate changes are:

The hearing comes after preliminary results of the inspector general investigation were leaked this summer that found screeners failed to detect 95 percent of prohibited items – including weapons and plastic explosives – planted by undercover investigators posing as passengers.

The final report on covert testing was completed in September and distributed in a classified setting.

“If it was publicly known, people would scream for some change,” Rep. John Mica (R-Fla.) said of the results.

Congressman Mica called for a complete overhaul of TSA to focus on the less than 1 percent of people who pose a threat instead of the rest of travelers.

“You need to get out of the personnel business and back into the security business,” Mica said.

Members of Congress were generally willing to let Neffenger have some time to improve the beleaguered agency, but warned he will be closely monitored.

“You should get used to seeing us on a regular basis,” said Rep. Elijah Cummings (D-Md.).

1. Define the following words as used in the article:
watchdog

2. What is the purpose/mission of each of the following mentioned in the article?

3. How did Congressman Stephen Lynch (D-Mass) describe the classified information he reviewed on undercover tests of TSA screeners?

4. a) What did the GAO’s investigation find?
b) What did DHS inspector general John Roth say his office found?

5. What changes did the new TSA administrator say would immediately take place?

6. Why did the House Oversight Committee initiate the hearing on the TSA?

7. Why did the security failures occur, according to DHS inspector general Roth?

8. In what three areas did the TSA fail according to Jennifer Grover at the GAO?

10. Watch the news report under “Resources.” Do you agree with the suggestion by CATO? Explain your answer.

QUESTION FOR DISCUSSION:
a) When the preliminary results of the investigation were leaked in June, the head of the TSA was reassigned. Should he have been fired?
b) The reporter concludes, “Members of Congress were generally willing to let [the new TSA head] have some time to improve the beleaguered agency, but warned he will be closely monitored.” The reporter notes that the federal auditors acknowledged some improvement under Neffenger. Congress is willing to give him more time. Are you willing to give him more time?
c) One of the major changes Neffenger is making is: measuring TSA agents’ performance by the number of banned items detected rather than passenger wait-times. Do you think this will increase wait times for passengers going through security?

Visit the page for the House Oversight Committee hearing on TSA Security Gaps.

The administrator of the TSA and two Homeland Security Department officials testified at a House Oversight Committee hearing on airport security. Watch a news clip below:

Watch the June 1 news report from ABC News when the results of the investigation were first leaked: