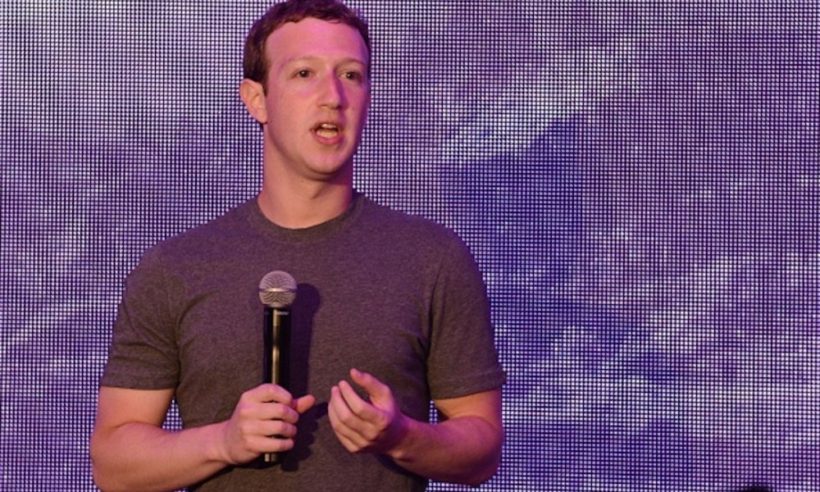 (by Michael Nunez, Gizmodo) – Depending on whom you ask, Facebook is either the savior or destroyer of journalism in our time. An estimated 600 million people see a news story on Facebook every week, and the social network’s founder Mark Zuckerberg has been transparent about his goal to monopolize digital news distribution. “When news is as fast as everything else on Facebook, people will naturally read a lot more news,” he said in a Q&A last year, adding that he wants Facebook Instant Articles to be the “primary news experience people have.”

Facebook’s stranglehold over the traffic pipe has pushed digital publishers into an uneasy alliance with the $350 billion behemoth, and the news business has been caught up in a jittery debate about what, precisely, the company’s intentions are. Will it swallow the news business whole, or does it really just want publishers to put neat things in users’ news feeds? For its part, Facebook – which has recently begun paying publishers including Buzzfeed and the New York Times to post a quota of Facebook Live videos every week – bills its relationship with the media as a mutually beneficial landlord-tenant partnership.

But if you really want to know what Facebook thinks of journalists and their craft, all you need to do is look at what happened when the company quietly assembled some to work on its secretive “trending news” project. …According to five former members of Facebook’s trending news team – “news curators” as they’re known internally – Zuckerberg & Co. take a downright dim view of the industry and its talent. In interviews with Gizmodo, these former curators described grueling work conditions, humiliating treatment, and a secretive, imperious culture in which they were treated as disposable outsiders. After doing a tour in Facebook’s news trenches, almost all of them came to believe that they were there not to work, but to serve as training modules for Facebook’s algorithm.

Launched in January 2014, Facebook’s trending news section occupies some of the most precious real estate in all of the internet, filling the top-right hand corner of the site with a list of topics people are talking about and links out to different news articles about them. The dozen or so journalists paid to run that section are contractors (called curators) who work out of the basement of the company’s New York office.

“We were housed in a conference room for two-and-a-half months,” said one former curator (all former curators insisted on anonymity out of concerns over violating their non-disclosure agreements with Facebook). “It was clear that Zuckerberg could squash the project at any moment.”

“It was degrading as a human being,” said another. “We weren’t treated as individuals. We were treated in this robot way.”

This section [the trending news section] drives a substantial number of monthly views to news outlets. Facebook wouldn’t specify, but anecdotal evidence suggests that being featured in the trending widget boosts clicks to a story by many thousands. The trending news section is responsible for dictating many of the stories the average person reads when they’re using Facebook. But nobody really knows much about how it works – and the company isn’t telling.

The trending news section is run by people in their 20s and early 30s, most of whom graduated from Ivy League and private East Coast schools like Columbia University and NYU. They’ve previously worked at [liberal media] outlets like the New York Daily News, Bloomberg, MSNBC, and the Guardian. Some former curators have left Facebook for jobs at organizations including the New Yorker, Mashable, and Sky Sports.

According to former team members interviewed by Gizmodo, this small group has the power to choose what stories make it onto the trending bar and, more importantly, what news sites each topic links out to. “We choose what’s trending,” said one. “There was no real standard for measuring what qualified as news and what didn’t. It was up to the news curator to decide.” …

When the curators, hired by companies like BCForward and Pro Unlimited (which are then subcontracted through Accenture to provide workers for Facebook), arrive at work each day, they read through a list of trending topics ranked by Facebook’s algorithm from most popular (or most engaged) to least. The curators then determine the news story the terms are related to.

The news curation team writes headlines for each of the topics, along with a three-sentence summary of the news story it’s pegged to, and choose an image or Facebook video to attach to the topic. The news curator also chooses the “most substantive post” to summarize the topic, usually from a news website. The former contractors Gizmodo interviewed said they were asked to write neutral headlines, and encouraged to promote a video only if it had been uploaded to Facebook. They were also told to select articles from a list of preferred media outlets that included sites like the New York Times, Time, Variety, and other traditional outlets. They would regularly avoid sites like World Star Hip Hop, The Blaze, and Breitbart, but were never explicitly told to suppress those outlets. They were also discouraged from mentioning Twitter by name in headlines and summaries, and instead asked to refer to social media in a broader context.

News curators also have the power to “deactivate” (or blacklist) a trending topic – a power that those we spoke to exercised on a daily basis. A topic was often blacklisted if it didn’t have at least three traditional news sources covering it, but otherwise the protocol was murky – meaning a curator could ostensibly blacklist a topic without a particularly good reason for doing so. (Those we interviewed said they didn’t see any signs that blacklisting was being abused or used inappropriately.)

In early 2015, when Facebook’s trending news project was still in its infancy, there weren’t many rules about how curators did the rest of their job. “It was all pretty easy breezy,” said one. “We were trained on the basics of everything, then we were thrown into the deep end” with some supervision. ..…

According to one contractor, a colleague sent around a letter asking if people were unhappy with their working conditions. Managers told contractors not to mention that they worked at Facebook on their resumes or in any public profiles. “I got the sense that they wanted to keep the magic about how trending topics work a secret,” said another former news curator. “We had to write in the most passive tense possible. That’s why you’d see headlines that appear in an alien-esque, passive language.” Despite management’s best efforts, many of the contractors are publicly listed in a simple LinkedIn search.

One reason Facebook might want to keep the trending news operation faceless is that it wants to foster the illusion of a bias-free news ranking process—a network that sorts and selects news stories like an entirely apolitical machine. After all, the company’s entire media division, which is run by Facebook’s managing editor Benjamin Wagner, depends on people’s trust in the platform as a conduit for information. If an editorial team is deliberating over trending topics—just like a newspaper staff would talk about front-page news—Facebook risks losing its image as a non-partisan player in the media industry, a neutral pipeline for distributing content, rather than a selective and inherently flawed curator.

That said, many former employees suspect that Facebook’s eventual goal is to replace its human curators with a robotic one. The former curators Gizmodo interviewed started to feel like they were training a machine, one that would eventually take their jobs. Managers began referring to a “more streamlined process” in meetings. As one former contractor put it: “We felt like we were part of an experiment that, as the algorithm got better, there was a sense that at some point the humans would be replaced.”

When asked about the trending news team and its future, a Facebook spokesperson said, “We don’t comment on rumor or speculation. As with all contractors, the trending review team contractors are fairly compensated and receive appropriate benefits.”

According to those we interviewed, their peers still at Facebook believe their jobs are being phased out. From a group of about 20, Facebook has fired at least eight people this year, and according to former curators, the company has yet to replace any of them. “They had hired us and promised us a job for at least a year,” said one. “Within three months, six of us were fired. No reason was given. We were just told ‘the company is cutting back.’”

“It’s an experiment,” this person said. “They are just running tests to see what would increase engagement. At the end of the day, engagement was the only thing they wanted.”

The data Facebook is gleaning from upwards of 1 billion users clicking through the trending news module could have a significant impact on the future of news – what we read, how, and from which sources. A future that, if it’s not being determined by a group of 20-something contractors in a basement, will be determined in part by the algorithm that group trained. “They have it down to a science,” said one former curator. “We were truly slaves to the algorithm.”

1. a) Define trending.
b) When was Facebook’s trending news section launched?

3. How is the news in the trending news section chosen? What do the curators do after choosing the news? Be specific. (see para. 10-12)

4. What is Mark Zuckerberg’s goal for Facebook’s Instant Articles?

5. a) What did managers tell contractors (curators) not to do?
b) Why did one news curator think the managers made this request?

6. Re-read para. 16. What do you think of this hypothesis? Explain your answer.

7. From the last paragraph: “The data Facebook is gleaning from upwards of 1 billion users clicking through the trending news module could have a significant impact on the future of news – what we read, how, and from which sources.” Do you think this is possible? Explain your answer.

CHALLENGE: Read this week’s commentary “Facebook Employees Asked Zuckerberg If They Should Try to Stop Trump” and answer the questions.